Dr. James White claims that Psalm 33 is biblical evidence of exhaustive divine determinism (EDD) and reason to reject the idea that humans possess libertarian freedom. In 2018 Tyson James published an article here on the FreeThinking Ministries website suggesting otherwise. At the end of 2021 James White made two videos in response to Tyson’s article.

Libertarian Freedom: (1) Referring to an agent’s choice, action, evaluation, or judgement that is not causally determined by something or someone else. Tyson has put it this way: “Libertarian freedom is the ability to choose such that antecedent conditions are insufficient to causally determine one’s choice.” (These definitions of libertarian freedom hold whether or not there are alternative possibilities.)

Moreover, with 1 Corinthians 10:13 in mind, we can also understand libertarian freedom in this manner:

(2) The opportunity to exercise an ability to choose among a range of options (at least two), each of which is compatible with one’s nature in a circumstance where the antecedent (previous) conditions are insufficient to causally determine or necessitate the agent’s choice.

Causal determinism: The idea that antecedent conditions are causally sufficient for an effect.

Exhaustive natural determinism (END): the idea that the laws and events of nature causally determine all effects—especially all things about humanity, which would include all thoughts, beliefs, actions, behaviors, evaluations, and judgments.

Exhaustive divine determinism (EDD): the idea that God causally determines all effects—especially all things about humanity, which would include all thoughts, beliefs, actions, behaviors, evaluations, and judgments.

With key terms defined, Tyson and I provided a long but extremely thorough rejoinder showing that White is engaged in eisegesis while claiming to merely be doing exegesis. For the uninitiated, exegesis is good and eisegesis is bad! When one engages in exegesis, they allow the text of scripture to speak for itself. If one is committing eisegesis, they (typically unwittingly) make the text say what they want it to say by bringing one’s own preconceived ideas or philosophical assumptions into the text of scripture. Those who desire to know the actual truth 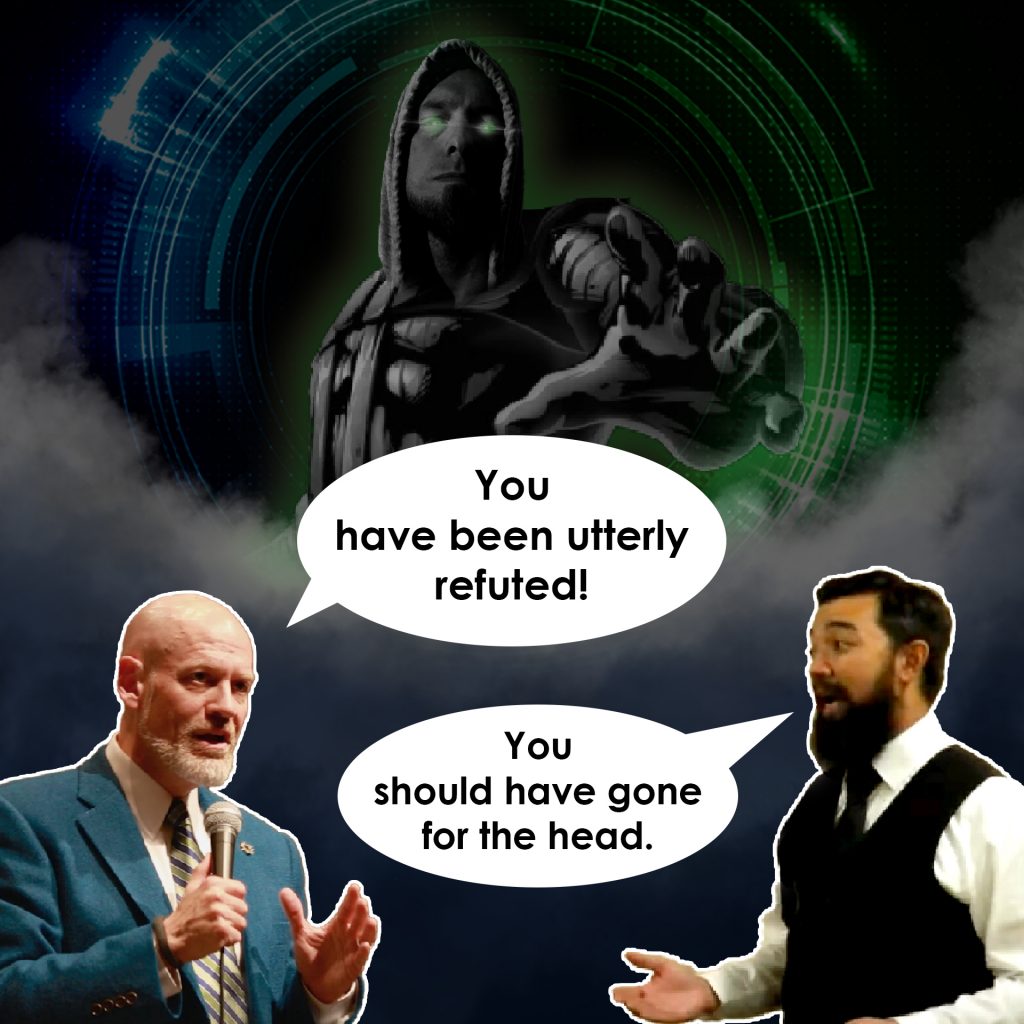 of God’s inspired Word are committed to exegetical practices.

White said that “God’s sovereignty is so beautiful and so powerful and so righteous and so glorious that not only did Pilate do what his nature led him to do – now, God’s restraining… he’s fallen man… he’s fallen Adam. He has a corrupt heart. He has a heart of stone. So, God will restrain that heart of stone from doing things that he doesn’t want.”

In response, Tyson explained that on the one hand, White says that if man’s choices are free, then he is a god. And since he takes it as impossible for God to create another God, this implies that it’s impossible for man to have free will. But then on the other hand, he says here that there doesn’t have to be any force in man’s choosing or doing what he does. However, Tyson pointed out that this is exactly what determinism is! It’s causally necessitating a choice or action. This is why the language of “restraint” is just so awkward and inconsistent when combined with determinism. What exactly is God restraining if man doesn’t have free will?

I noted that according to White’s EDD view of Calvinism, ultimately God seems to be “restraining” his own actions. God would be “restraining” what He has previously causally determined to occur.

This is absurd. The mad scientist should not be praised but ought to go to jail for causally determining all the calamity in the first place. According to White’s EDD-Calvinism, this is what we are left with when saying that “God restrains evil.”

Tyson asked the rhetorical questions: “Why is it that man has the nature he has? Why did Adam fall? Why does he have a corrupt heart, a heart of stone?

Tyson answers from the Calvinist’s point of view: “It’s because God causally necessitates it!”

He continued: “This is exactly why the charge sticks that on determinism God is the author of evil. It’s because he moves the will to sin. He holds creatures responsible for the sin that he moved their wills to do. And that’s exactly why more and more people are saying, “Hold on. That’s not what’s going on in the Bible. That’s not consistent with “God is love.” And that’s why more and more people are realizing that Molinism is much more compatible with Scripture than determinism.”

After watching the video where Tyson James and I demonstrate, contra the claims of James White, that God’s inspired Word implies that humans possess libertarian freedom and that EDD is false, Scott Thong Yu Yuen (a master of memes) made a meme making our point. This meme is worth 1000 words. 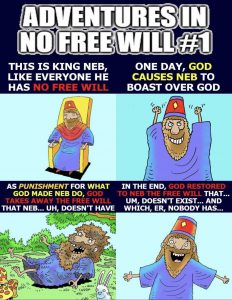 If one still fails to see the absurdity of EDD, Scott made one more meme for good measure. 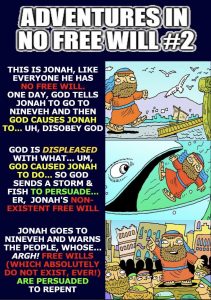 Bottom line: If God causally determines all things all the time (which is what is meant by EDD), then what exactly is God supposed to be “restraining” according to the EDD-Calvinism view? Indeed, on this view it seems that God is a “house divided.”

If one finds EDD-Calvinism absurd, I recommend a better option which logically affirms the exhaustive predestination (not to be confused with causal determination) of human libertarian free choices: Mere Molinism!