The COVID-19 “quarantine” wasn’t all bad. Sure, no one likes being sentenced to “house arrest,” but I enjoyed spending some extra time with my wife and 17-year-old son (I did not take those moments for granted). The dreaded coronavirus, however, shut down Hollywood, movie theaters, restaurants, and sporting events. Being sequestered at home, my family and I considered other entertainment options.

A friend told me about The Walking Dead — a series featuring survivors of a zombie apocalypse fighting to survive amidst a constant threat of attacks from mobs of the undead, colloquially referred to as “walkers.” I went to Netflix and saw nine seasons awaiting our binge-watching pleasure. My wife and I decided to give the first episode a shot and the next thing you know, we had watched all nine seasons in just a few weeks.

I think there is much one can learn from this series. During “insane times,” for example, it is good to have several others to partner with to ensure mutual survival and flourishing. It is also vital to realize the importance of sharing the same set of core values and agreeing upon the same set of “rules” or morality for any group to flourish. If a group does not possess an agreed upon “constitution” the group will fall.

“I know this sounds insane, but this is an insane world!”

Oh, and one of the most important take-aways is this: guns and ammunition are vital; never surrender your weapons!

Aside from these practical lessons, The Walking Dead also provides a good opportunity to philosophize about the nature of zombies. These “walkers,” as the title implies, are technically dead. It seems the soul (the person) who previously inhabited the body has “left the building.” Thus, the zombies do not possess the ability to reason or think logically (the FreeThinking Argument Against Naturalism describes how the human soul makes rationality possible). The walkers (also referred to as “biters”) simply respond to stimuli; namely, to consume flesh and blood.

A single walking corpse is not a serious threat to a seasoned survivor. Even a handful of zombies can easily be dispatched by Rick Grimes and company. However, when the zombies accumulate to the size of a mob, all bets are off. These mobs are extremely dangerous and will overwhelm and destroy rational humanity with sheer brute force.

After binge-watching the entire Walking Dead series, I went to sleep that night finding solace reminding myself that mobs of non-rational “walkers” seeking to destroy humanity do not exist. To my horror, I woke up the next day to the realization that zombies do exist! That is to say, mobs of seemingly non-rational “woke-ing dead” have taken to the streets seeking to destroy rational civilization as we know it.

If one attempts to reason with the woke zombies, the mob will simply raise their voices, scream louder, destroy property, break more windows, and physically assault those who disagree. Reason is not an option. Rational conversation is futile. In fact, appealing to logic, reason, and rationality is rejected as merely “western” or “racist” by the mob.

“You ever heard about the broken window theory? Boils down to this– you keep the windows intact, you keep society intact.”

James Lindsay notes why it seems to be impossible to have a logical or reasonable conversation with a “woke zombie.” Lindsay explains that: “Debate and conversation, especially when they rely upon reason, rationality, science, [and] evidence . . . are not their methods and they reject them.” This irrationality is exemplified by Margaret L. Anderson’s assertion in Race, Class, and Gender: “The idea that objectivity is best reached only through rational thought is a specifically Western and masculine way of thinking.” In other words: rational thought is “racist” because it’s merely the product of old white males.

Not only is this lack of critical thinking sad, it is extremely dangerous. It is sad because if one rejects reason, they become unreasonable. If one rejects rationality they become irrational. If one rejects science and evidence what remains? Indeed, one can see that the comparison to modern mobs in the streets and zombies is not an extreme comparison at all. This rejection of rational thought is dangerous because as I have noted elsewhere: “If one rejects logic, all one is left with is gibberish, temper tantrums, and perhaps physical violence.” Given the growing woke mobs of non-rational zombies flooding the streets, I fear mass-violence is on the horizon. Prepare for battle!

An Un-Perfect Analogy with the Un-Dead

Unlike the zombies in The Walking Dead, the mob of The Woke-ing Dead in the streets of America today — although they behave remarkably similar to the zombies in the show — are each human beings created in God’s image. Believers are called to love them and to attempt to reason together with them (Isaiah 1:18). With that said, be careful — zombies are bad, but sometimes humans are worse.

Be that as it may, Christ-followers are called to love those who consider you an enemy (even when it’s not your greatest desire). You are called to share the Gospel and fulfill the Great Commission. But even if these “zombies” are not willing to listen, all hope is not lost. Rational Christians must be a loud voice of reason in the public square and on social media (while it is still possible) and reason with those who have not yet been infected with poisonous Marxist philosophy. Inoculate humanity with an epistemic foundation and reasons for reality before they are exposed to this pandemic of irrationality. Start here:

When one has a proper grasp of ultimate reality — God — then certain political and cultural views usually fall into their proper place. When this occurs, the woke-ing dead often become born again and typically begin thinking clearly. Sharing the Gospel intertwined with apologetics is more important today than ever before. So be proud, loud, logical, and loving while telling the masses about the Good News! Be strong and courageous, for the Lord is with you (Joshua 1:9).

“We’ve been praying together. Praying that God will save our town. Well, our prayers have been answered. God will save Alexandria because God has given us the courage to save it ourselves.”

— Father Gabriel Stokes (The Walking Dead, Season 6: No Way Out)

If you succumb to fear, however, the zombies will eventually eat your face! 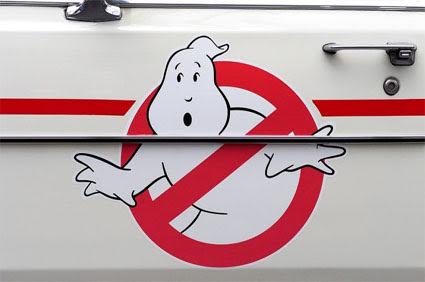 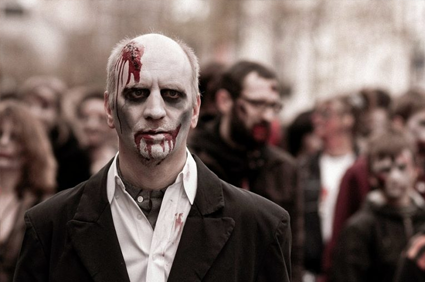