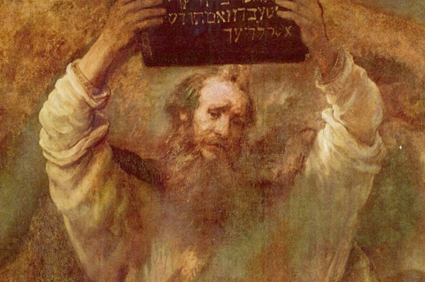 Unbelievers rip its verses out of textual and historical context. Christians use expired laws as bludgeons and others’ promises as life-verses. Just admit it: You don’t understand the Old Testament.

And that’s okay. The OT writings are thousands of years old. They consist of various literary genres like history, poetry, and prophecy. And what about all of those weird laws? Why do Christians like to cite restrictions against homosexuality but ignore the ones against eating shellfish and wear polyester? (You’ve never heard that before, right?)

That is specifically what this article hopes to clear up: the OT rules. Maybe all of them are still kosher (see what I did there?). Maybe it’s all obsolete. Perhaps it’s somewhere in between. But then how do we know which rules are still valid and binding and which ones aren’t? Let’s get a quick primer on OT law (from now on referred to as the Law, with a capital L).

First, let me cut right to the chase: We are no longer bound to the Law. But that doesn’t mean it’s all useless. Read on and I’ll explain.

Hopefully the OT makes more sense now. When reading through all the various laws, look for the universals. Is there a deeper purpose for this law or section of laws? Now, some rules are just plain weird and we may never understand them through modern, Western eyes. But we have plenty of guidance through the NT to determine what the law of Christ is and what is sinful.

So please stop abusing the OT. Christians, I’m looking at you first. If you’re seeking evidence that something is wrong, start with the NT and go from there. And we can’t steal ancient Israel’s promises for ourselves (cough, Jeremiah 29:11). Non-Christians, if you haven’t studied the OT, please stop quoting it against us. There’s a lot going on literally, culturally, and historically. That’s why people go to seminary for years to study it. I’m not claiming to be an expert myself, just someone who has given it some thought and reflection. And I still have a lot to learn.

One thing that’s certain is that we all need to study our Bible more and be more careful when we use it. Because it isn’t just some book; it’s “living and active, sharper than any two-edged sword, piercing to the division of soul and of spirit, of joints and of marrow, and discerning the thoughts and intentions of the heart” (Hebrews 4:12). God’s word is powerful and not to be taken lightly. Please handle it with care.