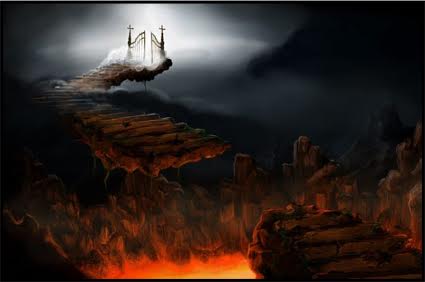 I have recently stumbled across your FreeThinking Ministries website and am loving it. I found your site as I was searching for a way to respond to an atheist family member who has a variety of objections to God but I think the primary objection centers around: “If God is omniscient and omnibenevolent why would he create some people that he knows are going to reject him and end up in Hell?”

Is there a blog on your site that addresses this or do you have any recommendations for me? Unfortunately neither of us have philosophy degrees so some stuff I have found elsewhere is practically incomprehensible (please keep it simple).

Thanks for your time and again I really appreciate your website. God Bless!

Thank you for your question and encouragement, Scott!

The easy answer is that God knew some atheists (for example) would have children or grandchildren who would freely choose to love God in return for eternity! In fact, I have a good friend who was born and raised in a home with atheist parents. He started coming to “apologetics and breakfast” meetings I was having at a local restaurant. He came to argue — and did for several weeks.

I will never forget when this young atheist proclaimed, “The only reason you’re a Christian is because you were raised in a Christian household!” I responded: “Well, then, the only reason you are an atheist is because your parents are atheists!” I continued and said, “Let’s avoid the genetic fallacy and think logically; God either exists, or He does not exist — one of us is wrong. Let’s examine the evidence!”

With my friend in mind the answer becomes clear. Why would God create these atheist parents? Because He knew that if these two atheists got together and had a son, then their son would freely choose to reject their atheistic beliefs and accept Jesus Christ as his personal Lord and Savior.

Now, one might object with the following: “What if an atheist or any non-Christian never has kids? Why would God create him or her?” I think the answer is found in the influence people have on others that goes far beyond one’s DNA. I like to consider my spiritual lineage to make a similar point.

My grandpa graduated from Harvard (top of his class) and joined the military to fight against Hitler in WWII. If it were not for Hitler there would not have been a second World War and my grandpa’s life would have been much different. However, it was in this war against Hitler that my grandpa devoted his life to Christ (perhaps God knew that he would not freely devote his life to following Jesus in any other set of circumstances). My grandpa then passed the gospel message to my mom, and also eventually to me. I have shared the gospel message with countless people in some form or another (from face to face to Facebook).

Suppose I have shared the gospel with one million people and only a  1,000 of these folks freely chose to respond and submit their lives to Christ. Then suppose each of them led 100 people to Christ. Now suppose one of the 100,000 Christians that resulted from my grandpa’s conversion in WWII (caused by Hitler) led to the next Billy Graham coming to know Jesus Christ personally (who is not a genetic relative to my grandpa). He goes on and leads another billion people to have a personal relationship with God for eternity. We simply do not understand the importance and influence our walk has in pointing others to Christ.

Like a fantastic pyramid scheme the numbers of those escaping eternal hell continues to grow. This all started because God was willing to create people who He knew would freely choose to reject the Gospel.[1] In this case it was Hitler! However, God “sees” the big picture. With eternity in mind, this supposed problem melts away. God uses all things — including evil — for eternal good (Genesis 50:20; Romans 8:28; 2 Corinthians 4:17)!

I hope my response is slightly comprehensible!

[1] Why would God give humans the freedom to choose to reject Him? I have argued that there are several reasons as to why God would create humans with libertarian free will. For example, if we do not possess this kind of freedom, then true love is illusory (See True Love, Free Will, & the Logic of Hell).

10 Reasons Why The Mandalorian Is My Favorite Star Wars Character