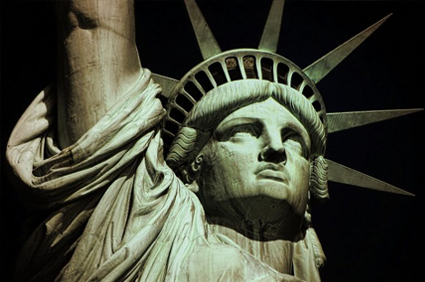 Hey Tim, you talk about libertarian free will all the time. Can you please explain and define exactly what you mean by this term? Thanks.

Thanks for your question, Matt! The first thing I need to discuss is the use of the word “libertarian.” According to the Merriam-Webster Dictionary, “Libertarian” is defined as:

To clarify, I am not making any political references when I discuss the word “libertarian.” Rather, I am both an advocate of the doctrine of a specific and genuine type of free will, and I believe humans possess the ability to freely think and act (at least some of the time).

The reason why we have to use the word “libertarian” when describing free will is because the term “free will” has been hijacked by determinists who want to have their cake and eat it too. They affirm an incoherent idea called “compatibilistic free will” (the idea that humans are free even though something external to humanity causally determines everything about humanity). As I have pointed out (here, and here), there is nothing free about compatibilistic “freedom.”

With this in mind, libertarianism (or libertarian free will) can be most simply defined as the conjunction of a rejection of compatibilism along with the claim that humans (at least occasionally) possess free will. That is to say that libertarianism affirms that we possess “freedom of moral and rational responsibility”[1] and “that the freedom necessary for responsible action is not compatible with determinism.”[2]

I typically like to argue for a stronger model of libertarian freedom that not all libertarians (including some of my colleagues) affirm. That is to say, when I refer to libertarian free will, I simply mean what most people probably think of when they use the term “free will.” Simply put:

Libertarian freedom is the ability to genuinely choose between a range of options, each of which is consistent with one’s nature.

Now, even if libertarian free will (LFW) does not exist, I think everyone agrees that it at least seems like we have LFW. Even if the objective truth of the matter is that LFW is just an illusion, it certainly seems, for example, as if we freely choose Coke over Pepsi (or vice versa) at the grocery store. And if you chose Coke, it at least seems as if nothing was stopping you from choosing Pepsi. However, if this sort of free will does not exist, then our choices, decisions, and beliefs are all chosen for us by external causes (God or the laws of nature). That is to say, if LFW does not exist at all, then none of our beliefs or behaviors are up to us.

If God or nature determines all things, then the so-called “choice” to affirm any deterministic worldview is of no more consequence than that of a receding hairline or an appendicitis attack (I have suffered both). Thus, it seems that if life is to have any objective meaning, libertarian free will must be a vital part of it or we are nothing more than glorified falling dominoes.

William Lane Craig sums this conundrum up nicely and says, “After all, if I do not have free will and my life is [objectively] meaningless, who cares?” When examining that, even the “caring” or “not caring” would not even be up to us if exhaustive determinism is true (talk about a meaningless existence)! Craig goes on to provide a (dated but relevant) thought experiment:

So what does it mean to have free will? … Imagine a man whose brain has been secretly implanted with electrodes by a mad scientist. The scientist, being an Obama supporter, decides that he will activate the electrodes to make the man vote for Obama if the man goes into the polling booth to vote for Romney. On the other hand, if the man chooses to vote for Obama, then the scientist will not activate the electrodes. Suppose, then, the man goes into the polling booth and presses the button to vote for Obama. In such a case it seems that the man freely votes for Obama. Yet it was not within his power to do anything different!

Craig’s thought experiment suggests that for one’s will to really be free, their choices, actions, and even many of their beliefs must really be up to them (at least indirectly and occasionally), and not causally determined via external sources. What Craig is referring to is known as “agent causation” which implies not just free will, but libertarian free will (the thought experiment above demonstrates the agent possesses LFW in regards to his thoughts even if he has no ability to physically act otherwise). In this sense, an agent makes decisions (at least some of the time) according to free-thinking (reason), and not the deterministic laws of nature, God, or anything else.

Therefore, if humans are free and ABLE to think and make our own choices due to the reasons that we have weighed and then acted upon, we are also held respons-ABLE and account-ABLE for these choices and actions.[3] This “able-ness” is the essence of libertarian free will and the Bible is consistent with this “able-ness” from cover to cover (See Molinism is Biblical). Consider 1 Corinthians 10:13:

“No temptation has overtaken you that is not common to man. God is faithful, and he will not let you be tempted beyond your ability, but with the temptation he will also provide the way of escape, that you may be able to endure it.”

What follows from this Bible verse? Every time you have sinned in your life, God provided a way out for you so that you did not have to sin. So, it follows that when you did sin, you were ABLE not to sin, and you could have not sinned. Yet, you freely chose to sin anyway. You have FREE WILL.

Since you are ABLE not to sin, you are respons-ABLE for your sin. Do not say “the devil made me do it.” Even worse, do not say, “God made me do it!” You have the ability, so take respons-ABILITY for your own thoughts (2 Corinthians 10:5 & Colossians 2:8) and your actions.

To understand this concept examine its key ingredients. In the book The Recalcitrant Imago Dei: Human Persons and the Failure of Naturalism, J.P. Moreland offered four essentials of LFW which we must be cognizant:

1. P is a substance that has the active power to bring about e [in thought and/or action]. (P is an agent)

2. P exerted power as a first mover (an “originator”) to bring about e [in thought and/or action].

3. P had the categorical ability  to refrain from exerting power to bring about e [nothing causally determines P to not think and/or act otherwise]

4. P acted for the sake of reasons, which serve as the final cause or teleological goal for which P acted.

That is to say, if these four propositions are true of P, then P possesses LFW. To keep things simple and “memorizable,” we can boil libertarian free will down to two essential ingredients. If one possesses LFW, then (at least occasionally) they have…

1- The ability to think and/or act otherwise.

Robert Kane described LFW as “agents capable of influencing the world in various ways,” and that “open alternatives . . . lie before us.” He goes on to say that if LFW is possessed by humans, then

it is ‘up to us’ what we choose and how we act; and this means we could have chosen otherwise. . . This ‘up-to-us-ness’ also suggests that the ultimate sources of our actions lie in us and not outside us in factors beyond our control. (Four Views on Free Will, 5)

If humans do not possess this “up-to-us-ness” then even the choice to be a determinist or not is not up to us — it is determined by things beyond our control. If this view of exhaustive determinism is true, then you possesses no epistemic ability to assess or evaluate your own thoughts. Something else is governing all your thoughts — not you! This is clearly unbiblical as Paul seems to teach us to individually take responsibility over our thoughts and take them captive (2 Corinthians 10:5) before they take us (Colossians 2:8). If Paul is right, then at least some of our thoughts are “up to us.” If this is true, then this is further biblical support of libertarian free will (at least as far as thinking goes).

I was once personally accused of heresy by a prominent Calvinistic determinist because my definition of LFW did not include God or any Bible verses. This is a poor objection because one cannot argue for or against LFW from a biblical, theological, or philosophical perspective until one properly understands exactly what is meant by LFW. Once we understand the concept of LFW, now we can see what theological or philosophical entailments follow from it — if it exists or not.

With that in mind, I have argued that if LFW does not exist, then no one possesses the ability to engage in the process of rationality and no one possesses inferential knowledge. Since it is impossible to reject the possession of knowledge without assuming one possesses knowledge, we have good reason to think LFW exists. Moreover, not only have I provided arguments based in metaphysics to conclude LFW exists, I have also provided theological arguments consistent with a plethora of scripture concluding that humans possess LFW.

Bottom line: LFW provides you with an ability to think and/or act otherwise.

[3] Leighton Flowers first drew my attention to the fact that if one does not possess an ABILITY, then they do not possess respons-ABILITY.

Tagged with: libertarian free will