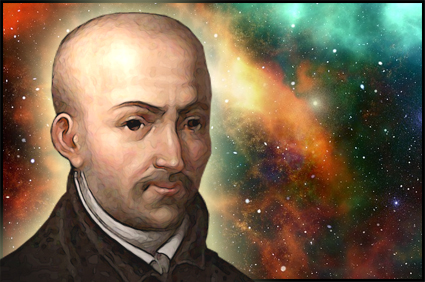 What might come as a surprise to many today is that Christ followers have a rich history of grappling with big questions. One question in particular has consumed the minds of Christians for centuries: “If God is in control over all things, how are humans really free and responsible for anything, and if humans are really free and responsible for some things, then how is God in control of all things?”

Calvinism seems to be reducible to divine determinism — a view that God exhaustively causes and determines (in one way or another) all things that happen. If “all things” really means “all things,” then this would include all the thoughts, actions, beliefs, and behaviors of all people all the time. This leads many to conclude, that if Calvinism is true, then God is ultimately the author of evil and the one who forces the majority of humanity to suffer in the eternal fires of hell for all eternity. This does not seem like the omnibenevolent God who “is love” (1 John 4:8) Jesus claimed to represent, or who desires all people to be saved (1 Timothy 2:4), and desires no one to perish (2 Peter 3:9), or the God who so loved the world that “whosoever…” (John 3:16).

This leads many to choose the second option: the simple foreknowledge view (commonly referred to as Arminianism). This view gives humans the freedom to choose our individual eternal destinies and gets God “off the hook” for the evil deeds humans freely choose to commit. That is the good news, but the bad news is that this simple foreknowledge view also seems to relieve God of His providence and sovereignty. After all, if God simply foreknows the future free actions of creatures, how is He in any legitimate control of the future free actions of creatures? Moreover, the Bible is clear that God is not only sovereign, but that He predestines not only the elect to heaven (Galatians 1:15) — but that God is provident over “all things” (Romans 8:28; Ephesians 1:11)! If God predestines “all things” to happen, then how could this simple foreknowledge view of Arminianism be true?

This dilemma, however, is a false dichotomy. Contrary to popular opinion there is another option from which to choose — an option “in the middle” between Calvinism and Arminianism. It seems the answer to the original question is best answered by a sixteenth century theologian from Spain named Luis de Molina (whose portrait is featured above). “Molinism” (derived from his last name) grounds God’s sovereignty, not only in His omnipotence (as divine determinists solely focus), but also considers God’s omniscience. Namely, Molina pointed out that since God is all-powerful (omnipotent), then God has the ability to create many different “possible worlds,” including worlds with creatures who He does not always causally determine. That is to say, God has the power to create beings who possess libertarian free will. God also had the power to not create any world at all.

However, if God was powerful enough to create different worlds, since He is also all-knowing (omniscient), God would perfectly know all that would happen in each of these potential worlds that are within God’s power to create, if God chose to create them. This is even the case if God never brought these worlds into existence. God still knows what would have happened if He created any of these worlds within His power to bring into actual existence!

How does Molina’s work regarding middle knowledge solve the perplexing riddle offered in the opening paragraph? Well, if God has the power and ability to create free creatures whom He does not causally determine (as opposed to “influence”), and He perfectly knows how these free creatures would freely think, act, believe, and behave *if* He were to create them, then, if God chooses to create them knowing how they would freely think, act, believe, and behave, then God can actualize a world where these creatures will freely think, act, believe, and behave exactly as God knew they would. Thus, God is not causally determining these free creatures — because they are free — with no causal strings (or “chains”) attached! Creatures are not causally determined and seem to have a genuine ability to choose otherwise (as the Bible affirms).

The middle knowledge Molinism offers is a great “middle position” between Calvinism and Arminianism. This is because, like Calvinism, Molinism affirms the biblical truth that God predestines all that will happen and that there is nothing outside of God’s sovereignty in all of His creation. However, like Arminianism, Molinism also affirms that (and logically explains how) humans possess a genuine libertarian free will and that humans are genuinely responsible for our moral thoughts and actions.

Although Calvinism and Arminiansm can both make sense of much biblical data, neither seem to explain all the data. After considering God’s middle knowledge, however, Molinism seems to be able to explain biblical data from cover to cover (See Molinism is Biblical). Not only does Molinism make sense of a full view of the biblical data, it is also a logically coherent view that never violates God’s essential omni attributes (See The Relevance of Irresistible Grace). Moreover, Molinism “destroys” (as Paul proclaims in 2 Corinthians 10:5) the greatest objection raised against the knowledge of God (See Lex Luthor’s Lousy Logic), and seems to make sense of a plethora of other apologetic-based arguments for God’s existence (See The Apologetic Significance of Molinism).

That is to say, Middle Knowledge and Molinism provides the best explanation of all the data![2]

* I originally wrote this article for Christian Truth Through Apologetics (click here).

[1] Kirk R. MacGregor provides a proper definition of middle knowledge in his biography of Molina, Luis de Molina: The Life and Theology of the Founder of Middle Knowledge, Zondervan, 2015, p 11:

[2] Objections raised against Molinism are often brought forth by those who affirm that either God causes and determines all things — and thus humans possess no libertarian free will — or by those who think that God does not possess perfect knowledge of how free creatures would freely choose if they were in different situations. These objections are found (and dealt with) at FreeThinkingMinistires.com. Here are a few to consider:

The Grounding Objection Against the Maximally Great God

“Playing the Cards God’s Been Dealt”