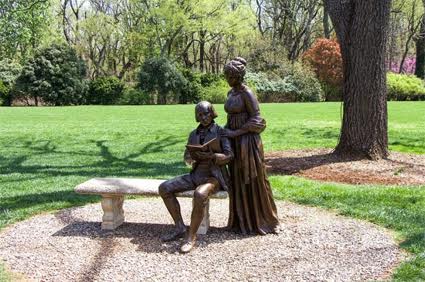 James Madison, like several other founding fathers, wrote some things that didn’t sound very Christian later in his life, but during the founding was solidly Christian. As any good judge will tell you, the meaning of civil agreements like constitutions depends on what the writers intended at the time they wrote it; not on what they wrote thirty years later. Just as it would be fallacious to say “Ronald Reagan was a Republican movie star” (he was actually a Democrat during that earlier phase of his life), it would also be fallacious to misidentify Madison’s mindset during the founding era due to word he wrote in private letters many years later.

Here are just a few of Madison’s many quotes or actions from just before or during our founding that demonstrate his Christianity during that time-frame:

“A watchful eye must be kept on ourselves lest, while we are building ideal monuments of renown and bliss here, we neglect to have our names enrolled in the Annals of Heaven” — In November 9, 1772 letter to William Bradford.

“I have sometimes thought there could not be a stronger testimony in favor of religion or against temporal enjoyments, even the most rational and manly, than for men who occupy the most honorable and gainful departments and [who] are rising in reputation and wealth, publicly to declare their unsatisfactoriness by becoming fervent advocates in the cause of Christ; and I wish you may give in your evidence in this way.”

“So I must beg you to pity me, and pray for liberty of conscience to all.” [emphasis mine].

As a member of the committee that authored the 1776 Virginia Declaration of Independence, Constitution and Bill of Rights, Madison approved of its paragraphs declaring that,

“…In this state of extreme danger we have no alternative left, but an abject submission to the will of those overbearing tyrants, or a total separation from the crown and Government of Great Britain, uniting and exerting the strength of all America for defence, and forming alliances with foreign powers for commerce and aid in war: wherefore, appealing to the Searcher Of Hearts, for the sincerity of former declarations expressing our desire to preserve the connexion with that nation, and that we are driven from that inclination by their wicked councils, and the eternal laws of self-preservation;…” [emphasis mine].

“Searcher Of Hearts” is a reference to Romans 8: 27, which reads: “…and He who searches the hearts knows what the mind of the Spirit is, because He intercedes for the saints according to the will of God”.

Also contained in that document is the following:

“That Religion, or the duty which we owe to our CREATOR, and the manner of discharging it, can be directed only by reason and conviction, not by force or violence: and therefore, that all men should enjoy the fullest toleration in the exercise of religion, according to the dictates of conscience, unpunished, and unrestrained by the magistrate, unless under colour of religion, any man disturb the peace, the happiness, or safety of Society. And that it is the mutual duty of all to practice Christian forbearance, love, and charity toward each other.”

And did the Revolutionary War (1775-1783) diminish his faith? The answer to that appears to be a definitive “NO”, given some of the words Madison subsequently used. As one example, in a November 14, 1784 letter to James Monroe regarding a resolution proposed in Virginia, he wrote:

“The resolution was brought in by [Patrick] Henry. It declared that “the people of the commonwealth, according to their respective abilities, ought to pay a moderate tax or contribution for the support of the Christian religion, or of some Christian church, denomination, or communion of Christians, or of some form of Christian worship.”

Only one petition appeared against the measure. A special committee with Henry at the head was appointed to prepare the bill.   Additionally, from the June 20, 1785 MEMORIAL AND REMONSTRANCE AGAINST RELIGIOUS ASSESSMENTS, we see the following:

“Whilst we assert for ourselves a freedom to embrace, to profess and to observe the Religion which we believe to be of divine origin, we cannot deny an equal freedom to those whose minds have not yet yielded to the evidence which has convinced us.”

“…Because the establishment proposed by the Bill is not requisite for the support of the Christian Religion. To say that it is, is a contradiction to the Christian Religion itself; for every page of it disavows a dependence on the powers of this world: it is a contradiction to fact; for it is known that this Religion both existed and flourished, not only without the support of human laws, but in spite of every opposition from them; and not only during the period of miraculous aid, but long after it had been left to its own evidence, and the ordinary care of Providence: Nay, it is a contradiction in terms; for a Religion not invented by human policy, must have pre-existed and been supported, before it was established by human policy. It is moreover to weaken in those who profess this Religion a pious confidence in its innate excellence, and the patronage of its Author; and to foster in those who still reject it, a suspicion that its friends are too conscious of its fallacies, to trust it to its own merits.”

It was unnecessary to use the words “In the year of Our Lord” when writing dates (we have many examples from that time without it), but there in our U.S. Constitution which Madison wrote, we see “Seventeenth day of September in the year of our Lord one thousand seven hundred and Eighty [sic] seven”. [emphasis mine].   In addition, consider some of the words from his 1788 speech in the Virginia Convention:

“I most earnestly pray that America may have sufficient wisdom to avail herself of the instructive information she may derive from a contemplation of the sources of their misfortunes, and that she may escape a similar fate by avoiding the causes from which their infelicity sprung.” (2) [emphasis mine].

Speaking of mankind-generated “infelicity”, why did America’s founders create the separation of powers we find in The Constitution? John Adams stated three different times that it was based on Jeremiah 17: 9 — “The heart is more deceitful than all else and is desperately sick; who can understand it?” Madison apparently concurred, considering the way he described mankind in The Federalist # 55:

“As there is a degree of depravity in mankind which requires a certain degree of circumspection and distrust, so there are other qualities in human nature which justify a certain portion of esteem and confidence. Republican government presupposes the existence of these qualities in a higher degree than any other form”.

In 1789, Madison served on the Congressional committee which authorized, approved, and selected paid Congressional chaplains. Madison’s original proposed wording for the First Amendment shows that he opposed only the establishment of a national denomination, not public religious activities. His proposal declared

“The civil rights of none shall be abridged on account of religious belief or worship, nor shall any national religion be established.”(1) [emphasis mine].

Madison reemphasized his position on this throughout the debates.

I gathered the above from only a short dive into Madison’s writings, and I know there is plenty more where it came from. Folks don’t have to like the fact that America’s founders were Christian, but to deny it is self-delusion.

Next up: John Adams.

(1) Religion and the Founding of the American Republic; Religion and the Federal Government, Part 1, Library of Congress. https://www.loc.gov/exhibits/religion/rel06.html  (2) Weaknesses of the Confederation, [7 June] 1788 https://founders.archives.gov/documents/Madison/01-11-02-0065 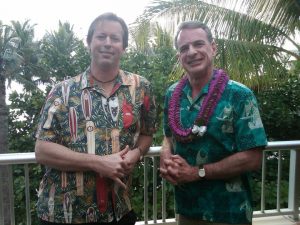 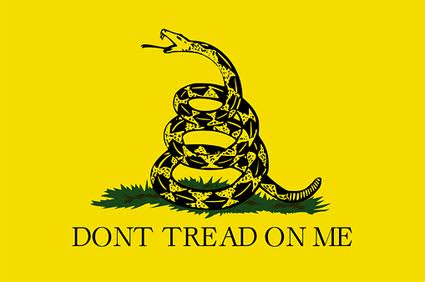