The well-known evangelical pastor, Rob Bell, has recently thrust his view of hell into the limelight with his bestseller, “Love Wins.”[1] This view of hell is called “Universalism,” because it is the view that there is universal salvation. That is to say, the advocate of universalism rejects the premise of eternal hell.[2] This typically results in debate regarding the meaning of certain Bible verses leading to a hermeneutical standoff. When this occurs; we can break this stalemate with logic![3]

Universalists reject the doctrine of eternal hell as they assume it is logically incompatible with an omnibenevolent (all-good and loving) God. I disagree; in fact, I think the concept of hell logically follows and makes complete sense if God is perfectly good and loving. This is because God won’t force anyone into his presence that doesn’t want to be with him. If God created humanity to know, love, and enjoy a personal relationship with him forever,[4] God would not force anyone to do something that was against his or her will. If God would “kidnap” someone against his or her will, it wouldn’t be true love. The best we could hope for is something akin to “Stockholm Syndrome!”[5] That, however, is psychological trauma, not love!

The Universalist, Morton Kelsey, has said, “To say that men and women after death will be able to resist the love of God forever seems to suggest that the human soul is stronger than God.”[6] I think this reasoning is confused because one must therefore reach the conclusion that even if a human soul is not “stronger” than God for eternity, it can be more powerful for a finite period of time. This is just as incoherent when we consider an omnipotent God. John Hick states that because of God’s perfect goodness, “God will eventually succeed in his purpose of winning all men to himself in faith and love.”[7] Again, I think this thinking is confused when considering an omnibenevolent and omnipotent God. Why, if God will eventually “win” all souls to himself, doesn’t he just do it now via his “irresistible grace?” If he is all-powerful he could, so why put anyone through the sufferings in this world, or the tortures of hell at all?

Perhaps this is not about power or strength, but about love and freedom.

In my experience, advocates of universal salvation tend to deny that humanity possesses libertarian freedom to make genuine choices. If that’s the case, I think 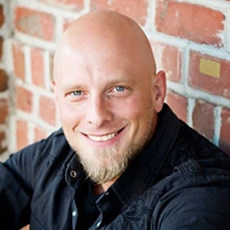 it would be impossible to experience a true love relationship with our Creator. Here’s why: since God is all-good, he is also all-loving. Since he’s all-loving, he desires an authentic, loving relationship with all people. Since he desires an authentic love relationship with every human, he had to give us libertarian free will to choose to love him or to reject him. When we reject him, we sin, and these transgressions have infected this world with terrible suffering! God allows us to experience this suffering, because it shapes us as well as brings us closer to Him, which is the greatest good a human being could ever experience (Romans 5:3-4; 2 Corinthians 4:17).

Consequently, the only way God could eradicate evil and suffering is to eradicate libertarian free will. That would then eradicate the possibility of anyone freely choosing to enter into a true love relationship with God. That love relationship with God is the greatest good we could ever experience; therefore, eradicating evil would be evil! Thus, it is good that evil and suffering were made possible and were allowed by God.

It follows that if people are really free, there is no guarantee that all people will freely choose to love Jesus and be saved. It is logically impossible to force someone to freely do something. Although God is omnipotent, this does not mean that he can do the logically impossible. Therefore, even if God created a world in which all persons did hear the gospel, he could not guarantee that they would freely choose to respond in the affirmative and freely choose to love Jesus. As William Lane Craig writes, “For all we know, in any world of free people that God could create, some people would freely reject his saving grace and be lost.”[8]

If one can freely choose to reject the flirtatious revelation of God and the advances of the Holy Spirit (“blasphemy of the Holy Spirit”: Mark 3:29; Luke 12:10; Matthew 12:31-32) it seems this is the kind of sin that could be of infinite gravity. If one is really free, and this isn’t some word game, then it is logically possible for this individual to freely choose to reject God into the infinite future. For this reason, an infinite separation from God – eternal hell – makes logical sense.

It may be logically possible that a world exists in which everyone freely chooses to love Jesus (even through a finite hell); however, it is not guaranteed that this is a feasible world for God to create if human freedom is also a genuine condition of this world. According to Alvin Plantinga, it may not be possible for God to even create one person without him “going bad” (trans world depravity);[9] therefore, we ought not teach that universalism is true. In fact, it is an utterly irresponsible teaching. At most, the sensible teacher would only teach universalism as a mere possibility, which we should not hope for because it is probably not reality (this is unlike Bell’s “hopeful universalism”).

For these reasons, there should be universal rejection of universalism. Instead, one should hold to a metaphorical view of hell similar to what C.S. Lewis offered in his legendary book, “The Great Divorce,”[10] or hold to an annihilationist view, which holds eternal non-existence is eternal separation from God (I do not hold this view myself; however, it makes more sense than universalism).[11] In fact, there may be no other logical outcome available for God. As J.P. Moreland has suggested, if it is objectively wrong to extinguish a soul created in God’s image due to its intrinsic value (therefore, God won’t annihilate a human soul), and if these souls created in God’s image freely choose to eternally reject God, then it logically follows that these souls that eternally freely choose to reject God will spend eternity quarantined from him.[12] This eternal separation from God and all that is good is the epitome of hell.

We have logical reason to take eternal hell seriously just as the Bible affirms. Thus, we have sufficient warrant supporting the fifth premise of the Omni Argument Against Calvinism:

1- If Calvinism is true, whomever God provides “irresistible grace” to will go to heaven and not suffer eternal hell.

2- If God is omnibenevolent, He would not desire to, nor would He, send anyone to suffer eternal hell for choices they were powerless to make without God’s irresistible grace.

3- If God is omnipotent, he could provide irresistible grace to all people.

4- If God is omniscient, he would know how to provide irresistible grace to all people.

6- Therefore, either God is not omnibenevolent, or not omnipotent, or not omniscient (pick at least one), or irresistible grace (and Calvinism) is false.

[1] Rob Bell, Love Wins: A Book About Heaven, Hell, and the Fate of Every Person Who Ever Lived, 2011, Harper Collins e-books

[2] I make a case against Calvinism and premise (5) states “Eternal hell exists.” The Universalist would deny this key premise. Read more here: http://freakengministries.com/the-petals-drop-why-calvinism-is-impossible/