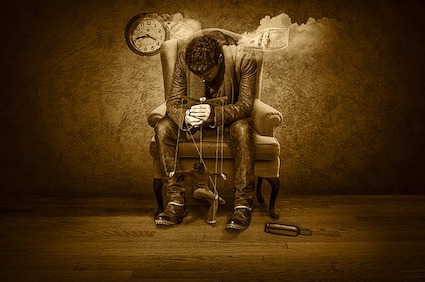 Every time I turn around I find someone else denying that humans have free will. From scientists to philosophers to theologians, it’s the cool new trend. We aren’t actually making free choices. We have been programmed either by God or our DNA to act in a certain way and have no choice but to follow it.

To be perfectly clear, we deny all types of determinism, whether it’s physical or divine. Free will is what puts the free in Freethinking Ministries and our cornerstone is the Freethinking Argument. Yet many people still don’t understand the consequences of denying free will.

But first, what is determinism? Basically, it means there is no free will. All of our beliefs, thoughts, actions, etc. are “decided” for us, either by internal or external forces: our DNA, the laws of physics, or a deity. You’re a train on a fixed track with no control whatsoever. Even if you think that you really deliberated about what color socks you were going to wear this morning, you wore what you wore and you were completely unable to do otherwise.

So before you join all the cool kids, you need to know the price of admission. This is what it will cost you to deny free will:

No free will = no moral responsibility

If every one of our actions have been predetermined for us, how can we be held accountable for them? Or how can a divine puppet master condemn you for performing evil actions if he’s the one pulling your strings? The murderer has no choice but to murder. The rapist has no choice but to rape. Whether you are loving and kind or an intolerant, sexist, racist, bigot, you have no control over it. You were born that way, just like everyone else. Nothing you do is your fault.

But do we honestly believe that? Of course not. We hold criminals accountable for their crimes. We praise altruism and self-sacrifice. Only free will makes those things possible.

No free will = no meaning, purpose, or love

The most basic aspects of humanity hinge on the existence of free will: meaning, purpose, and love. True love cannot be coerced; it requires people freely and genuinely committing to each other’s well-being. One’s meaning in life is based on deep thought, reflection, and ultimately a desire to pursue it. But apart from free will, meaning, purpose, and love are void and empty words. 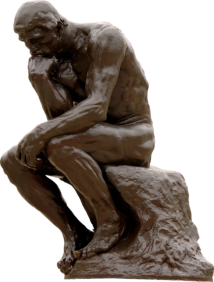 No free will = no rationality

As Tim Stratton argues in his Freethinking Argument, in a deterministic world, there is no true thought or rationality. These things are based on the ability to analyze data, weigh evidence, and select the best conclusion.

After all, if you think free will is a lie, how did you come to that conclusion? Did you survey the evidence and freely choose to accept determinism? I hope you see how absurd that is. If there is no free will, you did not rationally come to believe that. You were determined to accept it, just like everything else you think and believe. You never came to freely believe in anything; you were merely determined to do so.

This ties into the next…

No free will = absolute uncertainty about everything

If all of your thoughts and beliefs have been predetermined for you, how do you know if any of them are actually true? You can’t freely test them or reflect on them. You’re stuck in complete uncertainty. If any of your beliefs actually match reality – which is the definition of truth – it’s a grand cosmic accident, and you would never know the difference. So if you reject free will, you must also reject justified true belief, meaning knowledge.

Yes, if you deny free will, you also reject all knowledge.

Think about how ridiculous it is to write a book, article, blog, or whatever against free will. Did the author freely write it? Did he actually think, reflect, and carefully choose his words to make the best argument possible? And does he expect you to freely read it and be persuaded to believe that free will does not exist?

You may also hear a free will denier say something like “There is no free will but we have to live as if there were.” That’s ridiculous. It assumes you have the ability to choose to live a certain way. The moment the determinist attempts to convince you to deny free will, he contradicts himself.

This is the price of denying free will. If you reject it, you must also discard moral responsibility, purpose, meaning, love, rationality, and knowledge. Are you really willing to give those things up by espousing determinism? Or look at it the other way. If you believe that you are a true freethinker, that humans have real moral obligations, and that we are free to find meaning in life, you must also affirm free will.

And then you need a worldview that accommodates free will. Naturalism won’t cut it. Neither will a religion where God exhaustively determines all things in the universe, including the actions of human beings. We think the best choice is a worldview with a God who is fully sovereign, yet has granted humans free will, including the ability to freely accept his offer of forgiveness or to reject him.

The choice is yours.

The Parable of the MMA Fighter and His Neighbor November 10, 2020