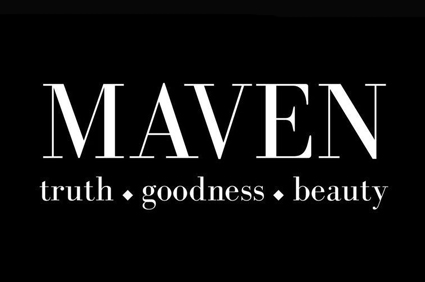 The primary goal of FreeThinking Ministries is to equip the church to engage the culture. In my opinion, no one is doing that better than Brett Kunkle. Kunkle became well-known in the apologetics community through his time at Greg Koukl’s organization, Stand To Reason. Recently, however, Kunkle has branched out and started MAVEN, an organization focused on helping the next generation know truth, pursue goodness, and create beauty.

What exactly is a “maven?” Wikipedia defines maven as “a trusted expert in a particular field, who seeks to pass timely and relevant knowledge on to others in that field.” Kunkle’s particular “field” is worldview, apologetics, and the gospel of Jesus Christ. Since our goals overlap (and we are both former youth pastors), Kunkle invited FreeThinking Ministries to partner with MAVEN to pass this “timely and relevant knowledge” of God along to teens.

This is primarily accomplished through MAVEN’s Apologetics Immersive Experience. I joined Kunkle and his crew this summer to witness the “experience” first hand on the campus of Cal-Berkeley in northern California. Three youth groups—from New York, Colorado and Utah—joined forces under Kunkle’s lead. What I witnessed was amazing!

Teenagers from around the country put many “stones in the shoes” of people in the Bay Area. They engaged in respectful and intelligent dialogue with atheist speakers, talked to skeptical U.C. Berkeley students and professors, visited Alcatraz, the Golden Gate Bridge, and even went surfing. As a former youth pastor, I can attest that this was the best “evangelism training” I have ever witnessed. These teens are inoculated by the MAVEN team “injecting” them with the best arguments atheists and those of other religions will offer against Christianity. That might sound risky, but then Kunkle and his team show the students all the logical flaws with these arguments raised against the knowledge of God (2 Corinthians 10:5). After training, teenagers are sent to the mission field, in this case UC Berkeley, to put their new-found apologetic skill set to the test.

The Berkeley Survey & Dialogues with Atheists

This is primarily accomplished through a survey MAVEN has developed. Teens spread out across the campus in groups of two or three and ask students and professors if they would be interested in taking a quick survey on worldview. Unless one is late to class, most are happy to engage in this discussion.

Many of these campus surveys at Berkeley would turn into 45 minute conversations about worldview, God, and Jesus Christ. I lost track of how many times an ardent “anti-Christian” would take a step back and say “you’ve really given me something to think about.” Or, “I guess I’ve never thought about it that way before.”

To be fair, however, MAVEN allows teens to be exposed to ideas from atheists as well. A prominent atheist in the San Francisco area was invited to give the students his best shot. Kunkle invites certain atheists to come speak to kids and lets them explain why they believe atheism is true and Christian theism is false. There is one catch: they must engage in a dialogue with the teenagers. Shortly after my discussion (about how we have epistemic access to the supernatural through logic) came to close, one particular atheist entered the classroom and proclaimed: “Even if the supernatural does exist, we would have no way of knowing it!”

The youngest student in the room (still in middle school) raised his hand and with what he had learned an hour earlier politely asked: “Have you heard of the Kalam Cosmological Argument?” The atheist said that he was aware of the Kalam, but was no expert. The young student (while regularly looking back at me to make sure he was explaining it correctly) began to debate the atheist. His classmates joined him and were able to explain how we do have the ability to know the supernatural exists and how we can know specific things about supernatural entities.

The takeaway is this: the atheist left his encounter with the teens with his “faith” shaken. The Christian teens left with their faith strengthened with logic and reason.

The MAVEN experience also includes times of Bible study and prayer, time enjoying God’s creation, and time learning how to see everything through the lens of a Christian worldview — a worldview that happens to be true! This even includes a lesson on how to watch a movie.

One evening we all gathered to do just that — watch a movie. Before it began, Kunkle prepared the students to keep several things in mind when watching any movie and to always look for certain ideas, assumptions, moral values, and how characters are developed throughout the story. We then watched Les Miserables starring Liam Neeson and Uma Thurman.

After the movie Kunkle led a fantastic conversation by asking some key questions regarding the overarching theme, who are the “good guys” and who are the “bad guys.” (What makes them “good” and “bad”?) What values are promoted and what is the “good life” according to the movie? These questions led to a fantastic and deep conversation with the teens.

By the end of the week, teens in these three youth groups were equipped to engage the culture! They all know exactly what they believe and exactly why they believe it. They know the Gospel and are prepared to share it and also to answer questions and objections raised against the Gospel message (which is a rarity)! These students also learned how to worship God while enjoying His beautiful creation — and simultaneously learning how to surf. The kids had tons of fun, and were transformed by the renewing of their minds (Romans 12:2). They also changed a few lives for eternity.

If you are a youth pastor, Sunday school teacher, parent, or grandparent, you must do whatever it takes to get your kids on one of these trips before they graduate! To get a glimpse of the MAVEN experience click here for a Berkley trip and here for a Salt Lake City trip (they also offer a “Worldview Roadtrip”)! To learn more about these experiences email Glenn Pinson here: glenn@maventruth.com.