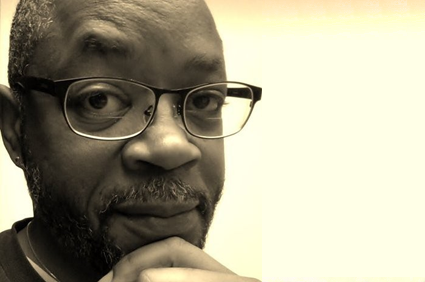 Eric D Smallwood (April 18, 1965 – March 31, 2015) was one of the most intelligent men to have ever walked this earth. I was blessed to be sharpened by him as a friend and mentor. We didn’t look like brothers, but we were! I always say that Christ unites us more than DNA, and in this sense Eric and I were truly brothers in Christ!

I have had many mentors in my life but over the past few years Eric Smallwood stands out as one who may have had the most powerful personal impact on my life and ministry. I will never forget crossing paths with Eric for the first time on the Reasonable Faith Facebook page. I actually thought I disagreed with Eric on a particular theological issue and challenged him on it. It did not take long for me to realize that I was not in this guy’s league! He completely dismantled and destroyed my argument. But what really impressed me about Eric is that although he destroyed my argument, he did not destroy me! On the contrary, he exuded such humility and seemed to really care about me as a person.

I continued to have some Facebook exchanges with Eric here and there, and on June 12th of 2011 at 1:38 pm CST, I messaged him privately. I said:

“Eric, thank you so much for adding me as a friend and interacting with my posts on my facebook page. I am very impressed by your thinking, intelligence, wisdom, and your passion and love for Jesus! I hope someday I will be able to interact with arguments and philosophy the way you do! By the way, If you don’t mind me asking, where are you from and what do you do? Are you a pastor, professor, philosopher? What ever your profession, you have been blessed and you have blessed me during our short facebook friendship!”

Well, our “short Facebook friendship” turned into a friendship that not only has been going on for a few years now, but a friendship that will continue for eternity into the infinite future! This led to many conversations online and we began “tag-teaming” (so-to-speak) in debates with atheists. He specifically took an interest in helping me with “apologetic evangelism.”

Over the past few years, I always knew that if I was “stuck” in a debate, I could just tag Eric into the conversation and he would swoop in like a super hero and save the day – he always did! I have said many times that I consider Eric Smallwood to be on the same intellectual level as William Lane Craig, J.P. 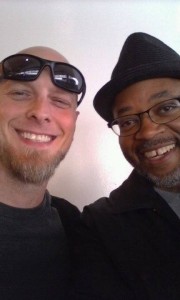 Moreland, Alvin Plantinga and Ravi Zacharias. Eric may not have had all the degrees these guys have, but Eric was just as brilliant as these giants.

I learned as much from him as I did from those other heroes of mine. Let me make that clear: Eric Smallwood was (and always will be) a hero of mine!

What really set Eric apart though was not just his ability to destroy every argument raised against God (2 Cor 10:5), but what separated Eric from so many Christian apologists was his love for the person he would argue with. Just as Eric took care of me when he first demonstrated the errors of my thinking a few years ago, he would also take care of the hearts of the atheists he would argue with. He loved them and saw them not as enemies, but as souls created in the image of God who were believing lies.

I learned how to not just win arguments from Eric, but also how to win souls for Christ!

Eric showed me how to destroy arguments while loving arguers. He pushed me and challenged me to passionately love Jesus while thinking intellectually about Him. Eric simply loved God and loved people. I don’t know of anyone who exemplified the two greatest commandments (Matthew 22:36-40) any better than Eric. I learned from him.

Eric Smallwood has sharpened me and many other online apologists today. His memory will live on through our work here on this planet while he is with Jesus. One passage of scripture that I know Eric agrees with and he would want us to remember is this:

Eric, I will miss you, brother … but I will see you again!

Your friend and brother in Christ,

Click here to watch a video I recorded for Eric’s funeral.