I really enjoyed the guest article on the Kalam by Ronald Cram. I thought Dr. Craig’s debate with Carroll was a little troubling as some technical literature on cosmology was offered that I didn’t think Craig responded to as well as he could have. Cram’s article really helped to clarify some difficulties. I have one more question about the application of the BGV theorem, as it only applies to classical space-time. Is it a potential problem for the argument ?

This is a very good question, Raj. To briefly answer it: no, I don’t think this is a potential problem for the Kalam Cosmological Argument. I didn’t get into this in my original article because it’s long and technical. But since you asked, William Lane Craig emailed Alexander Vilenkin (the “V” of the BGV theorem) on this question and Vilenken responded, in part, with these two paragraphs:

“The question of whether or not the universe had a beginning assumes classical spacetime, in which the notions of time and causality can be defined. On very small time and length scales, quantum fluctuations in the structure of spacetime could be so large that these classical concepts become totally inapplicable. Then we do not really have a language to describe what is happening, because all our physics concepts are deeply rooted in the concepts of space and time. This is what I mean when I say that we do not even know what the right questions are.”

“But if the fluctuations are not so wild as to invalidate classical spacetime, the BGV theorem is immune to any possible modifications of Einstein’s equations which may be caused by quantum effects.”

Vilenkin’s response to Craig raised additional questions in my mind and so I emailed Vilenkin personally and asked him the following:

“I have several questions. First, when would these fluctuations occur? Do they require a pre-existing quantum field? Or, do they occur after the creation of spacetime but prior to the creation of matter and energy? Or after the creation of matter and energy also? I ask because it seems to me that a pre-existing quantum field is problematic because it leads to an infinite regress and a dense singularity would seem not to allow for quantum fluctuations. Second, is there any chance we will ever know if the quantum fluctuations are “so large” or “so wild” as to make the BGV theorem wrong? “

Vilenkin was kind enough to respond:

“If the fluctuations get so wild, the concepts of “prior” or “after” are ill defined. This is precisely what I mean when I say that in this regime we don’t even know the right questions.”

The issue is that we don’t have a theory of quantum gravity. We don’t have a way to unite quantum mechanics and general relativity and so we don’t have all the answers. And so Vilenkin is reluctant to get into specifics.

When describing the concepts of “prior” and “after” as ill defined in quantum mechanics, I think he’s is referring to some work done regarding superposition of causality. The issue I see is that fluctuations are not possible without a quantum field. If a quantum field exists, then space must exist. If space exists, then whatever happens after the creation of space isn’t the true beginning. So, the entire issue of the fluctuations is irrelevant.

Also, Craig mentioned in the debate with Carroll a paper by Aron Wall — a quantum gravity researcher now at Princeton. Aron has done quite a bit of work on the generalized second law. Using a semi-classical model of spacetime, he looked into the question of whether a full theory of quantum gravity (when we get one) is likely to lead to a past-eternal universe. Wall’s opinion is found in the title of his paper “The Generalized Second Law implies a Quantum Singularity Theorem.” A singularity theorem implies a beginning.

The uncertainty of quantum mechanics is the last refuge for the skeptic, but without a quantum field quantum mechanics do not come into play. For these reasons, I don’t think the classical spacetime limitation is a defeater for the argument. 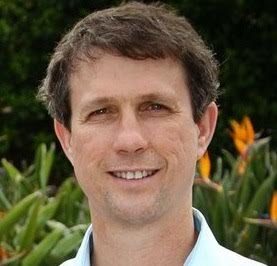 A Lesson on the Kalam Cosmological Argument October 13, 2017