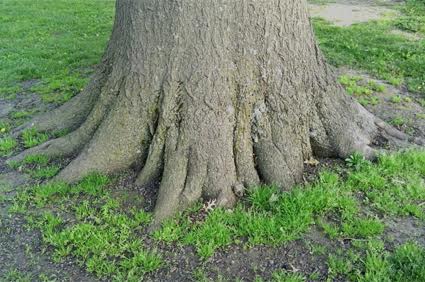 Obviously, atheists object to God’s existence, but surprisingly, many Christians (at least inadvertently) reject the existence of a maximally great being as well! This objection is commonly advanced by specific Christians who are committed to deterministic assumptions and oppose what has been referred to as “the single most fruitful theological concept” ever conceived — Molinism!

This opposition against Molinism is typically advanced by way of the Grounding Objection. The grounding objection against Molinism is based on a controversial version of the correspondence theory of truth known as the theory of truth-makers. Accordingly, in order for a proposition (P) to be true, then there needs to be something else in virtue of which P is true. The advocates of the grounding objection typically assert, therefore, that “God cannot know something about a particular world if that world does not actually exist.”

Molinism holds that God perfectly knows what would happen in all the possible worlds God has the power to create. This includes the vast amounts of worlds God never actualizes. With this in mind, it is usually Calvinists who oppose Molinism by appealing to the grounding objection. However, by asserting that God does not know if P is true or false, they inadvertently deny God’s omniscience (God’s exhaustive knowledge of the truth-value of all propositions) and His maximal greatness! Moreover, when asked to explain why God cannot possess this counterfactual knowledge, it seems that most offer something similar to an interaction objection:

This is similar to the atheist’s objection to the Kalam Cosmological Argument. Atheists revolt and exclaim: “How can an immaterial God create a physical universe and interact with it?” (I have discussed this topic and dealt with these poor interaction objections here and here). I do not know HOW God created the universe, but that is missing the point. The easy answer in a nutshell is this: if God is omnipotent, and can do all things logically possible, then God can create a physical universe and interact with it. After all, that might seem scientifically impossible, but it is not logically impossible.

If God is truly omnipotent, then God has the power to create persons which He does not causally determine (agents who would be free in a libertarian sense). If God is truly omniscient, then God middle-knows how free creatures would choose and act logically prior to creating a world in which these free creatures exist. After all, there is nothing logically incoherent with possessing this knowledge, even though we do not know exactly HOW God knows. But we also do not know exactly HOW God created a universe from nothing either — even though we know He did.

The “grounding objection” seems nothing more than an interaction objection. If the Calvinist thinks it passes, then they better support the atheist’s objection against God creating the universe from nothing too, at least if they want to be consistent.

The Philosophy of Calvinism

In my experience, many Calvinists assume that Molinism is nothing but a philosophical position “pressed upon scripture.” They are shocked when provided biblical data supporting Molinism from cover to cover (See “Molinism is Biblical”). With that in mind, many Calvinists, who pride themselves on being purely Bible-based as opposed to philosophical, stomp their reformed feet and demand: “But where does the truth-value of Counterfactuals of Creaturely Freedom come from?!?”

I find it rather hypocritical for those Calvinists who insist that only Scripture may be used in theological formulation and disqualify philosophy as mere human reasoning (which I recognize is a minority of Calvinists) to use the grounding objection against Molinism because this is a purely philosophical objection. This is not a Scriptural objection at all. On top of that, it seems a rather poor philosophical objection to Molinism. On its face, it seems much clearer that an omniscient God has always known what any possible libertarian creature would do or what any possible indeterministic system would do than the notion that it is logically impossible for God to have such knowledge. And the only way such knowledge might be logically impossible for God is if the highly controversial theory of truthmakers is correct. According to this theory, for certain propositions to be true, there must exist respective objects, either concrete or abstract, in virtue of which they are true.

Worse than that, very few truthmaker theorists are truthmaker maximalists, who hold that every truth requires a truthmaker. So even if one is a “run of the mill” truth-maker theorist, it seems that counterfactual truths are prime candidates for those truths that do not require a truthmaker. Moreover, a believer in middle knowledge could embrace truthmaker maximalism by employing the so-called disquotation principle. This principle states that a counterfactual like “If person P were in circumstances C, P would freely do action A” is made true by the fact (which one could take to be a thought or abstract object in the mind of God) revealed by removing the quotation marks, namely, that if P were in C, P would freely do A. This means that the grounding objector is forced to deny, for no good reason at all, the disquotation principle as well.

So grounding objectors are basing their critique on a fringe position within an already problematic view and gratuitously rejecting a plausible way that one could hold even that fringe position and still be a Molinist.[1]

The Grounding Objection on Dangerous Grounds

Not only is the so-called grounding objection philosophically weak, Christians who offer it seem to be on dangerous grounds (Biblically speaking). Consider Psalm 73:11-12

According to scripture, those who deny God’s omniscience and even ask the question, “How can God know?” are wicked!

13 But you say, ‘What does God know?
Can he judge through the deep darkness?

God is omniscient and knows the truth-value to any and all propositions eternally without beginning! That is to say, God eternally knows all things, and if all things really means all things, and eternity means eternal without beginning, then this includes God’s perfect eternal knowledge of propositions regarding counterfactuals of creaturely freedom logically prior to His creative decree bringing this world into “actual” existence.

With these definitions clarified, we now possess Biblical data suggesting that Calvinists ought to drop the so-called “grounding objection” (not that it is any good in the first place)! The Bible seems to warn against even questioning God’s maximal greatness. Jacobus Erasmus and I have offered an argument expressing why this is the case[2]:

A so-called “Christian” is free to reject God’s complete omniscience or any of God’s omni attributes, but by doing so they reject the concept of a Maximally Great Being, and thus, inadvertently claim that God does not exist. I have made a similar argument regarding those who object the omnibenevolence of God (See “Calvinism Implies Atheism”).[3]

Based on the logical law of the excluded middle, this proposition is either true or false. An omniscient God would certainly know if you would have been hit by the Mack truck or not.

If Japan would have not bombed Pearl Harbor, then Hitler would have won WWII. 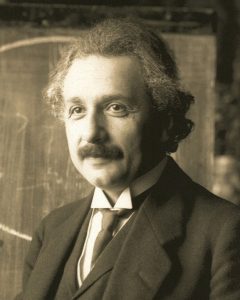 involved in the conflict. After Japan attacked Pearl Harbor the U.S. had no choice. It soon became a race for the atomic bomb. Scientists who prevailed first would secure victory. Thanks to scientists like Albert Einstein, the United States invented the atomic bomb before the Nazis and used it to win WWII.[4]

Now, since it is counter to fact, that the Nazis developed the atomic bomb before the United States did, the truth of this counterfactual statement remains; it is either true or false.

To further clarify and to have a little fun, let us transition from counterfactuals based on world history to science fiction:

If God were to have created wookies, then wookies would choose to protect the human race. 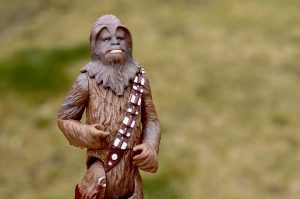 Although wookies are fictional beings, surely an omnipotent God could create wookie-kind and give them libertarian freedom if He so chose. Accordingly, if you believe that God is eternally omniscient, then God has to know whether the above proposition is true or not. It is logically possible for God to know — there is no logical contradiction — so there is no way out of God’s knowledge of this truth besides rejecting the omniscience of God.

It comes down to this: Does God possess this knowledge by virtue of being omniscient — or is something more required? Kirk MacGregor says, “I do not see how something more is logically required!”[5] The truth-maker theory falsely assumes that to say that something is true, you have to understand HOW it is true! MacGregor continues:

Bottom line: If God is omnipotent, He has the power to create creatures with libertarian freedom. If God is omniscient, He would perfectly know how these free creatures He has the power to create would freely choose even before He creates these agents (if He creates them at all). God’s omniscience is what grounds God’s middle knowledge of the counterfactuals of creaturely freedom!

Feel free to reject the maximal greatness of God, or…

[1] I have quoted Kirk MacGregor (with his permission) from my private email conversations with him. Kirk makes very similar points in his recorded interview with Eli Ayala. MacGregor (Ph.D., University of Iowa) is Assistant Professor of Philosophy and Religion at McPherson College. He is the author of several scholarly works including Luis de Molina: The Life and Theology of the Founder of Middle Knowledge (Zondervan, 2015) and A Molinist-Anabaptist Systematic Theology (University Press of America, 2007).

[2] Jacobus Erasmus and I have co-authored an article soon-to-be-released in Perichoresis. We defend this simple argument in this peer-reviewed theological journal.

[3] It is interesting to note that many Calvinists attempting to object to Molinism either reject God’s omniscience (by rejecting God’s middle knowledge) or His omnibenevolence (by affirming both “irresistible grace” and eternal hell), or both! Moreover, some reject God’s omnipotence by stating that God does not have the power to create free agents or the power to provide all people with “irresistible grace.” In contrast, Molinists are committed to affirming the maximal greatness of each of God’s omni attributes. While this is not proof that Molinism is true, it does provide reason to prefer Molinism over Calvinism.

[4] Einstein’s greatest role in the invention of the atomic bomb was signing a letter to President Roosevelt urging the United States to build the bomb before Nazi Germany acquired the technology. There is debate regarding the significance of Einstein’s role in the direct development of the Atomic Bomb. (Click here for more).