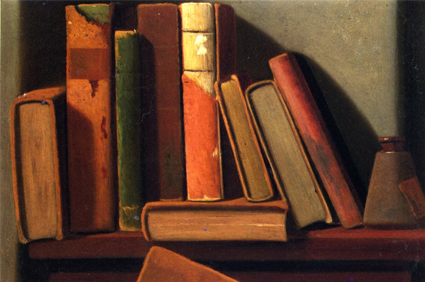 Understanding the differences between internal and external critiques is critical for Christian apologists since any and every objection they will face will fall into one of these two categories. Moreover, if one has not sufficiently grasped these concepts, then one will be prone to conflating them or else might have trouble identifying when others commit this error.

With respect to internal critiques, these seek to falsify or demonstrate a discontinuity with an idea by hypothetically (and comprehensively) assuming its truth in order to prove some internal inconsistency or contradiction with it. For example, take the view that there is no truth. If, for the sake of argument, we grant the veracity of this view, then the view itself will imply that there is at least one truth, namely, the truth that truth doesn’t exist, which is self-contradictory. In this way, we can see that internal critiques allow us to disagree with someone who holds to a viewpoint that separates from our own without having to thereby derelict our actual views on the matter and without having to commit to, as a matter of fact, the view we are seeking to scrutinize.

External critiques, in contrast, seek to falsify an idea without hypothetically assuming its truth. Further, these critiques are separate from whether or not one believes the view they are criticizing to be internally consistent. To give an example, one can falsify the previous view involving there being no truth by assuming an internal perspective on the matter and then proving there to be an internal contradiction, but one could also take a different approach by simply arguing there to be actual examples demonstrating the contrary, such as it being true that the number 7 is a prime number, or that Napolean lost the battle of Waterloo.[1] In short, while both internal and external critiques share the common goal of seeking to evaluate something, they are nevertheless distinct from one another with respect to the perspectives they assume in performing this task.

That said, keeping this distinction in mind is important since these types of critique are often mistakenly treated as if they were identical. This is especially knotty when it occurs in the apologetic discourse because this conflation often manifests itself in the form of the fallacy of moving the goalpost. For those unfamiliar with this fallacy, it occurs when one dismisses an attempted response to something by changing the original topic of investigation.[2] This is typically done in order to avoid one’s views on a matter being defeated. To give an example that involves internal and external critiques, suppose two individuals (call them S and T) are having a discussion concerning C.S. Lewis’ ‘The Lion, The Witch, and the Wardrobe’. According to this fictional story Aslan the Great Lion is killed by Jadis the White Witch on the stone table. Now suppose that S, being somewhat unfamiliar with the story, objects to it as being internally inconsistent because Aslan, following his death, is later described as being alive, having killed the white witch, which is impossible since he was said to be dead prior to this. T then responds to S by informing him that Aslan was able to kill the witch after being resurrected by magic. S finally responds back to T by retorting “But magic isn’t real!”

In order to see the problems with S’s response, we must understand the original topic of investigation, specifically, whether or not the story in question is internally consistent in some particular respect. Further, recall that internal critiques require that we hypothetically assume a comprehensive and internal perspective on the matter we’re seeking to evaluate. In this case, that perspective requires that we apprehend certain magical events told in a fictional story. The problem is that once an attempt is made to resolve an alleged internal inconsistency, S responds to it by failing to assume an internal perspective on the matter through changing the original topic of investigation to an external issue. In this case, that issue involves whether or not some feature involved in a proposed solution could obtain from an external perspective. S has thus moved the goalpost by abruptly switching his concerns from an internal to an external issue.

Another way the relevant concepts might be confused is through an illicit charge of question-begging, that is the fallacy that occurs when one assumes to be true what they are supposed to be proving. To provide an illustration on how the relevant fallacy might be abused, let us now consider a scenario with S and T where S provides an internal critique against God’s goodness on the basis of the belief that it was immoral for Him to command the nation of Israel to wipe out the Canaanites. Now suppose upon T’s attempt to resolve this internal objection, S responds to it by retorting that T’s response begs the question in favor of Biblical teaching because he hasn’t proven that God exists, has actually given such a command, or has proven that the events described in the story actually happened.

These objections, like the last, move the goal post because the original topic of investigation is changed once an attempt is made to provide a solution to the objection. Recall that the original topic of investigation is if what the Bible teaches about God’s moral character is internally consistent, not if the story is, in fact, true or if certain features or characters surrounding it obtain. S has thus, once again, failed to grasp the concept of an internal critique by abruptly oscillating his concerns between internal and external issues.

All things considered, understanding the difference between an internal and external critiques is of vital importance for Christian apologists since failing to do this may lead in to unfocused conversations where the topic of investigation is never sufficiently addressed due to the ever-elusive goalpost. Focus the conversation by identifying what type of objection you have or else are confronted with and, as a result, you will be in a better position for having more fruitful conversations with those whom you may disagree with.

[1] Of course, such an argument would likely be unconvincing to a person who sincerely believes that there is no truth, however, the point of the illustration isn’t to highlight whether or not one can give a compelling argument against this view, rather it is to illustrate the fact that there are instances where one can scrutinize an issue by having taken a different perspective on the matter.

[2] It’s worth noting that, like many other fallacies, moving the goalpost isn’t always logically fallacious. One can, for example, legitimately move the goalpost in order to provide conceptual clarity to an otherwise ambiguous claim. For example imagine you were to comment that “there’s nothing in the fridge”. Upon hearing that remark, your friend responds to you by saying “Ha! there exists air, shelves, and fundamental particles inside of it!”. In response to this, you move the goalpost by clarifying that your initial comment was in reference to there being any food inside of the refrigerator. Now, clearly, your friends remark here was completely wrong-headed. This is because we recognize that your initial comment was intended to be understood informally, lacking in technical precision. It would therefore simply be wrong-headed for your friend to insist, that in light of your clarifying statement, you were simply committing a fallacy. With respect to the relevant illustration, moving the goalpost by providing conceptual clarity is simply an appropriate response to an otherwise valid criticism.

[3] One could obviously object to this by arguing in favor of some version of a coherence theory of truth, according to which a set of beliefs or propositions are true, if they mutually cohere with one another. However, as Bertrand Russell famously argued, there is no reason to think that only a single body of mutually cohering beliefs is possible. In fact, it’s easy to come up with an example of a set of beliefs that is internally coherent, yet is in mutual contradiction to another sets of beliefs which also internally coheres. Obviously both of these sets of beliefs can’t be true since they contradict one another, hence, this particular version of a coherence theory seems to be unsatisfactory. Now, of course, there are more sophisticated versions of coherence theories of truth one could adopt, however, it would be far too ambitious of a project for me to attempt to address all of these. Moreover, adherents to coherence theories of truth just aren’t prevalent enough for these theories to be worth addressing.