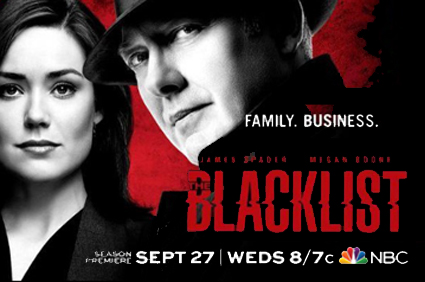 Flyover country! That is where I live, in a small town in middle America. Kearney, Nebraska is probably most famous for The Archway over Interstate 80, the best high school track and field team of all time (Go Bearcats!), and for being the official headquarters of both The Buckle and FreeThinking Ministries!

Over the past few years many locals have been raving about how Jon BokenKamp from Kearney is the creator and driving force behind one of the most successful television shows on the air today: The Blacklist.

I typically don’t watch much TV — especially a weekly television series. This is because the past few years of my life have been consumed with issues pertaining to philosophy, metaphysics, apologetics, ethics, science and religion. At most, when I do watch TV it is either sports highlights or the news over my morning coffee. Given all the reading, research, writing, and speaking I do every week for FreeThinking Ministries — not to mention working on a PhD dissertation — I just don’t have time for anything more.

However, since everyone around Kearney was talking about The Blacklist, my wife and I decided to make some time and watch the first episode on Netflix one evening several weeks ago. That first episode was so good, it quickly turned into ten! We were instantly hooked and mesmerized by Bokenkamp’s story!

Four Seasons in a Few Weeks

To make a long story short, my wife and I have now completed four entire seasons of The Blacklist in about six weeks as we prepared for the premiere of season 5 to launch on NBC this fall. What started as a curiosity — and perhaps something my wife and I might watch if we happened to have the time — has turned into something that has consumed much of our lives! Tia and I found ourselves texting each other in the middle of the day about the latest episodes that we had just watched the previous night. During this six week Blacklist binge-fest, my wife and I had date nights with takeout in front of the TV — never questioning if the other wanted to watch the next episode of this masterpiece series.

We developed feelings for the characters and we care about their well-being! In fact, I have even considered changing my dog’s name from Rondo, to “Dembe Zuma” (the body guard of James Spader’s character, Raymond Reddington) because Dembe is just super cool! I have also started referring to my wife as my “cleaner” and I like to wear a fedora while siting in the back seat of the family car as my wife drives me around Kearney. Ethan, our son thinks we are crazy, but my wife and I are having fun!

So what is The Blacklist all about? According to Focus on the Family’s, Plugged In:

Raymond “Red” Reddington is one bad dude. He oozes felonious activity. His wardrobe (complete with black fedora) exudes fashionable evil. His I-know-ever-so-much-more-than-you attitude would make James Bond’s adversaries at Spectre prickle with jealousy. Even his nickname—Concierge of Crime—seems to channel comic book villainy.

So what, pray tell, is Red doing working with the FBI?

Turns out he has a list (that’d be The Blacklist, naturally) of the world’s most dangerous criminals—guys so good at being bad that the FBI doesn’t even know about them yet. The names on the list are criminal whales, Red says, and he wants to play at Ahab for a bit.

Raymond Reddington reminds me of a mix between Tony Stark, James Bond, Hannibal Lecter, Batman, and Darth Vader. He is a guy who is so bad that you love to hate him. Perhaps you hate to love him? Who am I kidding? You love to love “Red” (even though you do not always agree with him) and you always find yourself cheering for him and hoping the best for him as well as all the regular characters in the show. In Season 4, you find yourself cheering for both Red and 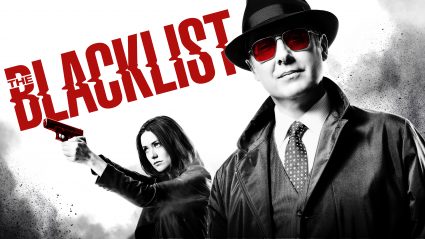 the person who is trying to destroy his life. You care about both characters and just want everyone to get along.

Not only is the acting superb, the writing is brilliant as Bokenkamp and his team influence you to despise a character for several episodes and then “flips the script” (so-to-speak) to get you cheering for the same character you were previously rooting against (and vice versa)! I also love how he incorporates the names of actual people from Kearney and places from my hometown into the script. For example, “Bico’s Cafe” (a former Italian joint in Kearney) was a restaurant in one episode. Speaking of Kearney, Bokenkamp even had the city of Kearney, NE featured in an episode in the fourth season (apparently Elizabeth Keen — who Red is willing to fight, kill, live, and die for — was raised in Kearney in the early 90s) before moving to Lincoln!

Freethinking About The Blacklist

How is The Blacklist related to the things I usually blog about? Well, besides the fact that nearly every episode has more Glocks than you can shake a stick at, each episode delves into moral issues and provides ethical dilemmas to contemplate. I have found myself agreeing with Red in some episodes, and vastly disagreeing with him in others. From time to time several philosophical and theological points are offered along the way. For example, the ideas behind substance dualism were referenced in an episode from Season 4 as the woman they refer to as “Mr. Kaplan” remembers attending her mother’s funeral as a child.

In another episode, when Dembe’s life is on the line, he comforts Reddington and says, “Ours is a friendship forged once in this life, and again in the next!”

Speaking of the friendship between these two, a later episode features Red and Dembe sitting in a church pew and Dembe seeking forgiveness from his sins. As Dembe looks up from prayer it is apparent that he is experiencing angst and conviction for his trespasses. Red seeks to comfort Dembe by noting that it was Red who pulled the trigger and executed one of the characters on the show. Red says to him, “You did nothing.” Dembe replies, “Exactly!” This is reminiscent of Dietrich Bonhoeffer’s famous quote:

“Silence in the face of evil is itself evil: God will not hold us guiltless. Not to speak is to speak. Not to act is to act.”

With this in mind, and as I have previously pointed out, “doing nothing” is not a positive kind of thing. Not only is “doing nothing” not meritorious, it can also be a sin — it can be evil! However, some sins have greater consequences than others.

One thing my colleague Shawn White has pointed out is that The Blacklist provides a great analogy regarding how God can “control” a situation without violating anyone’s libertarian free will (one of my favorite philosophical and theological topics). In nearly every episode, Reddington seems to “orchestrate” events so that they always turn out in his favor. He literally uses agents (FBI agents) who are free to think and act to accomplish his intended plans and purposes. Many times Red almost appears to be omniscient as he seems to know exactly how multiple free agents would and will freely choose. He acts according to his knowledge of how agents would freely choose in certain scenarios and accomplishes his will via the free actions of others.

If a mere human could do this kind of thing, we can easily conceive of how an omniscient maximally great being (God) could accomplish this task.

I also appreciate how The Blacklist has brought attention to human sex trafficking and points out how this is a great evil that needs to be stopped. Red talks to Agent Keen and says, “No one is lifting a finger to stop it. Why not, Lizzy? Why not us?”

This leads Red to confront one of the bad guys:

“I simply cannot fathom the journey, the moral detours necessary to change a man who [once] cherished all creatures great and small into one who profits from their slaughter!”

In another episode Red warns one of the good guys, FBI agent Donald Ressler, not to take revenge into his own hands as Red has done in the past. He pleads with Ressler not to pull the trigger and says,

“Once you cross over, there are things in the darkness that can keep your heart from ever feeling the light again.”

This seems quite biblical! If one freely chooses a life of sin, it could harden one’s heart forever! In response to Red’s advice Ressler screams, “All I feel is hate!” However, this FBI agent freely chooses to take his thoughts captive — his feelings captive — and chooses to do the right thing even though it was extremely difficult. This is the epitome of free thinking and moral responsibility!

Regarding revenge, Reddington also wisely points out that “Revenge isn’t a passion. It’s a disease. It eats at your mind and poisons your soul.”

And the following is probably my favorite Raymond Reddington quote of all time:

“I can only lead you to the truth. I can’t make you believe it.”

As a philosophically inclined theologian who has devoted his life to pursuing the knowledge of truth and reality, I could not agree more! The truth is that Jon Bokenkamp and his character known as “The Concierge of Crime” provide much to consider.

Although I do not advocate wasting one’s life in front of a television screen, I do think it is fine to enjoy TV in moderation. Now that my binging of four seasons in a few weeks is complete, I will freely choose to enjoy The Blacklist in moderation — every Wednesday night at 8/7c (click here for a sneak peak of the upcoming season)!

Now it is back to binge listening to Reasonable Faith podcasts again (those never get old)!

My wife and I had the pleasure of meeting Jon Bokenkamp last week at The Blacklist Season 5 premiere in Kearney. I want to thank Jon for permission to write this article and for the 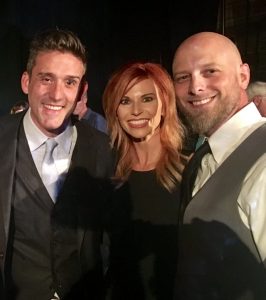 use of official Blacklist artwork.