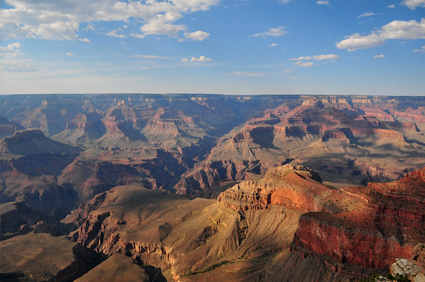 One thing I can’t be accused of is being unwilling to change my mind if provided good reason to do so. I have changed my mind on many theological issues over the past few years but one of these views in particular has caused much controversy as of late. For a couple of decades, I sincerely believed that the earth and universe were only a few thousand years old. When teachers or television shows stated that a fossil was millions of years old, or that a star was millions of light years away, I would arrogantly scoff at these statements with disgust and disdain.

As a youth pastor, I boldly taught the teenagers and college students that their science teachers were not just wrong, but that they were willfully lying to their faces. I warned the students of this evil conspiracy! I was an avid young earth creationist (YEC) and this is what I taught because I was taught this was what the Bible taught.

I would debate this topic with anyone. Whether on Facebook, face to face, or in the local newspaper, I was willing to fight for a young earth. In fact, in 2010 I was planning a trip to Kentucky with our youth group to Ken Ham’s “Creation Museum,” which advocates young earth geology. I was not able to make the trip happen, and instead we went to the EFCA’s national youth conference where Sean McDowell was speaking over three afternoon sessions on apologetics.

Over the course of the week, I started to read between the lines (so-to-speak) and I realized that Sean didn’t seem to hold to Ken Ham’s views. In fact, it seemed to me, although he never explicitly said as much, that Sean believed that God created the universe billions of years ago. This specifically was made clear to me when he said, “I believe in the big bang, I just know who banged it!”

This sent me on a journey and I was convinced that I had to prove Sean McDowell wrong. I began with the greatest research tool ever: Google! I soon realized that many of the respected Christian theologians, pastors, philosophers, and apologists were all “Old Earth Creationists” too (gasp)! Men like Lee Strobel, Tim Keller, Mark Driscoll, William Lane Craig, Hugh Ross, and J.P. Moreland were all old earth/universe creationists. Moreover, guys like Wayne Grudem (who literally wrote the book on Systematic Theology) seemed very open to the view. My world was rocked because Ken Ham had convinced me that true Christians were YEC advocates. I eventually went to get a master’s degree in Christian apologetics and focused on logic, science, theology, etc., and it didn’t take long for me to change my mind and leave the YEC conclave.

Now, with all of that said, here is something very important to consider: When I used to argue for YEC, I would always answer those pesky old earthers by stating that God could have created with the “appearance of age.” For example, when Adam was only one day old, he was not physically a baby nor did he have an infant body. Let’s say he looked like a 30-year-old athlete in the prime of his life or better. So, let’s continue this thought experiment and suppose that a medical doctor or a nutritionist was able to travel back in time to examine Adam on day one of his life. Wouldn’t the nutritionist be justified in stating that Adam was 30 years old even if he had no clue that he was just created yesterday?

Would the church need to fight and split over this diagnosis and condemn this nutritionist for simply doing his job?

Similarly, if the nutritionist is justified in making those claims, why aren’t scientists? This seems very inconsistent and borderline hypocritical to me. If a scientist is examining the universe (like the hypothetical nutritionist was examining Adam), is he wrong to state the universe looks nearly 14 billion years old (even if it really is only 6,000 years old)? Why can Adam look old when he is really young but the universe can’t? Why can God create a young Adam (as well as the Garden of Eden) with the appearance of age, but He can’t create a young universe looking like it “banged” into existence ~14 billion years ago? This seems hypocritically inconsistent to me!

Why do YEC folks even need to argue? If they would take this approach, they can still say that the universe is really only 6,000 years old, but it really does look 13.7 billion years old or so. In fact, there would be no reason that a YEC proponent could not become a cosmologist and actually study big bang cosmology concluding that God created a universe that really looks 13.7 billion years old. Just as the nutritionist could state that Adam really looks 30 years old on day one of his life and we ought to treat him as an adult, the YEC cosmologist could state that the universe really looks 14 billion years old (even though it really isn’t). God created a world with the appearance of age, and the appearance of age seems to be billions of years old! If YEC brethren would take this approach, there would be no conflict in the science classrooms or in the church.

YEC folks are dividing the church over a non-essential subject, and worse, pushing scientifically minded individuals away from Christ! I used to be an aggressive YEC guy myself, and now that I have “changed teams,” I have felt their contemptuous onslaught (so much for Jesus’s second great command)! Three times in the past three years, YECers from other churches have unsuccessfully tried to get me fired or severely reprimanded as a pastor (the EFCA allows for my position), and one “young earther” has recently physically assaulted me on the issue in the middle of a church service! It’s getting out of control and the non-believing world is watching their actions and being pushed farther and farther away. I know of one science professor who has experienced death threats from YEC folks because of his old earth view. This is lunacy, the epitome of sin, and is bordering on Islamic tactics. I know of zero old earth creationists making death threats or physically assaulting YEC brethren. This does not logically prove YEC is false, but it should at least provide some “cause for pause.”

I do think God created the universe nearly 14 billion years ago, but even if it was really only a few thousand years ago, it sure looks billions of years old. Stop fighting over irrelevant matters and as always…