I met Tim Stratton almost fifteen years ago, but have recently become friends with him when I developed an interest in philosophy. I attended the first semester of Reasonable Faith UNK and I have always been interested in science, mostly social science academically and philosophy recreationally. I believe my initial draw to Christian Apologetics came from … END_OF_DOCUMENT_TOKEN_TO_BE_REPLACED

Atheists love to label themselves as “freethinkers” because they claim to have no restraints to follow facts wherever they might lead. These so-called freethinkers state that a modern-day atheist is “someone who has heard the claims of various religions, has read the books on which those claims are based, and has found the claims to … END_OF_DOCUMENT_TOKEN_TO_BE_REPLACED

Last Friday, I watched in utter horror the news footage of the murderous attacks committed by Islamic terrorists in Paris, France. I was reminded of the attacks against America fourteen years ago and sickened by the pure evil that still exists in our world today. I had a hard time getting to sleep that night as I prayed … END_OF_DOCUMENT_TOKEN_TO_BE_REPLACED

It never ceases to amaze me how many internet atheists go to extreme, ignorant, and incoherent lengths to hold on to their faith in atheism. This is astonishing given all the evidence pointing out their worldview is probably false. Contrary to what you may read from atheists on social media today, we are living in … END_OF_DOCUMENT_TOKEN_TO_BE_REPLACED

I love to spend my time thinking about time. That might sound rather odd to most people; however, I have come to the conclusion that if we understand time correctly, then the rest of reality starts to fall into place. My interest in time theory began to exist when I began examining the beginning of … END_OF_DOCUMENT_TOKEN_TO_BE_REPLACED

Keith Thompson made a video taking Dr. William Lane Craig out of context. Sam Shamoun took the liberty of posting this video to Dr. Craig’s wall in an attempt to discredit him as an evangelical Christian apologist. In response to Thompson’s video (that Shamoun shared on Dr. Craig’s Facebook page), I said the following: “We must be … END_OF_DOCUMENT_TOKEN_TO_BE_REPLACED

Am I responsible for my beliefs or does something else impose them upon me? What do you believe? How do you know those beliefs you hold are any good (let alone true)? Many philosophers, scientists, and theologians today reject the idea that humans can ever make genuine choices. I freely think they are wrong as it sure seems as … END_OF_DOCUMENT_TOKEN_TO_BE_REPLACED

Jesus Validates the Bible (not the other way around)

Does God exist? Is Christianity true? Is the Bible reliable? These are three of the most important questions a person could ever ask. Even if a skeptic starts with the assumption that the Bible is not reliable, they would probably agree with the Apostle Paul that if Christ has not been raised, then our faith is … END_OF_DOCUMENT_TOKEN_TO_BE_REPLACED 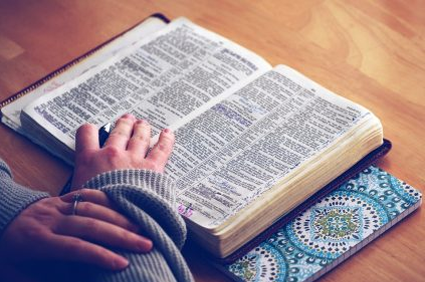 Free-Thinking Ministries is committed to getting our theology right. As a pastor in the Evangelical Free Church of America (EFCA) for nearly a decade and I think the EFCA has a pretty good statement of faith. If I had my druthers I would tweak a couple of these statements (especially the ninth statement on eschatology); … END_OF_DOCUMENT_TOKEN_TO_BE_REPLACED

I have spent the majority of my academic career contemplating free will. For over a decade I held the view of theological determinism and labeled myself as a “Calvinist.” For years I rejected the notion that humans were free to think or act in a libertarian sense. I found it interesting that when I began to … END_OF_DOCUMENT_TOKEN_TO_BE_REPLACED