The well-known evangelical pastor, Rob Bell, has recently thrust his view of hell into the limelight with his bestseller, “Love Wins.”[1] This view of hell is called “Universalism,” because it is the view that there is universal salvation. That is to say, the advocate of universalism rejects the premise of eternal hell.[2] This typically results … END_OF_DOCUMENT_TOKEN_TO_BE_REPLACED

The Omni Argument Against Calvinism has had several objections lodged against it over the past few weeks, but so far, none of these objections have had any “teeth in their bite” (so-to-speak). One complaint that I found particularly interesting was against the second premise of my argument. Here is the argument in its entirety: 1. … END_OF_DOCUMENT_TOKEN_TO_BE_REPLACED

Hopefully the subtitle caught your attention. Now, if you are of the reformed persuasion, please give me a chance to explain what I mean before it exponentially raises your ire. I initially began studying theology and apologetics because I noticed many young people being drawn towards atheism. This included students who were raised in the … END_OF_DOCUMENT_TOKEN_TO_BE_REPLACED

In my last article I offered an argument called, “The Omni Argument Against Calvinism.”[1] I mentioned that I was a committed Calvinist for many years and eventually, after scrutinizing the Scriptures along with the laws of logic, I concluded that “5-Point Calvinism” was false for several reasons. It was hard for me to let go … END_OF_DOCUMENT_TOKEN_TO_BE_REPLACED

One of the greatest debates behind the doors of the church today regards God’s sovereignty and human responsibility. Typically, this debate is divided into two camps: Calvinism vs. Arminianism. Calvinists are quick to defend the providence of God; however, in the process, their case eradicates human freedom and genuine responsibility. Arminians are usually quick to … END_OF_DOCUMENT_TOKEN_TO_BE_REPLACED 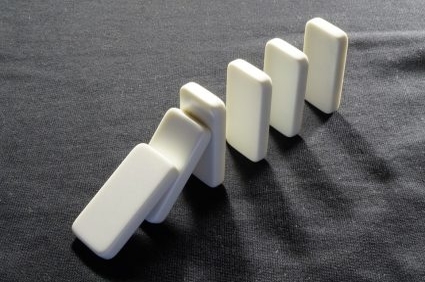 J.P. Moreland, in his book, Scaling the Secular City: A Defense of Christianity, claims that physicalism (often referred to as “naturalism”) is self-refuting for many reasons, but mainly because physicalism seems to deny the possibility of rationality. In making his rational case for rationality, he demonstrates that at least five factors must be established if authentic … END_OF_DOCUMENT_TOKEN_TO_BE_REPLACED

The British actor, Stephen Fry, has recently narrated a short animated video in which he advocates the atheistic view of humanism. In my experience, humanism seems to mean different things to different people. According to a quick Google search, humanism is typically defined as: “An outlook or system of thought attaching prime importance to human … END_OF_DOCUMENT_TOKEN_TO_BE_REPLACED

I believe Romans 9 is one of the most misinterpreted and improperly understood passages in the entire Bible. It is due to this misinterpretation that many Christians jump to the conclusion that humans do not possess libertarian free will. However, when compared to the rest of Paul’s writings (even in the rest of Romans) the … END_OF_DOCUMENT_TOKEN_TO_BE_REPLACED