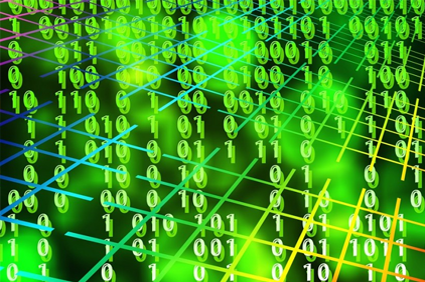 A common objection to the notion that a human being is composed of both a material and an immaterial aspect of existence (substance dualism) is the problem of interaction. The naturalist will object and question: “How can an immaterial soul cause matter to do anything?” Even though we have scientific evidence suggesting this occurs, explaining exactly how this works is a different matter.

The psychiatry department at UCLA has done outstanding work in treating  obsessive compulsive disorders. The study of self-directed neuroplasticity demonstrates that the way you freely choose to think (even if it goes against your current neural pathways) can actually “rewire” neural pathways (grooves in the brain) and change your brain chemistry to work better in the way you want to use it.[1] This is significant evidence that one’s immaterial thoughts actually change their material brain. According to the Law of Identity, this is evidence that (1) non-physical thoughts actually exist (therefore physicalism is false), and (2) you are not your brain, because you can freely choose to change it.[2]

These studies show that we can freely instigate changes in the brain. So, rather than brain chemistry leading the parade, something we call “your will” is running the show. As Steve Williams noted, “For every action you take, there is a chemical cascade which is secondarily initiated by your brain, but a choice you made prior to that action caused the whole chain of events in your brain to start.” It logically follows that you are not your brain. This data demonstrates that we do have (at least some) sovereignty over our neurological systems, and something immaterial is steering the ship.

It seems that modern science is consistent with what the apostle Paul taught some two thousand years ago. One of my favorite Bible verses is 2 Corinthians 10:5. Paul states, “We take our thoughts captive to obey Christ.” Moreover, in Romans 12:2, he states that we can be “transformed by the renewing of our minds.” This is exactly what the researchers at UCLA are demonstrating today. If we take our thoughts captive and freely choose to think according to the rules of logic and reason (“The Logos” in John 1:1), we will be transformed by the renewing of our mind. That is to say, the way I freely choose to think actually transforms my physical brain. This brings new meaning to the term “mind over matter.”

This is amazing, but even if we did not have this scientific data, the absence to an answer to the question of “how” does not prove this does not occur. There are many things science cannot currently explain the how to, and probably many things science will never be able to explain. The interaction objection assumes that if we do not know how A causes B, then it is not reasonable to believe that A causes B, especially if A and B are different kinds of “stuff.” However, this assumption is erroneous as we often know one thing causes another without us having any idea of how causation takes place, even when the two items are essentially different.[3]

Most atheists admit that it is at least possible that God exists, even though they do not think he probably does.[4] Suppose the God of the Bible does exist. The Biblical view of God is that he is immaterial and that God, as an immaterial being, creates, and interacts in, the material world. We would not have to explain how this occurs to admit that it can occur.

The interaction objection fails for these reasons discussed. Many atheists, however, who are committed to their naturalistic presuppositions refuse to let go of this objection. If the naturalist/physicalist continues to reject the “soul hypothesis” based on the interaction objection, they may wind up shooting themselves in the foot. This leads us to some mind-bending ideas in current theoretical physics.

Idealism & the Emergence of Space

A growing number of physicists today are questioning (if not rejecting) the existence of space and matter and affirming a view called idealism.[5] In fact, even the well-known cosmologist, Neil deGrasse Tyson seems to be quite open to this possibility that the universe is nothing but a digital simulation (Donald Hoffman explains here and Sam Harris explains here). Here is the point: if one objects to substance dualism because of the interaction problem, perhaps it is not the soul that one should dismiss, but rather, matter itself. I must be clear that I am not necessarily affirming this view (it is hard to believe matter does not really exist). I am, however, willing to consider the data suggesting this is a possible description of reality.

Here is the main point to take away from this: at the very least, you have some reason to doubt the existence of matter (the stuff your brain is made of), but no reason to think that you are not a thinking thing (a mind) even if your material brain did not exist.

Consequently, if it were proven that substance dualism is false due to the interaction problem, then I would add the premise to the Freethinking Argument: “Substance dualism is false” and conclude that space and matter are illusory, that naturalism/physicalism is false, and then conclude that God and other immaterial minds exist. In fact, this can be reformulated into a simple argument for God’s existence in itself requiring only introspection to verify.[6]

In past articles I have demonstrated that the rationality of the mind hinges on its immateriality. This creates a severe conundrum for naturalists who reject substance dualism but also pride themselves on their assumed capacity to reason. To bypass this argument, they would either be forced into adopting substance dualism, a position they vehemently reject via blind faith, or they must admit that they are non-rational and void of inferential knowledge.

Moreover, an argument can be made from physics for the same conclusion. In 2007 the concept of realism (as we know it in our every-day lives) had a new dimension added to it at the quantum mechanical level.[7] Furthermore, recent high-end theoretical physics has lent weight toward the possibility that the fabric of space is emergent. The consensus among quantum gravity researchers is converging on the view that space (and thus matter) is not fundamental, but rather, it emerges from underlying information.[8] Take the eminent theoretical physicist, Fotini Markopoulou, for example. She makes the following statements: “I’m not so sure you could describe a world without a time, but describing a world without space is an easier job.” She goes on to say, “If there is no time, then things do not happen… space is a bit easier to do away with.”[9]

If one considers that “physicality” is defined within space, then this discovery would directly conflict with physicalism and replace it with a kind of scientific immaterialism. Johanan Raatz explains:

When combined with a theory in cognitive science by Giulio Tononi, called Integrated Information Theory, or IIT, this could give a direct scientific argument for idealism! According to IIT, all consciousness states are systems of integrated information. This is very intuitive since that is all one perceives in one’s consciousness. However, according to much quantum gravity research, space-time behaves as though it emerges directly from the information integrated together in a single universal wave-function. Thus by inference, one can model physical reality as the interior of a conscious state! This too can be formulated into a simple argument for God’s existence.[10]

These discoveries in both modern science and philosophy of mind simultaneously avoid the interaction problem often used to object to substance dualism (and the soul). This also simultaneously creates a case for the soul and the existence of God in the process. This strengthens the Freethinking Argument in that if rationality does exist, the human soul exists as well.

Bottom Line: I argue that we are non-physical souls who have physical bodies; however, if these physicists are right about idealism, then we are non-physical souls who simply perceive that we have physical bodies. This “idealism” is not much different and still a form of substance dualism in a sense. Although I am quite willing to change my mind, I am not convinced that the interaction objection demonstrates that substance dualism must be false; but one way or the other, naturalism/physicalism is false.

* Watch this short video from Inspiring Philosophy to gain clarification on what Idealism entails. The end is full of quotes from respected scientists who affirm this view of reality.

[1] Jeffrey Schwartz, You Are Not Your Brain: The 4-Step Solution for Changing Bad Habits, Ending Unhealthy Thinking, and Taking Control of Your Life, (The Penguin Group, New York, 2011) Page 39

[6] Johanan Raatz, this is from an email conversation we engaged in on this particular topic. Johanan has a degree in physics and is currently pursuing a graduate degree focused on the metaphysical implications that follow from quantum mechanics.

[10] Johanan Raatz, this is from an email conversation we engaged in on this particular topic. To learn more regarding idealism, watch Johanan’s video by clicking here. Click here to listen to J.P. Moreland’s thoughts regarding idealism (I am currently in Moreland’s camp).

Objections to the Existence of the Soul November 20, 2017