I’ve talked to a few Christians who are still undecided as to how they will vote in the 2020 election. They have expressed to me that they need to spend “more time in prayer.” While I encourage “praying without ceasing” (1 Thes 5:17), if one merely reads their Bible one will find the answer as to how one OUGHT to vote in this year’s election.

Always start with the words of Christ! Consider the fact that Jesus constantly interacted with the Pharisees in the New Testament (the religious and political rulers of Israel). Matthew 23: 23-24 provides a good example (note that Jesus was not always “nice”):

23 “Woe to you, teachers of the law and Pharisees, you hypocrites! You give a tenth of your spices—mint, dill and cumin. But you have neglected the more important matters of the law—justice, mercy and faithfulness. You should have practiced the latter, without neglecting the former. 24 You blind guides! You strain out a gnat but swallow a camel.”

According to Jesus, not all moral laws are of equal weight. Jesus spoke of weightier matters of the law in Matthew 23:23. And the least of these, Matthew 5:19. And the greatest commandment, Matthew 22:36. He told Pilot that Judas had committed the greater sin, John 19:11.”

Think about the “weightier” or “more important matters of the law” and modern-day America. Politicians today are more concerned about the consequences of using plastic drinking straws than placing restrictions on abortion (killing millions of innocent human beings) and actually advocate for it in many cases. What do you think Jesus would say to these politicians or those who vote for them? (Note the use of the word “hypocrite” above!)

But some Christians believe they need to keep praying about voting for a candidate who isn’t always “nice” — even though he fights against the mass-murder of babies (not to mention fighting against Marxism–arguably the greatest evil to ever hit the planet, critical theory, sex reassignment surgery on children, “drag queen story hour” for little kids, etc.).

With killing babies in mind, consider the fact that the Bible is FULL of “not nice” people God allowed to lead his people in one way or another. But when it came to the murder of innocent babies, God was unequivocally horrified:

“They built the high places of Baal in the Valley of the Son of Hinnom, to offer up their sons and daughters to Molech, though I did not command them, nor did it enter into my mind, that they should do this abomination, to cause Judah to sin.” (Jeremiah‬ ‭32:35‬)‬‬

Indeed, there are “weightier matters of the law.” No candidate is perfect and all of them are sinners (including a third party candidate). Only one candidate in 2020 stands in a position to STOP the evil of the modern-day Democrat Party.

Read your Bible, think about things biblically, and vote with scripture in mind! “There’s a time to pray and then there’s a time to obey and take a stand against evil wherever it’s hiding like Joshua did.”[1]

[1] That’s a quote from my good friend, Tito Santiago. 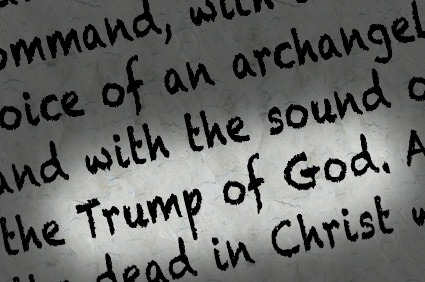