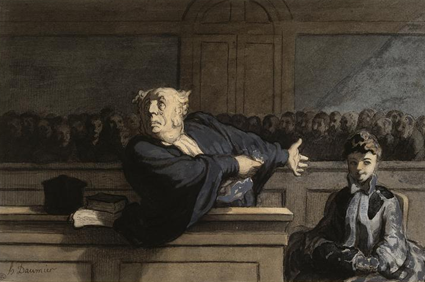 Experientially speaking, one of the most common reasons popular-level atheists give for their rejection of the Kalam Cosmological Argument (from hereon, KCA) is their belief that the argument relies on its defender committing the fallacy of special pleading. Special pleading occurs when an exception is given to a principle (or something roughly equivalent such as a law, rule, or generalization) when we would expect it to apply to whatever is being excluded and no rational justification is provided for why the exclusion is occurring.1 So, for example, suppose two college roommates (call them S and T) are in conflict with respect to how they best study. S studies best while in silence, while T studies best when music is playing in the background. Now suppose that S imposes a new rule that T cannot play his music while they are both studying. When T asks for S’s rational justification for imposing this rule, S simply retorts “It’s my room, too!”.

In order to understand the problem with S’s response, we must recognize the underlying principle at work in this illustration, namely, the rule of thumb that most roommates accept, that generally speaking, neither person’s interests are more important than the others. The problem is that S places his interests over his roommates without rational justification and when we expect the relevant principle to apply to S since it is inclusive of people who are roommates. This is not to say that there is no way to resolve this problem or problems like this, but it is to say that if S wants to exonerate himself from the charge of special pleading he must first shoulder the intellectual burden of providing some rational justification for why he should be excluded from the principle in question.

With respect to the KCA atheists allege that its proponents commit the same type of error that S makes by requiring the universe to have a cause, but not God. This objection, however, evaporates once one understands the principle concerning causality pervading the argument. The principle in question states that Everything that begins to exist has a cause, not that Everything that exists has a cause. Hence, no special pleading has occurred in favor of God since we do not expect the principle to apply to Him since it doesn’t pertain to entities, like God, which don’t begin to exist.2 3

In sum, the charge of special pleading, as it is formulated in this particular case is simply the result of comprehensional ignorance regarding how the relevant fallacy actually occurs. If detractors of the KCA truly want to see whether or not the argument holds water, that endeavor will be most successful once they’ve learned two things: (1) what the argument actually states and (2) not prematurely dismiss it by giving rejoinders that betray the notion that they’ve understood their own objection.

1By ‘rational justification’, I just mean a reason that violates no intellectual obligation or duty concerning a persons beliefs. To give an example, I would not be within my intellectual rights in believing that this article was written in Biblical Hebrew given that it simply doesn’t appear to me in that way. Such a belief would be therefore be irrational for me to hold. However, my belief that this article is written in the English parlance violates no intellectual duty and is therefore rational, perhaps even obligatory for me to hold.

Further, notice that to say that having rational justification for including an exception doesn’t necessarily entail that the justification given is, in fact, true. For example, suppose that one’s professor imposes the rule that Students must take the midterm exam on Friday. But let us further suppose that he imposes the additional rule that Students who are sick on Friday may take the exam upon their recovery. Now let us suppose that one of the students, call her P, calls in sick on Friday, telling her professor that she has come down with a case of the stomach flu. Additionally, she makes this call after demonstrating what appears to be some of the external symptoms of this virus. After seeing a doctor, it turns out that P’s being sick is actually the result of food poisoning, not a stomach flu. In this case, although P’s reasons for excluding herself from taking the test turned out to be false, she is nevertheless not guilty of special pleading by excluding herself from this rule because she has still fulfilled the criteria of the additional rule that justifies one being exempt from taking the test. Special pleading would then only arise if P had no reason that her professor would accept to justify her missing the test or if she wanted to prevent other students from taking advantage of the additional rule even if they met its criteria.

That said, I suspect that one of the main reasons some people want to use the terms ‘rational’ and ‘truth’ as synonyms is because they are confusing their colloquial understanding of these words with their formal usage. However, within a formal context, the words ‘rational’ and ‘truth’ are no more interchangeable than the words ‘introverted’ and ‘shy’, that is, in so far as these terms are understood formally.

2To drive home the point, no one would accuse a United States federal judge of special pleading for failing to sentence to death someone who is guilty of mere music piracy. Why? Because the application of the death penalty in the US doesn’t pertain to people who have only committed the crime of music theft. So, in this scenario the judge would not be guilty of special pleading in favor of the criminal since we do not expect the death penalty to be enacted upon those who are only guilty of music theft. Similarly, the premise that Whatever begins to exist has a cause only pertains to things that begin to exist, hence, we do not expect it to apply to entities like God, which are without beginning.

A Lesson on the Kalam Cosmological Argument October 13, 2017