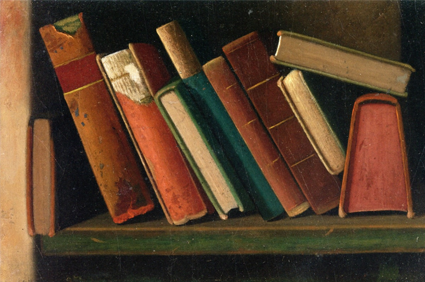 Some of the great features of philosophy include its emphasis on clarity of concepts, careful delineation of premises, and logical rigor. Unfortunately, these qualities which serve to secure the high quality of discussion on the academic level are often lost on the popular level. The untoward result of this loss is that the quality of discussion on the popular-level becomes unnecessarily diminished.

One common instance of this occurring is through a person misrepresenting a belief by conflating the belief in question with an implication/entailment that the belief bares. This conflation is not only fallacious since it creates a straw man of whatever view it seeks to explain or critique, but it is also unhelpful to the conversation since it impedes its productivity.

Further, it does not necessarily follow that because a belief implies/entails some other position that therefore every adherent or any one particular adherent of that belief actually believes in the implication/entailment, even if they should.1 It’s possible that these people are simply unaware of what their beliefs imply/entail. They might also disagree that their beliefs actually bare the purported implication/ entailment. Whatever the case, we shouldn’t attribute to people a position they might not hold to.

Moreover, misrepresenting a concept in this way may indicate that we do not understand the concept we seek to explain or critique. As human beings who are limited both in our knowledge and ability to be infallibly rational, we are simply prone to committing these types of errors. In those cases where we do, in fact, err, we should take note of those factors which contributed to our misunderstanding and then take the appropriate steps against them.

Finally, conflating a belief with an implication/entailment that the belief bares may actually counteract our efforts to persuade others to our own viewpoint. What needs to be understood here is that, in general, people are more receptive towards those whom they like.2 This is important because misrepresenting someone’s views may negatively influence their perception of you, which can lead them to becoming less receptive to whatever you’re saying. Granted, rejecting a viewpoint simply because we take issue with its adherents is not a good reason to reject it. We can also grant that, given the complexities of human behavior, that there are cases where its difficult not to offend someone despite our best efforts to not do so. The point here, however, is that when we are seeking to persuade others to our own viewpoint, we should not seek to offend them needlessly.

In sum, conflating a belief with an implication/entailment can stunt the productivity of a conversation, is logically fallacious, and may be a symptom of our own ignorance and/or lack of character with respect to a particular subject. That said, if the overall quality of the popular-level is to be preserved and not stifled by elementary errors, one of the things we can at least do is keep assertions distinct from their implications/entailments by clearly labeling them as such.

1Of course it could be true that one’s interlocutor does, in fact, believe in the purported entailment – one can give a formally invalid argument for a true conclusion, after all! The point here, however, is that a belief merely bearing an entailment does not guarantee that every adherent of that belief will also believe in the entailment.

2For further reading on the psychology of persuasion see Robert Cialdini, Influence: The Psychology of Persuasion.