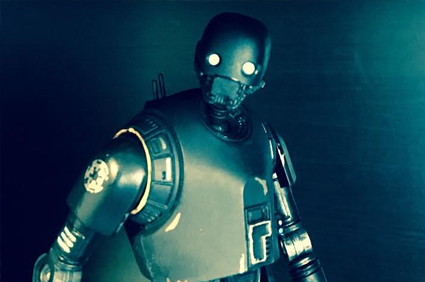 I absolutely love the Star Wars saga! I have been a Star Wars fanatic since I was a little boy when the first movie (Episode IV) was released in 1977. Not much has changed as far as this is concerned over the past forty years — I even still purchase Star Wars action figures to this day!

In my opinion, the recent movie Rogue One: A Star Wars Story is one of the best movies in the entire saga. I saw the movie three times in the first four nights after its release and I hope to see it several more times. I love how Rogue One fills in previously unexplained gaps in the Star Wars story line and I cannot say enough about how awesome Darth Vader is in this flick! Be that as it may, one thing that initially struck me is that we can learn about freedom and responsibility through one of the main characters: the droid they refer to as K-2SO.

K-2SO (K-2 for short) was once the property of the evil Galactic Empire and programmed to act accordingly. You see, K-2 was not responsible for its actions — the Empire originally programmed the droid to be one of the “bad guys.” Some might say that K-2 was “born into sin.”

K-2’s story does not end there. Cassian Andor of the Rebel Alliance apparently kidnapped (droid-napped) K-2 and reprogrammed the droid to act according to the goals of the Rebellion which are antithetically opposed to those of the Empire. K-2 was not responsible for this reprogramming either (Cassian was responsible). Thanks to the work of Cassian, K-2 is now one of the “good guys!”

Some might think that K-2 used to “freely” act in accords with the droid’s original programming and if left to its own devices would necessarily and “freely” act in accords with the goals of the evil Empire. Some contend that this is a form of free will called “compatibilism.” That is to say, as long as K-2 is programmed to act in accordance with the evil Empire’s goals, it will do just that until another external force changes the droids nature/programming. This is not worthy of the name “free will.”

K-2, however, was not left to its own devices! The Rebel Alliance droid-napped the machine and reprogrammed K-2 (against the droid’s will), and now K-2 has a transformed nature which Cassian Andor was responsible for (not the droid). Now K-2 will act against its original programming and approximate to the droid’s new and reprogrammed “nature.” K-2 has no ability to think or act otherwise.

This so-called “compatibilistic freedom” is nothing but a word game and is not free at all. We can demonstrate this logically via a special Star Wars version of an argument originally offered by Peter van Inwagen.

Rule Alpha: There is nothing anyone can do to change what must be the case.

This rule seems to be explicitly obvious because if an event necessarily occurs from something that must be the case, then the event itself is necessary and we are powerless to stop its occurrence. This has been called the “Transfer of Powerlessness Principle,” and as Robert Kane says, “our powerlessness to change X ‘transfers’ to anything that necessarily follows from X.”

In the case of K-2, the droid was powerless to change its programming. K-2 does not possess free will to choose to be programmed otherwise. Since the droid’s actions are based upon the programming over which it is not responsible for, then K-2 is powerless not to act as it does. The droid always acts as programmed by others.

Compatibilists argue, hypothetically speaking, that K-2 could have freely chosen differently if and only if the droid’s programming would have been different. However, as I have made clear, K-2 was not responsible for its programming. K-2’s actions could not have been any different either — even if the droid was “free” (whatever that means) to deterministically act according to the programming which was outside of its control.

We are not discussing how K-2 could hypothetically act or not act; we are discussing the prior programming which causally determined the actions of K-2 in the first place.

Some Christians today incorrectly view humanity like droids in Star Wars. They contend that you and I have no responsibility over our programing. Some think Adam and Eve freely chose to sin and thus “programmed” our current natures which determines our current thoughts and actions. Some say that God is responsible for our programming by causally determining our sin nature. Either way, on this view, you and I are not responsible for the sin nature in which we find ourselves possessing.

On this view, humans are nothing more than droids. No human ever chooses to love God in return. God simply programs some to act in evil ways for all eternity, and then reprograms a few to say (read in your best robot voice): “I – love – Jesus.”

What is really troubling with this view is that God has programmed most of the the human-droids to hate Him, and then He holds those human-droids responsible and tortures them into the eternal fires of hell for actions outside of their control.

Do not believe this popular — but false — view of God and humanity! Consider Molinism instead (click here)!

You are not a droid! Unlike K-2SO, you have a genuine choice to love God into 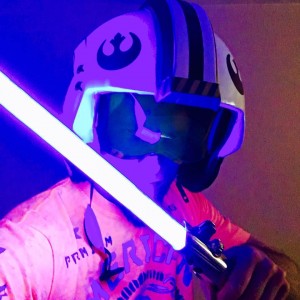 “Congratulations. You are being rescued. Please do not resist!”

Stay reasonable (Isaiah 1:18) and May the Force be with you!

4- Therefore, K-2SO is not responsible for the droid’s approximation to the goals of the Rebellion (Cassian Andor is responsible).