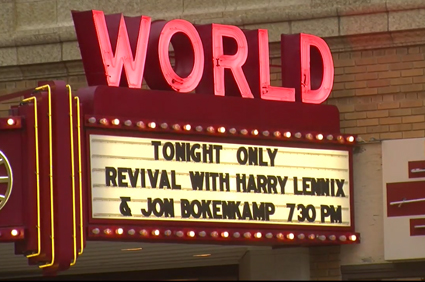 Actor Harry Lennix might not be a household name, although he is easily recognizable. Lennix played Commander Lock in The Matrix trilogy and General Calvin Swanwick in The Man of Steel and Batman vs Superman: Dawn of Justice. He also co-stars as Harold Cooper, the FBI director of a secret task force in my favorite TV series of all time — The Blacklist!

I have enjoyed characters played by Lennix but knew nothing else about him. This has recently changed, however, and my respect for him has skyrocketed.

Jon Bokenkamp is the creator and director of The Blacklist on NBC. He is also from my hometown of Kearney, Nebraska (a small college town off of I-80 in the heart of America). Not long ago, Bokenkamp asked me if I would be interested in hosting an event featuring Harry Lennix as he promotes a movie/musical that he has written and produced called, REVIVAL! THE EXPERIENCE. Why was an aspiring theologian asked to host this event? Because Lennix’s movie is based on my favorite subject — the gospel!

My first reaction was skepticism! A movie coming from Hollywood depicting the life of Jesus was sure to be filled with blasphemous errors. However, Bokenkamp told me that Lennix wanted to offer a prescreening of the film at the World Theatre in Kearney, and discuss all things from theology to The Blacklist afterward (two of my favorite topics). In fact, Lennix’s exact words were that he wanted to take part in a “theological dust up!” The thought of discussing theology with one of the stars from my favorite TV show in front of a packed theatre is something I could not resist! I accepted Bokenkamp’s invitation.

“If I tell you a ghost story, your rational mind will try to convince you not to believe it. Yet believe it you may, in the middle of the night…”

That got my attention! Lennix continued:

“However, the best and most unique ghost story is of the kind when there is no ghost at all. Instead the tickling and the whistling is the quickening Spirit of the Living God…”

His voice drew me closer, as he painted a fantastic word picture while actors and dancers were preparing for the production. Lennix concluded his introduction with the following:

“Brothers and sisters, if I were to tell you a ghost story — one that happens to be true — you would be in the right place to hear it.”

The movie begins with the empty tomb and both the Pharisees and the Disciples trying to make sense of it. Doubting Thomas was definitely living up to his name. That is, until Jesus, wonderfully portrayed by the double Grammy nominated singer/songwriter, Mali Music (who also wrote the music for “Revival”), miraculously walks through the wall and reveals himself to the Disciples as he sings, “Can you see me now?”

After restoring Thomas’ faith, Jesus disappears and is next found “disguised” and walking on the road to Emmaus. He asks the two sojourners: “What has happened today that is so important?” The response is perfect:

“What’s just the greatest news to ever hit the ears of our people… Jesus Christ our Lord — The Son of God — is alive again!”

I was pleasantly surprised — perhaps “shocked” is a better way to put it —  that the movie was quite faithful to the Biblical account of the atoning life, death, and resurrection of Jesus Christ. While staying faithful to the gospel, Lennix employed some artistic license to paint a fuller picture (and to hammer some points home) that might be lost apart from a movie screen. One example is his powerful depiction of the temptation of Jesus. At one point Satan takes the form of a “child actor” who takes Jesus to the top of the Hollywood sign to offer Him the world if He would simply bow His knee. After Jesus resists that temptation He is immediately taken to a show where Satan takes the form of a woman singing and dancing on stage. Needless to say, this scene does a fantastic job showing that Satan really tempted Jesus (Satan threw everything he had at Jesus)! Be that as it may, although 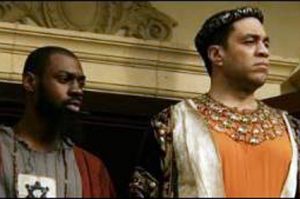 Jesus was tempted — more than any other human to ever walk the earth — Jesus resisted temptation and never sinned. What a powerful example for us to remember when we are faced with temptation. God promises a way of escape that we are free to take (1 Corinthians 10:13).

Lennix not only wrote and produced “REVIVAL,” but he also magnificently portrayed the role of Pontius Pilate in the movie. In an interview with the local NBC affiliate, Lennix said:

“Judaea was occupied by the Roman powers and here comes a man with a message of peace, love and a personal relationship with God and that is what this movie does, it celebrates that.”

I had the opportunity to meet Harry Lennix ten minutes before the show. I was supposed to welcome the crowd and introduce Lennix before the movie started.

Harry and I hit the ground running and in just a few seconds we were deep in theological discussion. He has a passion for Jesus, his faith is sincere, and his story is quite remarkable. Lennix was raised Catholic and went to seminary to be a priest. However, he came to believe that the Christian understanding of God was incomplete and he became an agnostic. During this time Lennix was highly influenced by the Nation of Islam and says that he “self-identified as a Muslim.”

Lennix did not stop in his search for truth. In the early 90s he came to identify as “interfaith” and says that he “dabbled in Buddhism and all kinds of things.” However, in 2008 he recommitted his life to Christianity after understanding the gospel through, appropriately enough, gospel music. He finally grasped and properly understood Christ’s message and devoted his life to Jesus — not to a religion!

During the movie, Jon took Harry and I to dinner and our theological discussions continued. We discussed everything from the Jesus Seminar, to the “Hebrew Israelites,” to the so-called “Problem of Evil,” and to my work in the field of apologetics. Not only did Harry become familiar with FreeThinking Ministries, but I was able to introduce him to the historical evidence of the resurrection offered by the likes of William Lane Craig, Gary Habermas, and Mike Licona.

The Theological Dust Up

After dinner we made it back to the World Theatre just in time for a discussion with the masses. During the Q&A I walked around the theatre providing a microphone to those in attendance who had questions for Harry and Jon. At one point Lennix noted that one questioner was addressing the “Problem of Evil” and appealed to the “free will defense.” He then noted that this might be a discussion one should have with Tim Stratton. That made my day!

One questioner from Omaha asked how Lennix can be a prominent Hollywood actor and also stay strong in his Christian walk. I will never forget his reply:

“You’re asking how I can be IN Hollywood, but not OF Hollywood. I’ll tell you this… I’ve never been OF Hollywood!”

The gospel was proclaimed in Kearney, Nebraska that evening — both on the screen and by Harry Lennix himself. It was a night that I will always consider to be a “ministry highlight” as many who were in attendance might not have previously understood the gospel message. Lennix made it clear.

Harry Lennix might not be a household name, but his testimony provides an effective example of how to engage the secular culture with the gospel message. The apologetics departments at Biola University and Houston Baptist University (two of the leading Christian Apologetics programs in the world) are both adamant that Christians must offer great art if we hope to influence the culture for Christ. Harry Lennix is at the forefront of this endeavor. Consider his own words:

In some ways, I believe that the target audience is precisely the apologists. Revival itself is something of a defense to the “enlightened Christian” and aesthetician who believe that orthodoxy, dogma, and blind tradition are sufficient ways of understanding God. A more true reading of Christ tends to reject dogmatic belief, and I’m hopeful that Revival, while not tackling any of this directly, will offer a compelling perspective into John’s gospel.

Please see and promote REVIVAL! THE EXPERIENCE (click here to watch the trailer). Reach out to those God puts in your path, invite them to the movie, and let Lennix share the gospel message — a “ghost story that happens to be true!” 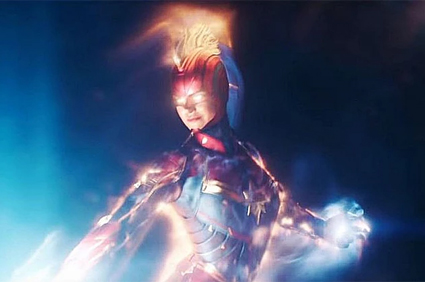 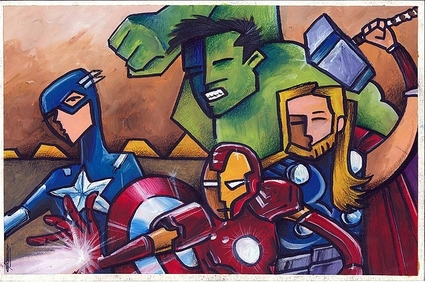 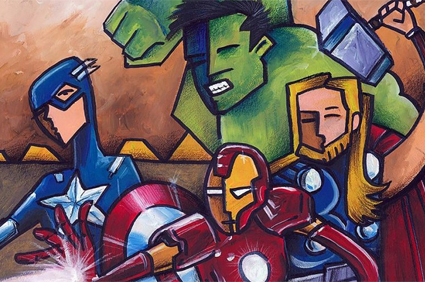