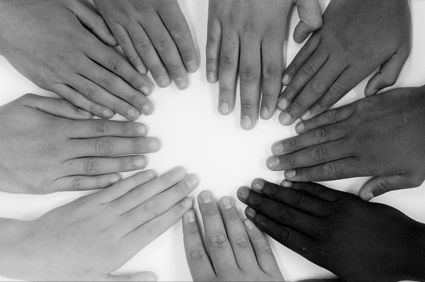 Racism. Unfortunately, on a number of occasions I’ve had to stare it right in the face. But never has an experience with racial prejudice been so alarming as the time that I had to face it within myself. During my junior year at Virginia Commonwealth University I came to the conclusion that I owed something to my community. I felt that God had blessed me with the means of getting a solid education and job prospects so the least I could do was give back by helping someone else to do the same. In my quest to save the world, I found myself volunteering as a tutor at a church sponsored after-school program that was located in the midst of a financially distressed urban area AKA “the ‘hood”. It didn’t take very long to realize that, while I had come to this after-school program to teach, God had brought me there to learn.

On the first day of tutor orientation I arrived before the other volunteers. I was excited and ready to save the world one student at a time. As I waited for orientation to begin, in walks two other volunteer tutors. Much to my surprise, considering the part of town this after school program was in, these two volunteers were Caucasian. Almost immediately I felt a flash of negativity toward these two white volunteers. “How dare they?” I thought. “These two are probably here to play the “white savior” role and rescue some poor little black kids so they can feel they have fulfilled their good deed quota when they leave from here and return to their lavish homes in the suburbs. They don’t really care about these kids like I do.”

As suddenly as these thoughts had arisen within me, I was struck by something else. I was hammered by God’s conviction and became painfully aware that I was racially prejudiced. Quite frankly it shocked me. I was dismayed at how easily I could lapse into such bitterness and prejudicial thinking, particularly toward others who professed to serve the same Jesus that I did. My parents didn’t teach me to think that way and throughout my childhood I had had friends of various people groups. Yet there I was; shamefully prejudiced and in need of a changed heart. I hope what I learned from that experience will be a benefit to others.

In the wake of the violent and racially charged incidents in Baton Rouge, Minnesota, and Dallas, we are forcibly reminded that the race dynamic is a wound that has yet to heal in America. As a country we find ourselves asking the hard questions about the dark side of our nation’s past, assessing what progress we have made, and positing what can be done to secure a brighter future. But what is the role of the church in all of this? Does Jesus have anything to say about these things? I believe those to be central questions and would like to turn our attention toward them for a few moments.

In the fourth chapter of John’s gospel, we find Jesus wearied from travel as he passes through Samaria. Having come to Jacob’s well he encounters a Samaritan woman and asks her to give him a drink of water. Her reply to Jesus’ request and subsequently His response to her, affords us an anecdotal lesson that I believe the church is certainly in need of today. In John 4:9 we read:

“The Samaritan woman said to him, “How is it that you, a Jew, ask for a drink from me, a woman of Samaria?”

Parenthetically, we are given the context of that question in the second part of that verse.

“For the Jews had no dealings with the Samaritans”

What an understatement! By the time Jesus comes along in His earthly ministry, there was a deep discord between Jews and Samaritans that had developed over the course of about six centuries. The Samaritans believed the Jews to have erred from the true worship of YHWH. Meanwhile the Jews viewed the Samaritans as being half-breeds; descendants of Hebrews from the Northern kingdom of Israel that had intermarried with ungodly nations and in the process had contaminated the worship of YHWH with pagan beliefs and practices.

Jews and Samaritans. Two people groups that were dramatically at odds with one another and yet were joined together by a common history. In reading this passage I can’t help but see a parallel between the Jewish Samaritan divide that was present in first century Rome and the uneasy relationship between “Black folks” and “White folks” of America today.

In America, African-Americans and Caucasian-Americans are intertwined by a shared past. Like the Jews and Samaritans, the past that binds us together is littered with the trespasses and indiscretions that threaten to tear us apart. The problem of race is deeply rooted in our history and continues to bear fruit today. Jesus has an answer to this.

In preaching the gospel to the Samaritans Jesus brought souls into the Kingdom. In reaching across the cultural divide between the Samaritan woman and Himself, Jesus demonstrated the love of God in a way that challenged the strongholds of social division at that time. For the Jewish disciples that followed Jesus, who no doubt had grown up with anti-Samaritan prejudices of their own, Jesus’ willingness to overstep this age-old feud, was a proclamation that Samaritans’ lives mattered. Surely this sent a message to His disciples that they were now a part of something that went beyond the relational boundaries which had been assigned to them by their cultural context.

What can the church do about the racial tension that persists in America? Let us, as the church and in our personal relationships, imitate Christ. Let us be a model for the world as to what reconciliation and laying aside prejudice looks like. Imagine if segregated Sundays in America were a thing of the past to the degree that terms like “a white church” or “a black church” were no longer meaningful descriptors of the assemblies of the brethren. Imagine if we as the church were to beat the swords of prejudice and racial separation, which our shared history has handed us, into plowshares of peace and unity as we reflect the Kingdom of God. What a powerful testimony of the transcendent love of God that would be. If ever there were a time that people needed to see Christians of different hues fellowshipping together in the bond of peace it is certainly now. Acts 17:26 declares that “From one man He made all nations…”

Through Jesus Christ, men and women from all nations have been called to be 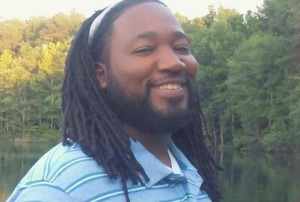 one people — God’s people. I believe that in our current context, demonstrating racial unity under the lordship of Christ may be one of the greatest apologetic tools the church has at its disposal. If we were to live it out, we would shed light on the answer this world is desperately looking for that neither legislation, police bodycams, nor hash-tagged slogans can give them.

My prayer for God’s people, in these times of racial turmoil, is that healing would begin with the church; and that we not be overcome by evil, but rather we overcome evil with good.

Your brother in Christ,

Adam will be launching the Tru-ID apologetics Podcast on August 1st. He also has experience with public speaking and teaches a monthly apologetics class. Adam is available for speaking engagements. You can find him here: