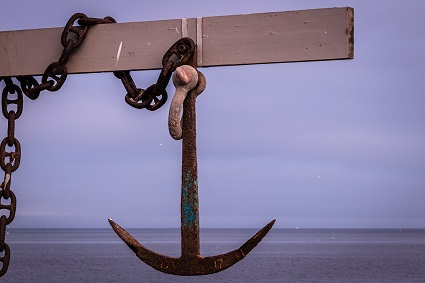 I closed Note One by calling Underground Man “grouchy.”[1] That is an understatement. The man admits to being spiteful. He hates his neighbors, practices cruelty, and delights in the misfortune of others. He even claims to take pleasure in his own pain and bitterness, some of which is self-induced. For example:

“I reached a point where, trudging back to my corner on some foul Petersburg night, I would feel a certain hidden, morbid, nasty little pleasure in the acute awareness that I had once again committed something vile that day, that what had been done could no longer be undone; and I would gnaw and gnaw at myself in silence, tearing and nagging at myself until the bitterness would finally begin to turn into a kind of shameful, damnable sweetness and, in the end – into a definite, positive pleasure! Yes, a pleasure, a pleasure! I stand by that… I will explain it to you. This pleasure comes precisely from the sharpest awareness of your own degradation; from the knowledge that you have gone to the utmost limit; that it is despicable, yet cannot be otherwise; …”[2]

Granted, Underground Man is an unreliable narrator and thus difficult to interpret. However, it is reasonably clear that he cultivates misanthropy toward himself and others, taking satisfaction in the results. At times, he seems to pursue evil for its own sake, even if feeling guilty about it afterward. Hence, he is no mere curmudgeon; he has something like schadenfreude. Although fictional, Underground Man illustrates what seems to be a real vice.

According to Arthur Schopenhauer, schadenfreude is the worst of human evils.[3] Assuming that there is objective morality, Schopenhauer is right. It is hard to find an evil lower than the purposeful derivation of pleasure from the knowledge of another person’s suffering. But what if there is no objective morality?

Philosophical naturalism entails atheism. Arguably, if there is no God, then there is no objective morality – in which case nothing is objectively wrong or evil, including schadenfreude. It is therefore reasonable to hold that if philosophical naturalism is true, moral nihilism follows. On philosophical naturalism, schadenfreude boils down to the causally determined behavior of a fleeting collection of atoms in a universe void of objective value, purpose, and meaning. Although this behavior is subjectively repellent for other aggregates of atoms, the behavior itself is neither objectively wrong nor evil. It just happens. It may be malum prohibitum — depending on the posited laws of a given society[4] — but it is not malum in se. On naturalism, reality is exhausted by that which is physical or reducible to the physical.[5] As such, it is difficult to see how there could be any room in the naturalistic worldview for objective moral values and duties; it seems incoherent to talk of behavior that falls into the category of objective axiology in a world containing only entities which are wholly describable by the disciplines of physics and chemistry.

Per contra, have we really shown that the non-existence of God is a sufficient condition for the non-existence of objective morality? Suppose morality is non-subjectively real in a world without God. For example, perhaps values such as love and virtues such as honesty exist sans explanation in a Godless universe. There are at least three objections to this position.

First, assuming the principle of sufficient reason, whatever exists has an explanation for its existence. Thus, if existent, moral values require an explanation. Arguably, it is more reasonable to say (a) that virtues such as honesty exist as attributes of God than it is to say (b) that they exist as self-explanatory, abstract objects in a world without the divine nature or (c) that they are identical to physical states in a purely materialistic world. Second, suppose arguendo that objective moral values exist (say, as abstract entities) in a Godless world. How could they impose a moral obligation on human beings? Moral obligations come from the commands of a morally and intellectually authoritative commander. How could anyone be obligated to live according to abstract objects? Abstracta have no causal power, nor can they issue commands which carry obligatory force. Third, it is doubtful that the blind process of evolution just happened to produce a contingent organism (i.e., homo sapiens) which, by sheer coincidence, possesses the right ontological properties and capacities that enable it to know, be obligated by, and desire to live according to abstract and necessarily existing moral values. This would be an unbelievable coincidence.[6]

Moreover, consider the following factors. First, as Robert Adams has argued, a view that identifies God as the archetype of the Good provides a moral ontology that best explains the existence of objective goods, both finite and infinite.[7] For example, the pursuit of objective excellence is coherent in a divine reality; without God, it is hard to make sense of the nature and pursuit of the excellent. Second, as John E. Hare has noted, the attempt to unite morality with naturalism is incoherent, leaving us with an unbridgeable moral gap between what we ought to and what we can do.[8] Ought implies can; if we are obligated and hence ought to live according to the high demands of morality, then we are able to do so – either unaided or with help. But via our efforts alone, we seem unable to meet the standard. Therefore, if we ought to be moral, we need assistance to do what we can and should. The best explanation for this help is that it is a matter of divine grace: there is no place for grace in naturalism; but grace fits nicely into the worldview of Christian theism. Third, as Richard Taylor has written, “the concept of moral obligation is unintelligible apart from the idea of God. The words remain, but their meaning is gone.”[9] Without a divine commander, moral duties are incoherent. There might be humanly imposed legal duties, but there can be no moral obligations. These three points support the claim that without God there is no objective morality.

In sum, the following proposition is plausible: if there is no God, then schadenfreude is neither objectively wrong nor evil. However, it is evident that schadenfreude is objectively evil; it is diabolical, as Schopenhauer recognized. Thus, paradoxically, the existence of schadenfreude provides a reason to believe that God exists.[10]

One benefit of reading Dostoyevsky’s novels is that they are vivid depictions of human life untethered to a moral anchor. As with the character of Raskolnikov in Crime and Punishment, our novelist uses Underground Man to illustrate the absurdity of the untethered life. Notes from Underground is yet another Dostoyevskian reductio ad absurdum against philosophical naturalism and its atheistic and nihilistic implications. In its pages, we see that the untethered life is not worth living.

*Photo by Grant Durr on Unsplash

[1] See Philosophical Notes on the Underground: One at https://freethinkingministries.com/philosophical-notes-on-the-underground-one/

[4] How can a mere arrangement of physical entities (see Footnote 5 below) posit laws to govern society? I leave this question for the reader to ponder.

[5] According to David Papineau: ”A central thought in ontological naturalism is that all spatiotemporal entities must be identical to or metaphysically constituted by physical entities. Many ontological naturalists thus adopt a physicalist attitude to mental, biological and other such “special” subject matters. They hold that there is nothing more to the mental, biological and social realms than arrangements of physical entities.” See https://plato.stanford.edu/entries/naturalism/#OntNat

[10] The argument can be formally expressed as follows: