I took a philosophy class while I was in college. The topic of this class was on contemporary moral issues, so you know we got into some heated topics. I heard every objection under the sun to objective morality. Everything from it was not very “tolerant,” to different cultures act differently so therefore there cannot be objective morality. I was the minority in this class to say the least!

Objective morality means that moral statements like “murder is bad” is independent of the person saying it. Objective morality means that there is a standard of morality that transcends human opinions and judgements. Morals are not invented, they are discovered. Now that our society has seemingly transformed into a “post-truth” society, objective morals have come under attack. A “post-truth” society is a society which is not concerned with objective facts, but rather, right and wrong are based on personal subjective feelings, tastes, and personal belief.

As Christians, one of the best arguments we have for God is the moral argument. Of all the attacks on Christianity and God, a Christian will most likely hear the most attacks on this subject. Why? Because everyone can relate to this topic. Each one of us every day makes moral judgements and decisions every day, ranging from opening the door for someone to helping someone who just got in a car wreck. Just so we can have a basis for what the argument actually is, it goes as follows:

With the argument in mind, consider four objections:

1. There are so many different cultures with different values, there can’t be objective morals! Look how different we are!

Off the bat, I agree with this objection. There are many different cultures appearing to be morally different on the surface. However, as one reads between the lines it becomes apparent that these different cultures are not really that different. It is important as we read between the lines to keep in mind that when looking at cultural diversity we need to determine whether differences are really about core morals or instead about application of that core moral truth. For example, what constitutes murder?

What my classmates did not realize is that these difference were in how morals were applied, not a difference in morals. Peter Kreeft says this,

“No culture has ever existed which believed and taught what Nietzsche called for: a transvaluation of all values. There have been differences in emphasis, for instance, our ancestors valued courage more than we do, while we value compassion more than they did. But there has never been anything like the relativism of opinions about values that the relativist teaches as factual history. Just imagine what that would be like. Try to imagine a society where justice, honesty, courage, wisdom, hope, and self-control were deemed morally evil. And unrestricted selfishness, cowardice, lying, betrayal, addiction, and despair were deemed morally good. Such a society is never found on Earth. If it exists anywhere, it is only in Hell and its colonies. Only Satan and his worshippers say ‘evil be thou my good.’”

It really comes down to a case-by-case basis. For instance, in the Hindu religion, they believe in reincarnation. Some of these people will starve themselves because they will not eat a cow. Why? Because they believe their great uncle died and reincarnated into a cow. Looking on the surface at this, it may look like there are differences in morals, but we need to read between the lines. As we read between the lines we see that the morals of our culture and their culture are the same. They think it is wrong to eat the cow because they believe that is their great uncle, we also believe it is wrong to eat our great uncle. As we can see, this really is not an objection, it is just a matter of not digging deeper.

2. Objective morality is not very tolerant! Relativism is much more tolerant of people’s opinions and beliefs.

This objection is entirely problematic. First, it is a self-refuting statement! By someone telling a person that his/her beliefs are not very tolerant, they in turn are being intolerant of the other person’s views. Moreover, this objection assumes that tolerance is really objectively good.

A second answer to this objection is, if relativism were true, why not be intolerant? Why should I be tolerant? Do you see where I am going with this?

Relativism is the view that morality is culturally based, therefore being subject to a person’s individual choice. With this view, there is no objective standard that a relativist can point to, to say that someone should be tolerant.

At root, this is merely an emotional objection. The person who puts out this objection probably does not want objective morality to be true because it will change their lifestyle. So called, “tolerance” feels better to them, and indeed it is a good quality (Paul thought so), but again, just because it feels good does not mean I ought to be that way.

3. There are so many different understanding of morals, there cannot be objective morality.

“Finally, even if one believes that morals (not just facts or practices) do actually differ between cultures, it does not logically follow that there must be no absolute, objective moral standards that transcend cultures. Just because five independent observers of an automobile accident give very different accounts of the event, it would be false to conclude that there is not an accurate, objective, and true description of what actually occurred.”

Even the skeptic David Hume understood this much. He points out,

4. I do not believe in God and I am a moral person. So you are saying that atheists cannot be moral people?

This is NOT at all what objective morality means! Of course, an atheist can be a good moral person. What’s ironic is that I know some atheists who are actually more moral than many Christians! A person does not have to believe in God to be a good person. This is more of an objection of epistemology, or how we know something. The atheist can know morality, but they cannot justify or provide logical grounds for it.

From the Christian worldview, we believe God fabricated a moral code into our DNA (Romans 2:15), other people think we know morality because of evolution. Again, this is a question of how we know something, not why I ought to do something. This objection confuses ontology (is there a moral reality) with epistemology (how do we know morality). On the naturalistic atheist worldview, they cannot justify why someone ought to be moral. There is no objective standard for the naturalistic atheist to point to. This objection is just a common misunderstanding of the argument. A simple clarification of what you mean by the moral argument will handle this objection.

As I mentioned earlier, in our “post-truth” society it is inevitable that a Christian will run into one of these objections. As Christians, we have to be prepared to answer these objections and to show that belief in God is rational and reasoned (1 Peter 3:15). What I have seen in dealing with the students in my class who opposed objective morality is that it is more of an emotional problem. As I mentioned in objection three, the students in my class did not want objective morality to exist because it would have to demand a change in their way if living. Hopefully, after reading this, you will be prepared to give a defense of one of the most relatable and fundamental arguments for the existence of God. 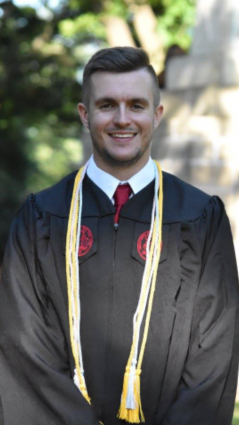