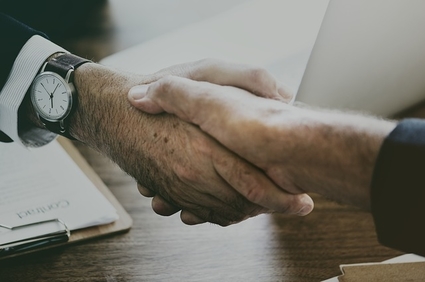 In their forthcoming exchange, Andrew and John will focus their attention on a narrowly framed articulation of the “Grounding Objection” to the Molinist account of Middle Knowledge. The two are conscious that, unless they are cautious to avoid doing so, they risk either clouding the discussion with peripheral matters, or talking past one-another. It is with a view to mitigating these risks that they have agreed to issue a joint statement that clarifies the nature of the Molinist account.

In the first instance, John and Andrew have agreed to be clear about the nature of the Molinist account of Middle Knowledge. Specifically, it is agreed that “Molinism” is the thesis that God has Middle Knowledge of the Counterfactuals of Creaturely Freedom (CCFs).

It is important to notice that, so defined, there are two elements ingredient in Molinism:

(1)        God has Middle Knowledge of counterfactuals of creaturely freedom; and,

To say that God has “Middle Knowledge” is (roughly) to say that God apprehends, but does not determine, the truth of a set of contingent[1] propositions about what every free creatures would do in any set of circumstances. Significantly, Middle Knowledge logically precedes God’s creative decree.

To the un-initiated, this will require some explanation. Perhaps it is best illustrated by contrasting it with two other kinds of knowledge of which God is ostensibly possessed. Specifically, theologians have long distinguished God’s ‘natural’ and ‘free’ knowledge. On the one hand, God has ‘natural’ knowledge to the extent that He apprehends all logically necessary truths. Significantly, and to the extent that universal possibilism is false, the truths populating God’s natural knowledge, are logically prior to, and hence independent of, God’s (voluntary) creative decree.

On the other hand, God has ‘free’ knowledge to the extent that He apprehends the truth of what contingently will be actual. For instance, long before the creation of the world, it was a feature of God’s natural knowledge that:

But, as of that ‘moment’ He elected to create a moon with such a radius, it became a feature of God’s free knowledge that:

The Molinist contention is that ‘between’ Free and Natural Knowledge, there exists a third kind of Divine Knowledge called “Middle Knowledge”. As noted, these are (contingent) propositions. God did not determine the truth value of these propositions.

2.1.2. What are the Counterfactuals of Creaturely Freedom?

Insofar as we affirm both libertarian free will, and God’s possession exhaustive foreknowledge, there is, we imagine, a set of counterfactuals describing how free agents would freely act in any given set of freedom permitting circumstances. These we call the “Counterfactuals of Creaturely Freedom” (hereafter simply “CCFs”).

The Molinist insists, that the CCFs are an object of God’s Middle Knowledge. The argument to this effect moves something like this:

(1)        If God apprehends the truth value of the CCFs, they are an object either of His Free or Middle knowledge

Premise (1) is true by definition. Insofar as they are truths about how agents, possessed of libertarian free will would act, the CCFs are contingently true. Thus, from the outset, we are precluded from the bizarre notion that they (the CCFs) may be a feature of God’s natural knowledge. There are, therefore, only two kinds of Divine Knowledge in which God’s knowledge of the CCFs may be grounded; either His free or His middle knowledge.

As between those who endorse both the libertarian character of human free will, and the possession by God of exhaustive foreknowledge, the contentious premise must be (4). The Molinist claim is, that if the CCFs are a feature of God’s free knowledge, they are no longer truths about what libertarian free agents would do. To the extent that the ultimate source of their truth lies in God’s creative decree, their truth has been fixed independently the relevant agent’s causal powers. Ostensibly it follows, that they are not truths about how libertarian free agents would act, so much as they are truths about how determined agents would act.

There are therefore, two elements ingredient in Molinism:

(1)        God has Middle Knowledge of counterfactuals of creaturely freedom; and,

One should not be too quick to assume either that (1) entails (2). Simply put, there are non-molinist accounts of middle knowledge. For instance, as William Lane Craig has noted:

One could theoretically maintain that God does cause everything that happens and yet that prior to His decree He knew what creatures would freely do were He to let them. One could go so far as to say that God, knowing via middle knowledge the mess that free creatures would make of any world, decided that such a world was finally not worth it and so created instead a world in which He Himself causally determines everything which occurs.[2]

It turns out then, middle knowledge is not of itself, a sufficient condition for “Molinism’. Rather, what we should want to say, is that “Molinism” is what you get when the reason you postulate Middle Knowledge to necessarily account for the Counterfactuals of Creaturely Freedom in the libertarian sense. Hence the two elements alleged to be ingredient therein.

This Joint Statement has been Signed and Agreed to by