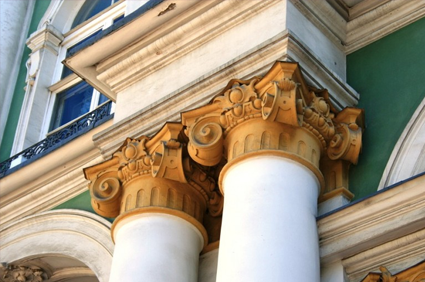 Christians both agree and disagree on several theological issues. Despite these differences on certain points, what keeps Christians united is what C.S. Lewis referred to as “Mere Christianity.” Keeping it “mere” means focusing on the one simple statement: “God raised Jesus from the dead.” If this one proposition is true, then Mere Christianity is true as well.

One of the issues dividing many Christians, however, is how to reconcile God’s providence and human responsibility. The view that I am more than partial to is called, Molinism. To be sure, Molinists do not agree on all issues, but “Mere Molinism” simply affirms two essential statements. I call these the “Two Pillars of Mere Molinism.” They are the following:

In fact, John Calvin himself (hence the name, “Calvinism”) had this to say regarding the issue in his “Institutes of the Christian Religion“:

“Providence means not that by which God idly observes . . . but that . . . he governs all events . . . . From this we declare that . . . the plans and intentions of men, are so governed by his providence that they are borne by it straight to their appointed end . . . Fortune and chance are pagan terms with whose significance the minds of the godly ought not be occupied.”

Calvin seemed to believe “all events” were causally determined by God, and this even includes the “plans and intentions of men.” Given this belief, it seems quite inconsistent to claim that a godly person “ought not” disagree with his deterministic philosophy because according to Calvin, the person who believes otherwise does not have a choice in the matter. God is the one responsible for all things — including the beliefs of both Calvin and the one who disagrees with him. Thus, according to Calvin’s own view, there is no room for “oughts” or “ought nots.”

Be that as it may, atheistic naturalists and Calvinists are odd bedfellows to be sure. With that said, however, they offer a united front proclaiming libertarian free will is an illusion! They both affirm the same thing: “humans have no genuine responsibility over anything!”

In past articles I have demonstrated that if one affirms causal determinism of any flavor, then they are inadvertently affirming that they do not engage in rational thought or possess inferential knowledge (warranted or justified true belief).

This conclusion is reached deductively via the Freethinking Argument Against Naturalism:

This argument refutes naturalistic determinism; however, a version of this argument can be crafted known as the Freethinking Argument Against Calvinism:

1- If theological determinism (Deterministic Calvinism) is true, then humans do not possess libertarian free will (LFW).
2- If humans do not possess LFW, then humans cannot engage in the process of rationality nor do we possess warranted or justified true beliefs (inferential knowledge).
3- Humans do possess the ability to engage in the process of rationality leading to warranted or justified true beliefs.
4- Therefore, humans possess LFW.
5- Therefore, theological determinism (Deterministic Calvinism) is false.
6- The inference to the best explanation of all the data is Molinism.

The Freethinking Arguments deductively proves the second pillar of Mere Molinism is true: “Therefore, humans possess LFW.” The final conclusion of the argument is not deductive, but rather an abductive move. Is this an incoherent “jump,” or is there good reason to affirm that Molinism is the best explanation of all the data? Do we have good reason to affirm the first essential pillar of Mere Molinism? Yes we do. Consider the following argument:

1- If God is eternally omniscient, then He knows the truth value to all propositions logically prior to his creative decree which actualizes a certain state of affairs over other possible states of affairs.

3- If God knows what would happen in all the possible state of affairs that He has the power to create (if He were to actualize them) logically prior to His creative decree to create the actual world, then God possesses middle knowledge of what free creatures would do if He were to create them.

4- God is eternally omniscient and does know what would happen in all the possible states of affairs that He has the power to create.

With God’s middle knowledge being deductively secured logically prior to His creative decree, we can now argue for the following:

The Omni Argument For Molinism

1- If God were omniscient logically prior to his creative decree, he would know all the possible worlds that he could actualize if he had the power to do so.

2- If God were omniscient logically prior to his creative decree, he would know with absolute certainty what would happen (including the libertarian free choices of humans) in any of the possible worlds available for him to actualize.

3- If God were omnipotent logically prior to his creative decree, he could actualize any possible world available for him to create (feasible worlds).

4- God is both eternally omniscient and omnipotent.

5- Therefore, God can elect and create a world in which he knows with absolute certainty what would happen in that world if he actualizes it — including the free choices of humans.

After considering these arguments, there are logical grounds (good reason) to reject the philosophy of Calvinism which is based on a certain interpretation of Scripture. When there are competing hermeneutical interpretations of the original Greek and Hebrew scriptures, then logic is the razor that slices away incoherent ideas — even if many in the church have held these illogical views for around 500 years or so.

The Spanish theologian, Luis de Molina, recognized the logical error in affirming theological determinism in the 1500s. Thank God that Molina’s insight is finally gaining traction in the church, albeit centuries later. If you would like to learn more about Molina, the founder of Molinism, and the doctrine of God’s middle knowledge, and how it makes sense of all the Biblical data, please go to Amazon right now and purchase Kirk R. MacGregor’s book: Luis de Molina: The Life and Theology of the Founder of Middle Knowledge.

Moreover, if (and only if) you are a Christian who affirms both of the essential pillars of Mere Molinism, then I personally invite you to join the official Facebook page of Molinism by clicking here. And as always…