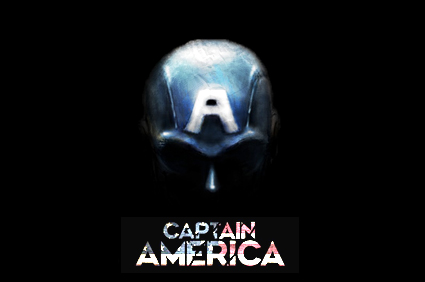 I have been a comic book junkie since I was a little kid. One of my favorite super heroes has always been Captain America. In this article I want to examine Cap’s famous quote above (written by J. Michael Straczynski) and think about it philosophically.

The first thing I love about this quote is that Cap is essentially pointing out that objective moral values exist! He makes it clear that it does not matter what anyone from CNN, MSNBC, or FOX NEWS says; it does not matter what the current politicians in power think, or what laws are passed by the Supreme Court;  in fact, it does not even matter if the rest of the entire country loses their minds and starts to think something that is really wrong is right — there is something about morality that is true, apart from the subjective opinions of humanity or the majority vote.

The second thing I love about Cap’s quote above is that it affirms the objective reality of moral duties and obligations. In fact, he goes on to say that we have a requirement to correspond to this moral reality! I love how he says, “your job is to plant yourself like a tree beside the river of truth.” Moreover, Cap says that if the rest of the morally confused world tells you to move (and get in line with their mistaken view of morality), our response should be, “No, you move!” We have a moral obligation to stand for truth no matter what anyone else thinks and even if the rest of the country — or the entire world — disagrees with you.

Is Captain America right? Is there an objective truth to morality? Are there some things that are really good, bad, right, wrong, fair, and evil? That is to say, does objective truth apply to morality? This question has major ramifications depending on how one answers it, because it ultimately asks, “DOES GOD EXIST?” We can see this demonstrated through the use of logic in a deductive syllogism known as “The Moral Argument.”

1- If God does not exist, objective moral values and duties do not exist.

Based on Captain America’s quote above, he affirms the second premise of this argument. Based on other Cap quotes, we also know that he believes in God, which logically grounds the truth of these moral concepts. Thus, Captain America is logically consistent when he makes objective moral claims.

Unlike Captain America, those who are committed to the blind faith of atheism must also reject objective moral values and duties which are true apart from human opinion or the majority vote. These secular atheists wind up stating that objective moral values and duties do not exist at all. By making this move, however, they tacitly affirm (albeit inadvertently) that there is nothing really wrong with Hitler’s Holocaust, the molestation of young boys in the Penn State 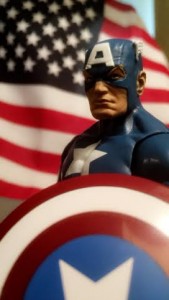 locker room by Jerry Sandusky, or the recent mass murder of 49 of our fellow human beings at the gay night club in Orlando.

So, if Captain America is right, and there are some things that are really wrong, even if the rest of the world mistakenly thinks they are right, then there are moral truths that are independent of human subjective opinion or the majority vote. These moral values and obligations can only by grounded in God. Thus, the evil men who committed all of the atrocities I mentioned above are the enemies of God!

LAW Above the Law

Cap’s quote is essentially referring to “the Law above human law.” This is the Law of God which is independent of, and external to, human opinion. In fact, it was this Law that was appealed to when the International Military Tribunal prosecuted the Nazis for “war crimes” and “crimes against humanity” at the Nuremberg trials following WWII.

Robert Jackson, the lead prosecutor at Nuremberg, answered that question during the trial (he was also a justice on the United States Supreme Court at the time). Justice Jackson stated that “even rulers are, as Lord Chief Justice Coke said to King James, ‘under God and the law.’” The arguments of the Nazi defendants were rejected by the Nuremberg court on the basis of this “Law above human law.” The court affirmed that there was, in fact, a pre-existing law and noted: “so far from it being unjust to punish [them], it would be unjust if [their] wrong[s] were allowed to go unpunished.”

This preexisting Law (which existed before humans made any laws of their own) can therefore not be based on the opinions of humans. However, if God exists and created humanity on purpose and for the specific purpose to love God and all other humans, then to act in an unloving way against humanity would be objectively wrong apart from human opinion. For those who are interested, we can demonstrate this with the following deductive syllogism:[2]

If God does not exist, however, then there is nothing really good, bad, right, wrong, fair, or evil with anything. So any government that truly believes the motto, “In God We Trust,” has a logical foundation to discuss objective moral values and duties. However, any secular or atheistic governments have no such basis for a “Law above human law.” It therefore follows that a government not focused on God will ultimately be led by force and the might of those who happen to be in power. As the communist and atheist, Mao Zedong stated, “Political power grows out of the barrel of a gun.”

Although most Americans still believe in God, we live in a secularized culture today that is growing increasingly intolerant towards the freedom to speak about God in the public square. In fact, recent legislation in California is going even further and threatening to close private institutions like my alma mater, Biola University, because of their commitment to keeping the Law of Christ, and as their mottos says: “THINK BIBLICALLY ABOUT EVERYTHING.” Not only is this legislation against private Christian universities unconstitutional and intolerant, it is the height of hypocrisy!

Atheism or secularism cannot logically make sense of objective human rights. According to consistent Christian theism, however, one can rightly affirm the Declaration of Independence: “We hold these truths to be self-evident, that all men are created equal, that they are endowed by their Creator with certain unalienable rights…” As America grows increasingly secularized, these inalienable human rights our founding fathers referenced, which ground human equality, are quickly erased.[3]

There is much talk recently about what will make America “great again.” One thing is certain, if we do not “plant ourselves beside the river of truth,” then America will never be great at all. So who can make America great? Donald Trump will not do it; Hillary Clinton will not do it; Bernie Sanders will not do it! The only person who knows how to make America — and this entire world — objectively great is Jesus Christ!

Jesus told us how to accomplish this and provided revelation of the Law above human law. Because of this Law provided by Jesus Christ, we stand in an epistemological position to know how we ought to live no matter what some politicians or the Supreme Court might say. Jesus gave many commands, but they can be summed up in the following way: Love God first (Luke 10:27) and love all people — from your neighbors (Mark 12:31) to your enemies (Matthew 5:44) — as yourself.

If the American people take a stand and freely choose to align our individual lives with the teachings of Jesus Christ, and if we intentionally strive to love God and ALL people as ourselves, then America will correspond to reality. If and only if that occurs, will America truly become an objectively GREAT nation.

[2] Thank you to my logician friends Jacobus Erasmus (PhD) and Shannon Byrd. The two of you took my original argument and tightened it up nicely. It is a pleasure to work with both of you!

Jacobus Erasmus has the “Midas touch.” He always takes my attempts at logical argumentation and reformulates them into logical gold! Here is another one of his related reformulations:

[3] Only God can logically ground objective and equal human rights; however, Steve Williams demonstrates that Thomas Jefferson specifically had Christian theism in mind while writing the Declaration of Independence in 1776. Read more here.