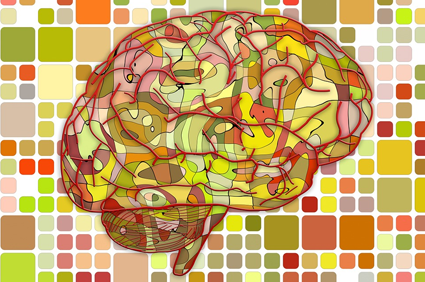 The focus of my graduate studies and one of the inspirations for this website (freethinkingministries.com) is an issue that has been under much dispute for quite some time. What is this hot topic? FREE WILL. Specifically, the topic of my research is in regards to libertarian free will. Many philosophers, scientists, and even theologians reject the idea that humans can really make free and undeteremined choices. For example, consider the words of the neuroscientist and well-known atheist, Sam Harris, in his book regarding free will:

Free will is an illusion. Our wills are simply not of our own making. Thoughts and intentions emerge from background causes of which we are unaware and over which we exert no conscious control. We do not have the freedom we think we have. Free will is actually more than an illusion (or less), in that it cannot be made conceptually coherent. Either our wills are determined by prior causes and we are not responsible for them, or they are the product of chance and we are not responsible for them.[1]

In my master’s thesis, I offered a logical argument which deductively proves that Sam Harris and his deterministic colleagues are wrong. The Freethinking Argument goes as follows (click here for more):

1- If naturalism is true, the immaterial human soul does not exist.

3- If libertarian free will does not exist, rationality and knowledge do not exist.

Many naturalists claim that it has been scientifically proven that we do not have this kind of free will via “Libet’s experiment.”[2] Did Benjamin Libet scientifically prove that free will does not exist? Not according to Libet! In fact, it seems his discoveries are used out of context quite often, as Libet himself concluded the results of his experiments were still compatible with libertarian freedom. Libet discovered that the brain signals of a test subject had already occurred (which eventually led to the subject’s finger pressing a button), before the test subject was aware of his decision to choose to press the button. He discovered the sequence goes as follows:[3]

In Libet’s later experiments, he found that even after a person’s brain signal occurred, once the person was aware that they could move their finger to press the button, they still had the freedom to not push the button. This is why Libet himself concluded that free will was completely compatible with the results of his experiments. Some have concluded that this brain signal is not a deterministic causal force, but rather, a “readiness potential” to begin an action that the person can then freely choose to do or not.[4] William Lane Craig sums Libet’s experiment up nicely:

As I contemplated Libet’s results, it struck me forcefully, this is exactly what the dualist-interactionist would expect. The soul (or mind) does not act independently of the brain; rather, as the Nobel Prize-winning neurologist Sir John Eccles put it, the mind uses the brain as an instrument to think. So, of course, the soul’s decisions are not simultaneous with the conscious awareness of them. How could they be? Given the soul’s reliance upon the brain as an instrument of thought and the finite velocity of the transmission of neural signals, of course there is a time lag between the mind’s decisions and the awareness of them. In Libet’s experiment, since neural processes travel at finite velocities, of course it takes time for the mind’s decision to come to consciousness. This is exactly what we should expect on a dualist-interactionist view.[5]

Lest I be accused of only quoting theists, the famous atheist and philosopher of biology, Massimo Pigliucci, agrees that deterministic conclusions are far too hasty:

Libet’s experiments . . . demonstrate . . . that we make unconscious decisions. . . ahead of becoming aware that we have made them. I doubt that anyone who has caught a falling object before realising what he was doing would be surprised, and I doubt anyone would seriously take that sort of experience as evidence that. . . consciousness doesn’t enter into. . . deliberative decision making (neither did Libet himself, incidentally).[6]

After closer examination of Libet’s scientific experiment, we still do not have a good reason to choose to reject the idea of libertarian free will. Here is a recent article providing even more reason to think the conclusions of naturalists are incorrect.

Even though naturalists unnecessarily interpret the data gleaned via Libet in a deterministic manner, my Freethinking Argument logically and deductively proves libertarian free will exists. Since science is based on logic (not the other way around), we know that any hypothesis a scientist offers which is logically incoherent is false. As quantum physicist, Dr. Bruce Rosenblum states: “A theory leading to a logical contradiction is necessarily an incorrect theory.”[7]

It is incoherent to attempt to conclude a model of reality which destroys the very method you used to reach your conclusion. By rejecting libertarian free will, the naturalist rejects the ability to freely think. It follows that the naturalist simply assumes and presupposes his determined belief in atheism is better than my belief in Christianity. He assumes he has no ability to believe otherwise and he assumes the Christian has no freedom to choose a different worldview either. Thus, the atheist simply assumes his determined thoughts and beliefs are true (including his thoughts and beliefs about his thoughts and beliefs) to conclude they are true. This is the epitome of the logical fallacy known as begging the question. As I always say, any argument based on a logical fallacy is no argument at all.

As we saw in premise (2), if libertarian free will exists, it must be based on something that is not a part of the deterministic machinery of this material cause and effect universe. If humanity can truly think logically and make rational arguments, and legitimately be responsible, then humanity must possess libertarian free will. If humanity has this kind of free will, we must be more than just our material bodies and brains. For human libertarian free will to exist, we must possess an immaterial aspect of our existence which can freely choose to “override” the laws of nature (so to speak) and act as a free agent. This logically leads to the next deductive conclusion of the Freethinking Argument:

Tagged with: Free Will • libertarian free will • Libet's experiments