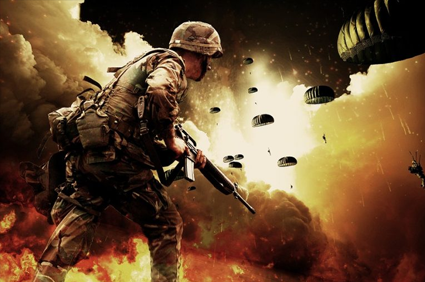 Nothing fascinates me more than investigating evidence for the existence of God. I have spent the past seven years of my life devoting multiple hours every day examining this data and related issues. One of these related issues is that of free will. Though this has been the subject of debate for centuries — among Christians and non-Christians — it is my conviction that not only do humans possess free will, but that this freedom is actually further evidence of the existence of God.

What surprises me is that so many people seem to hate the conclusion that humans can actually make free decisions. In my experience the majority of atheists reject the idea of genuine freedom, or what philosophers call, “libertarian free will” (in a nutshell libertarian free will (LFW) entails two essential ingredients: 1- agents possess the ability to think and/or act otherwise, and 2- there are no external deterministic causes of at least some thoughts and/or actions). This is because most atheists assume the truth of naturalism (the view that nature is all that exists). If naturalism is true, then it seems a rational inference to conclude that if all that exists is nature, then all is causally determined by the laws of nature and things external to human control. If this is the case, then humanity seems to be nothing more than glorified falling dominoes. If this is all we are relegated to, then there is no room for human freedom or responsibility. The well-known neuroscientist and naturalist, Sam Harris explains why:

“Free will is an illusion. Our wills are simply not of our own making. Thoughts and intentions emerge from background causes of which we are unaware and over which we exert no conscious control. We do not have the freedom we think we have. Free will is actually more than an illusion (or less), in that it cannot be made conceptually coherent. Either our wills are determined by prior causes and we are not responsible for them, or they are the product of chance and we are not responsible for them.”

But these atheists are not alone in their disdain for freedom. Many Christians have joined the anti-freedom march because they believe that the Bible teaches that God causally determines and controls all things. John Calvin expressed his views regarding free will nearly 500 years ago:

“How few are there who, when they hear free will attributed to man, do not immediately imagine that he is the master of his mind and will in such a sense, that he can of himself incline himself either to good or evil? . . . Of this, the very term in question [free will] furnishes too strong a proof . . . I think the abolition of it would be of great advantage to the Church. I am unwilling to use it myself; and others, if they will take my advice, will do well to abstain from it.”

Those of us at FreeThinking Ministries (FTM) stand on the side of freedom and disagree with Harris and Calvin. Indeed, the very name of our organization was inspired by the fact that we are confident that humans do possess LFW and the ability to freely think. Those of us at FTM are proud to hold the banner of “Freedom Fighters!”

A newcomer to FTM is Shannon Eugene Byrd. He is spending the majority of his time engaged in research. Shannon and I have had the opportunity to interact with several people — from atheists to Christians — who believe that determinism is true. However, we have been amazed by the many different shades of determinism people hold.

A popular shade of a view amongst determinists is called compatibilism. Because compatibilists (aka, “soft determinists”) realize the many philosophical problems that come along with denying free will — specifically a loss of moral responsibility — they assert that freedom is compatible with determinism. This assertion has been refuted by Peter van Inwagen’s Consequence Argument (CA).

This informal version of the CA argues against naturalism, but one can simply replace “laws of nature” with “God” and “His will” when dealing with a Calvinistic view of determinism:

Rule Alpha: There is nothing anyone can do to change what must be the case (or what is necessarily so).

This rule seems to be explicitly obvious because if an event necessarily occurs from a necessary entity, then the event itself is necessary and we are powerless to stop its occurrence. This has been called the “Transfer of Powerlessness Principle,” and as Robert Kane says:

“our powerlessness to change X ‘transfers’ to anything that necessarily follows from X.”

The CA suggests that if determinism is true, then humans are powerless or not responsible — in an “up to us” sense — for our actions because there is no ability to do otherwise.

However, compatibilists counter with the assertion that both determinism and human freedom can coexist — even with no ability to do otherwise. As weird as this sounds, this can actually be demonstrated through something called, “Frankfurt examples.” William Lane Craig offered a thought experiment making this case (the presidential candidates have been changed to adapt to the times):

Imagine a man whose brain has been secretly implanted with electrodes by Vladimir the mad scientist from Russia. Vladimir, being a Trump supporter, decides that he will activate the electrodes to make the man vote for Trump if the man goes into the polling booth to vote for Hillary. On the other hand, if the man chooses to vote for Trump, then Vladimir will not activate the electrodes. Suppose, then, the man goes into the polling booth and presses the button to vote for Trump. In such a case it seems that the man freely votes for Trump. Yet it was not within his power to do anything different!

Craig’s thought experiment suggests that although there is no ability for the voter to vote otherwise, for his will to really be free, his choice to vote for Trump must really be “up to” him. It seems to me that in this thought experiment, the voter possesses LFW to think — without an ability to physically do, act, or vote, otherwise.

In this sense, an agent is free to make his own decisions (at least some of the time) according to reason, and not necessitated by the deterministic laws of nature or God’s manipulation. Therefore, if humans are free to think and make their own choices due to the reasons (thoughts) that they have freely weighed and then freely acted upon, they are also responsible and accountable for these choices and actions — even if they had no ability to physically do, act, or vote otherwise. Why? Because in this scenario, the mad scientist from Russia never actually stepped in and manipulated the voter to vote for Trump. The voter freely chose to make this decision on his own (it was “up to” him).

But, if the voter would have chosen to vote for Hillary and simply could not because of the mad scientist’s manipulation, then the voter is not responsible for his vote for Trump. It was not what he wanted, nor what he freely chose to attempt to accomplish. It seems intuitively obvious that the voter in this scenario was not responsible for the vote which was cast based upon the physical actions of his body. This is the case because Vladimir determined his action to vote. Vladimir was the source!

Bottom line: The Bible teaches that humans are responsible for our thoughts (2 Corinthians 10:5) and actions (1 Corinthians 10:13). However, if God causally determines all things, then all things includes all thoughts, beliefs, and intentions (not to mention our actions)! If exhaustive causal divine determinism of all things is true, then God is ultimately responsible for all things — including our evil and sinful thoughts and actions. This is good reason to take any thoughts of determinism captive (if you have the freedom to do so) and reject these incoherent and unbiblical ideas.

In my next article I will evaluate the notion that although free will is not compatible with divine determinism, human responsibility is.