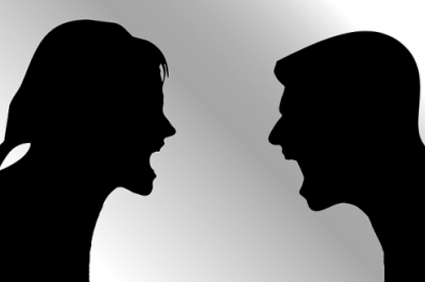 “Everyone should be slow to speak, quick to listen….” James 1:19

I admit, I hate asking Christians for advice or to share my troubles. They just don’t listen! You pour out your heart and they respond with trite statements like “Smile, Jesus loves you!” “Everything will be okay!” “Trust in God!” “Jeremiah 29:11!” While you’re talking, you see in their eyes that they aren’t even listening; they’re thinking of some Christian-ese slogan or random Scripture to share. And while they may be well-meaning, they don’t help. If anything, you leave feeling more frustrated that you had your problem disregarded or minimized. And sometimes you don’t really need advice. You just want someone to care.

But what does this have to do with apologetics? Everything.

For instance: A kid from youth group expresses his doubts about God’s existence to his pastor and the pastor responds “Just have faith.” What does this do to the youth? It shows him either 1) his doubts and concerns aren’t worth responding to, 2) the pastor doesn’t have the answer, 3) or worse, there is no answer. Then what happens the next time the youth has a doubt? He keeps it to himself. And the next one. And the one after that. Eventually, doubt will build until he abandons his faith completely.

That’s why the first job of an apologist is to listen. To individuals and to the culture. What are the questions people are asking? What are the big issues facing society? Apologetics isn’t just an academic discipline. It’s about helping people. We “demolish arguments and every pretension that sets itself up against the knowledge of God” (2 Corinthians 10:5) out of love because we want to remove any mental obstacle standing between an individual and Christ. Because we respect people’s doubts and concerns. And because we have them too.

Here are three things that listening allows you to accomplish:

1) Listening shows that you care about people’s questions and concerns. But not only that, it shows that you care about them. Sometimes people don’t want advice; they just want someone to pay attention to them. Remember the cliché: People don’t care how much you know until they know how much you care. This is especially true in apologetics. We get so wrapped up in DEMOLISHING ARGUMENTS!!! that we end up destroying relationships instead. But what’s the point in having all the answers if no one is willing to hear what you’re saying? If you want people to listen to you, you need to listen to them first.

2) Listening enables you to answer the questions people are actually asking. You can lecture people all day on the evidence for God’s existence and never reach the true reason they won’t accept Christianity. If someone is troubled by all the pain and suffering in the world and you’re pontificating on the fine-tuning of the universe, you’re talking past them, not to them. Apologetics is personal. It answers someone’s specific questions. An apologist who doesn’t listen to people is irrelevant and useless. A good apologist need not have all the answers, just the one a seeker is actually looking for.

3) Listening teaches you what people really believe. I can’t stand when someone presumes to tell me what I believe, so we shouldn’t do it to others. “Oh, you’re a _____? Then you must believe _____.” Never assume. You may think you’re DESTROYING!!! someone’s worldview when you’re really straw-manning them. Want to know what someone actually believes? Ask them. Then you can have a meaningful conversation. You may even learn something in the process.

We apologists are great at gathering information. But we also need wisdom. Remember Paul’s words in 1 Corinthians 8:1: “knowledge puffs up while love builds up.” What use is tons of apologetic knowledge if you’re not actually helping someone overcome objections to the gospel? We only tear down arguments so that we can build up faith. Apologetics is a labor of love, one that begins with an open ear and a closed mouth.

So what’s the first step in becoming an effective apologist? Just listen.

Rocks in Socks: The Art of Asking Clever Questions June 21, 2021