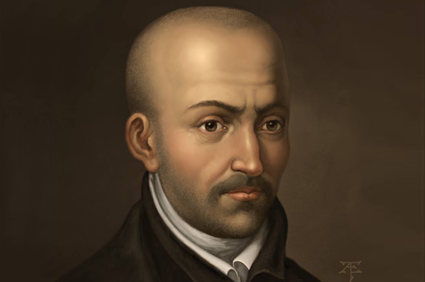 James White responded to my article Molinism and Creaturely Essences: A Response to James White (Part 1) over Twitter. Here is the link where you can read White’s response to my essay: https://twitter.com/freethinkmin/status/960528913524019201. Just in case White’s Twitter comment is compromised, I shall reproduce White’s statement below. He states:

“Classic example of missing the point due to being too smart for your own britches. Regular folks fully understand that the grounding objection is not ‘trivial,’ and that the Card Dealer is the fatal assertion of any Molinism that wishes to be viewed as biblically orthodox.”

Let’s ignore White’s abrasive remark about me. What are we to make of White’s second comment? First, notice that White puts the word ‘trivial’ in quotation marks. Quotation marks are devices typically employed to quote someone on a subject. So the fact that White employs quotation marks suggests that he is quoting someone, but who? Presumably, White is quoting me since (1) I am the one to who he is responding to and (2) in the essay he is responding to I explicitly state that a certain argument given by White implies a trivial conclusion. So, I take it that when White says that “Regular folks fully understand that the grounding objection is not ‘trivial'” that this comment is meant to disclose his belief that I somehow believe that the grounding objection to Molinism is trivial.

So, with that distinction  in mind here is the exact argument addressed in the aformentioned article whose conclusion I called trivial:

“(1) If God possesses middle knowledge, then the creaturely essences of free creatures aren’t determined or defined by God’s will [premise]

(3) Therefore, the creaturely essences of libertarianly free creatures aren’t determined or defined by God’s will. [Follows from (1)-(2)]”2

So why did I call White’s argument trivial? I already answered this question in the article which White responded to. Specifically I wrote:

To further elaborate on this point, suppose that you, a Calvinist, and Bob, a Molinist are discussing whether or not Molinism is true. In discussing this point, Bob offers you the following argument which he takes to be a reductio argument against Calvinism:

1. If Calvinism is true, then God knows the truth value of counterfactuals logically posterior to His divine creative decree [premise]

The above argument surely does not qualify as an argument against Calvinism. For the conclusion does not state that Calvinism is false. Of course, Bob could attempt to argue that (3) logically entails the falsity of Calvinism in some way. But notice that this is not, in fact, what the above argument concludes. Instead, you, being presented the above argument would rightly charge Bob as presenting you with an argument leading to a trivial conclusion. Why? Because all he’s done is conclude some fact that both you and Bob have already understood is a part of your position and is denied by Bob. Indeed, all Bob has done is disclose to you the topic that is precisely already under discussion (i.e., whether or not God possesses knowledge of counterfactuals posterior to the divine creative decree). If Bob is to, therefore, make his argument against Calvinism non-trivial, then he need to supplement it with additional premises that lead to the conclusion that states that Calvinism is false. Similarly, if White wants to make his argument which I charged as platitudinous non-trivial, he needs to supplement his argument with additional premises that lead to a conclusion that states Molinism is false, there are no true CCFs, or whatever. Now fortunately for White, he does in fact formulate an argument which leads to the conclusion that God isn’t sovereign on Molinism. I addressed this argument in the essay I mentioned previously, however, White does not interact with any of my counterresponses.

So, why did White falsely believe that I thought that the grounding objection was trivial? I’m not interested in psychoanalyzing White. I do insist, however, that moving forward White makes a better effort to understand the positions of those whom he disagrees with. His insulting me was also unnecessary.

1A truthmaker is some existent in virtue of which some proposition is non-causally made true. For example, the sum of the joint quantity of a set of numbers is made such in virtue of the individual members of the set existing within the set, but notice that such ‘making’ here is non-causal because numbers, sets, and mathematical operations are abstract objects and are therefore causally impotent. 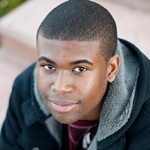