Michael Krueger expresses the basic sentiment when he says,

“If the method of argumentation communicates to the unbeliever that he should believe the Bible only because it has received the stamp of approval from science, archaeology, and historical criticism, those disciplines, not the Bible, will be his ultimate authority.”[2]

In this article, I hope to show that the traditional apologist can answer this type of argument in a two-fold fashion. Once we clearly understand what it means to say that Scripture is one’s highest authority, it will become clear that this belief is not in conflict with presenting evidence for the truth of Scripture. In short, traditional, evidence-based, apologetics is harmonious with the affirmation that Scripture is the Christian’s highest authority.

It will be helpful to begin by distinguishing between two types of authority. The Polish philosopher Józef Maria Bocheński made an important distinction between deontic authority and epistemic authority.[3] A deontic authority is roughly an authority which is able to tell you how you should act. Examples would include your boss or a police officer. These are individuals who can, to some extent, tell you what to do.

An epistemic authority is quite different. Epistemic authorities can tell you what you should believe. Examples would include a scholar, a doctor, or some other sort of expert. These are knowledgeable individuals who can be appropriately called “authorities” in their respective fields.

Thus construed, it becomes evident that the original argument is guilty of equivocation. Premise 1 refers to deontic authority while premise 2 refers to epistemic authority. As such, under a deontic understanding of Scripture as one’s highest authority, the conclusion of the argument simply doesn’t follow.

Scripture as an Epistemic Authority

Now none of that is meant to disparage the importance and value of epistemic authorities. Clearly we cannot become acquainted with all the relevant evidence for every possible belief. Epistemic authorities, therefore, provide us with a convenient way of gaining knowledge about something without examining it in detail. The cost of that convenience, however, is that one incurs a greater risk that their acquired belief is not true.

“Authorities play a valuable epistemic role because they are avenues for justified beliefs and knowledge that are inaccessible to us without them, or they make the procurement of such epistemic good more convenient. … Importantly, however, for me to embrace [an] authority justifiably, I must have good reasons to trust the source as an authority in the domains where I regard it as an authority.”[5]

So it is not possible, in principle, to have a highest epistemic authority if this is meant to be understood as an authority being one’s primary source of knowledge. A subject must always choose to believe what an authority says. And to make an informed decision about which authorities to believe, one needs access to independent evidence.

But since evidence is required to adjudicate between competing authority claims, it retains an epistemic priority over any authority. Notice, however, that this entails that evidence is not itself an authority. Thus, under this conception of evidence and authority, the second premise of the original argument is false. It confuses justification with authority. While authorities can play a justificatory role, not all justification comes in the form of authorities. If it did, we would be without justification for trusting any purported authority as such.

But I don’t see why this should be a concern for the traditional apologist. Having faith in an authority on the basis of evidence does not compromise that authority’s status nor does it somehow make evidence a “higher authority” in any meaningful sense. It is simply to acknowledge that one needs justification for believing that an authority is authoritative. Perhaps some will find this objectionable. But what is the alternative? To believe on the basis of nothing? This is epistemic irresponsibility. Moreover it seems impossible. For surely before one can believe the teachings of Scripture, one must become acquainted with them through either hearing or reading Scripture. This shows that Scripture cannot be one’s primary source of knowledge.

I conclude, therefore, that once we have clarified what is meant by “the authority of Scripture,” arguments such as that offered in the introduction either equivocate, are insensitive to the nature of epistemic authorities, or else mistake all justification for being a type of authority. In each case, the argument fails to establish its conclusion. Hence, the traditional apologist may confidently present evidence for the truth of Scripture without thereby sacrificing the authority of Scripture. 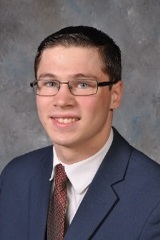