One of the most prominent objections against Molinism (and Divine Foreknowledge, generally) is the proposition that if God knows, and/or actualises a world, where He has decreed the path of human history, how is man truly free [in the libertarian sense]? This argument is made by theists and non-theist alike. Whilst this question, I’m sure, has perplexed likeminded philosophical/theological inclined persons at some point in time, it is by no means unanswerable. This article examines two arguments against Molinism (and Divine Foreknowledge) expressed in symbolic logic – (i) ¬◊(S & ¬S) and (ii) □(S→¬¬S).

The below ‘key’ will help those unfamiliar with symbolic logic to have a grasp of the argument under examination.

◊ – Possibly [Indicating that something is possibly, not necessarily, the case]
□ – Necessarily [The impossibility of an event not occurring]
→ – Conditional (If/then) [The consequence follows if the hypothesis is true]
¬ – Negation (Not) [The negation of a proposition or formula, rendering its opposite true]

God knows that if He places Sally in C she COULD freely eat a slice of pizza.

God knows that if He places Sally in C she WOULD freely eat a slice of pizza.

God knows that Sally WILL freely eat a slice of pizza in C.

Is Sally Free in the Libertarian Sense?[i]

If Sally exists in a moment where S is true prior her act of will, then if she were to choose ~S, then you would have a world where S was true and then became false, which is absurd.

It is not possible that S is true and then S is not true.

For this reason, Molinism is not hindered by the argument ¬◊(S & ¬S).

One cannot change the past nor the facts. So whatever the prophet wrote must come to pass. That is, the prophet prophesied that Sally will eat pizza in C at time (t). What’s true cannot be falsified.

Necessarily, if S is true then it is not possible that S is falsified. Therefore, it is necessary that S is true at all times.

Molinism does not argue that a prophet’s prophecy can be falsified. This is similar to God’s knowledge of future contingents, He cannot be wrong.

In the words of Kirk R. MacGregor:

To illustrate, suppose there was a multi-car pileup on I–55 just outside Chicago. In his middle knowledge, God knows that if he were to permit this evil event (because he knows he could work through it to bring about a greater good), then when the pileup would be reported on the news a few minutes later, a mother would freely pray that her son was not in the pileup. Consequently, in his creative decree God decides to actualize a feasible world where God permits the pileup but protects the son from the accident. But had God instead middle-known that if he were to permit the pileup, then when the pileup would be reported on the news the mother would not freely pray for her son, God in his creative decree may well decide to actualize a different feasible world with exactly the same history as the aforementioned world up to the moment of the pileup but where the son is involved in the accident. Hence even though I cannot change the past, through prayer I can affect the past. I can pray in such a way that had I not prayed, the past would have been different than it in fact is. Even though this is not backward causation (making the past no longer the past), it is what I have called in another place a “functional equivalent to backward causation.[iii] For it accomplishes, in a non-contradictory way, the aim of causally impacting the past without altering the past. The past cannot be altered, but the reason the past is the way it is consists in my divinely middle-known prayer in the present or future. Consequently, on Molinism, the past is not counterfactually closed, an observation Molina implied in reflecting on the scriptural truth that God knows the end from the beginning (Isa. 46:10).[iv] Through prayer, then, we do have some degree of counterfactual power over the past.[v]

[i] (i) Free from internal and external determining factors [internal or external factors may influence ones decision such as desires/motives [contra Jonathan Edwards]  and circumstances]; and

[v] Thomas P Flint, Divine Providence: The Molinist Account (Cornell University, 1998)  243 calls this type of power “weak counterfactual power” and states that an agent has weak counterfactual power over a particular truth if and only if for some event the agent can directly cause that event, in the absence of which the truth would not be true. 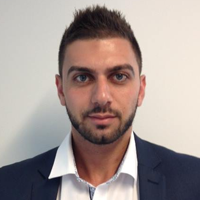 Johnny Sakr was admitted as lawyer at the Supreme Court of New South Wales, Australia in 2014. He has completed his Bachelor of Laws (LL.B.), Graduate Diploma in Legal Practice (GDLP), Master of Laws (LL.M), Master of Philosophy (M.Phil.) (Law) and is currently undertaking a Doctor of Philosophy (Ph.D. (Law) at the University of Southern Queensland, Australia. Johnny is a former Roman Catholic, now Baptist – who adheres to the philosophy of Molinism.

10 Reasons Why The Mandalorian Is My Favorite Star Wars Character