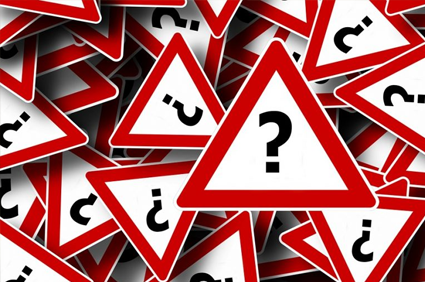 It has been said that there is no such thing as a stupid question. Consider the following: How much does the color purple weigh? Can God create something that is not contingent upon Him? Is the fourth corner of the triangle an obtuse, acute, or right angle? Where do the vast majority of married bachelors live?

These are examples of incoherent questions . . . stupid questions do exist! If one asks questions like these, those who are empowered by reason know that the questioner simply lacks reason.

With that in mind, if one assumes determinism, then it makes no sense to ask the following questions:

Are you willing to change your mind?

What would it take for you to change your mind?

If one assumes determinism is true, then they must also assume that these questions are just as incoherent as those found in the opening paragraph. Determinists cannot ask or answer these questions because they do not believe human agents have free will or the ability to change our own minds. This is because they affirm that things external to humans (nature or God) causally determines all things — including our thoughts and beliefs.

So, the only related question a determinist can consistently answer is this:

“What would it take for your mind to be changed?”

The naturalistic determinist would have to appeal to physics/chemistry, the initial conditions of the big bang, or perhaps to random events in quantum mechanics. None of these things are up to the determinist, so if their mind is to be changed about anything — including the topic of determinism — then things external to the determinist would have to force and determine them to reject determinism or to change their minds about anything else. If determinism is true, one simply does not possess the ability to freely think, and thus, they are simply held captive and along for the ride dictated by the forces of nature.

The theological determinist fares no better. If one assumes exhaustive divine determinism, then if this determinist’s mind is to be changed on any topic — including that of divine determinism — then it is God who must change this person’s mind on the issue. It is simply not up to them. Just like the naturalistic determinist, they would simply be along for the ride.

Those who presuppose determinism of any flavor have big problems on their hands. Consider the words of William Lane Craig:

“There is a sort of dizzying, self-defeating character to determinism. For if one comes to believe that determinism is true, one has to believe that the reason he has come to believe it is simply that he was determined to do so. One has not in fact been able to weigh the arguments pro and con and freely make up one’s mind on that basis. The difference between the person who weighs the arguments for determinism and rejects them and the person who weighs them and accepts them is wholly that one was determined by causal factors outside himself to believe and the other not to believe. When you come to realize that your decision to believe in determinism was itself determined and that even your present realization of that fact right now is likewise determined, a sort of vertigo sets in, for everything that you think, even this very thought itself, is outside your control. Determinism could be true; but it is very hard to see how it could ever be rationally affirmed, since its affirmation undermines the rationality of its affirmation.”

If determinism is true, then the determinist who holds to determinism did not come to that conclusion based on their intelligence, and by choosing to examine the evidence to infer the best explanation. They were simply determined by physics and chemistry (or God) to be determinists. It has nothing to do with knowledge, logic, or rationality. If determinism is true, then there is no free will either in assessing whether one thought is better than another or not. All that remains is question-begging assumptions and presuppositions. Those are not reasons to think anything; in fact, they are not reasons at all.

If one holds to these question-begging assumptions and presuppositions, they must also assume that it is incoherent to ask them if they are willing to change their minds. With that said, they can coherently consider the much different question, “What would it take for your mind to be changed.”

However, if and how they respond to this question is not even up to them! This is good reason to freely choose to reject determinism!

Tagged with: Determinism • Free Will • Incoherent Questions • libertarian free will