Knowing that to many, my defense of William Lane Craig will inevitably have my Calvinist card revoked, however, I cannot go by without saying anything about this issue any longer. Time after time, I see mind-numbing simplistic dismissals of Craig’s work for very silly reasons. This would encompass the first type of detractors that I see. The second, those who seek to find heresy under every bed of Christian apologetics and make video clips taking people out of context. The third are the well-meaning people who still dismiss Craig for reasons I do not find sufficient. I will be addressing these three categories of objections in this post.

Dr. Craig, in the context of a question that was asked of him, responds that the idea that the Earth is 6,000 years old is an embarrassing idea. Those who want to assume the Bible details the exact age of the Earth through their counting of incomplete genealogies will say Craig is simply rejecting scripture to make his message more palatable to man. This type of fake piety is annoying and not conducive to discussion. When I say fake, I’m not saying this person doesn’t actually think or feel this way, but the misusing this to be dogmatic about every pet doctrine is not actual biblical piety.

Dr. Craig is an Old-Earth Creationist with some sympathies towards Evolution, however, when he called Young-Earth Creationism embarrassing, he didn’t question the salvation or honest belief of the adherents. He simply implied that most scientists, despite a few fringe ones, will laugh at your claim that the Earth is only 6,000 years old.

And they will. Here’s the thing though. Couldn’t you just take the verse out of context that the natural man can’t understand the things of God and leave it there?  Like when a Theologian gets stuck on maintaining consistency and she says it’s a “mystery” in order to save face.

This claim usually comes from the presuppositional apologetic crowd, hater of middle grounds and concessions. The general critique of Craig’s apologetic is Craig’s insistence on removing as many hurdles as he can for the unbeliever so that leap of faith to Christ is not a large one. So when Craig gets in a debate and doesn’t explicitly defend the entirety of Christian theism he is screamed at by internet apologists.

Narrowing the scope of the debate makes it more clear not only to the debaters but also the audience. We need to pop our bubbles inside our apologetic chambers and interact with other worldviews without hitting them in the head with our own.

If Christianity truly is the best possible worldview, it will inevitably win in the marketplace of ideas, while I think Presuppositional apologetics has some good arguments, I also think it makes some Christians lazy. What I mean is something Sye Ten Bruggencate said and what some Christians have told me. One of the main things that attract them is the simplicity of it, it is the easy staples button of Christian apologetics. Click the button, a voice comes out saying “By what standard?” and you’re done. That was easy!

I’m not saying that every presup proponent narrows their apologetic to gotcha lines and goalpost moving, but it is a side effect of it for sure.

William Lane Craig Is A Molinist

Molinist has become the new “Calvinist” in the sense that any mention of Molinism is accompanied by shrieking men on the internet sharing inaccurate theological memes.

I didn’t understand Molinism until I made friends with one and discussed it with him on several occasions. I think this is a luxury that many did not have, but I fear even worse, that some do not care to actually understand what Molinism is, but rather stay in the dark and say a few one-liners recycled from polemics against Arminians.

Whether you just use the genetic fallacy “Molina was a counter-reformer! A Jesuit!” or you use the “God is sovereign” one-liner that is bound to close off any possible discussion, Molinism has become a topic that has to be at least as misunderstood as Calvinism if not more.

This one tends to be the most infuriating due to the nature of this accusation. To make a grave christological error would be to possibly invalidate your claim to the orthodox Christian faith. So what did Craig say that got the christian blogosphere’s panties in a twist?

If you googled, watched a video or read one or two articles on the subject, do not say that you’re informed about Craig’s christology. I’m not saying you have to read and watch everything he’s ever done, but christology is not something you can pick up on so quickly and if you’re going to call someone a heretic, you often need to be thorough, unless they’re outright heretical, like saying Jesus isn’t God.

Dr. Craig has been accused of espousing what is called “Neo-Apollinarianism”, which, if you saw this accusation and then googled the meaning, you might come to a conclusion that is not reality.

In order to show you what Dr. Craig actually believes regarding Christ, I will quote him in his own words.  In Philosophical Foundations for a Christian Worldview, Dr. Craig states

“The New Testament affirms both the humanity and deity of Jesus Christ” (pg. 597)

[The Chalcedonian formula] does not seek to explain the Incarnation but sets up as it were, channel markers for legitimate christological speculation. Any theology of Christ’s person must be one in which the distinctness of both natures is preserved and both meet in one person, one Son, in Christ.” (pg. 601)

Another hole in the theory of internet heresy hunters is that Craig critiques Apollinarianism and doesn’t seem very sympathetic to the view at all. He writes:

Two deficiencies of Apollinarian Christology seemed especially serious. First, a body without a mind is a truncation of human nature… Second, if Christ lacked a human mind, then he did not redeem the human mind.” (Page 599) He continues his critique later by saying  “Unfortunately, Apollinarianism was radically defective as it stood. For a complete human nature involves more than a hominid body, so that on Apollinarianism’s view of the Incarnation was really a matter of the Logos’s assuming, not humanity, but mere animality…. [His] opponents rightly charged that such a view undercuts Christ’s work as well as his person, since Christ did not have a truly human nature, but only an animal nature, and so, could not have redeemed humanity.”

So any accusation that Dr. Craig is favorable towards this view is false. Now, you could say his proposed view is similar or perhaps falls into the same problems as Apollinarianism, but that is a different claim and requires nuance that many of Craig’s detractors simply haven’t shown him.

Dr. Craig’s proposal wasn’t an irrational one, like saying the Trinity is contingent. Rather, Craig is trying to avoid both Apollinarism and Nestorianism, as he correctly acknowledges them both as serious errors. (Like when he says “The church seems in danger of dividing the person of Christ,” (pg. 602)

Dr. Craig commits the cardinal sin in the heresy hunting community, he tries to apply nuance to someone well-known for heresy and not much else. He suggests that it is possible that though Apollinarius was very much wrong, that maybe he was on the right track. That perhaps he didn’t actually claim the flesh of Jesus was pre-existent, but was referring to an archetypal man. These suggestions are not arguments, they’re philosophical speculation on theological disputes in history. However, Dr. Craig’s detractors seem to act as if this was his solid position that he was arguing for.

So what is Dr. Craig’s actual view on this matter? Well, look no further than his actual words on the subject.

“We suggest what William James called the “subliminal self,” is the primary locus of the superhuman elements in the consciousness of the incarnate Logos. Thus Jesus possessed a normal human consciousness, but it was underlain, as it were, by a divine consciousness. This understanding of Christ’s personal experience draws on the insight of depth psychology that there is vastly more to a person than waking conscious. The project of psychoanalysis is based on the conviction that some of our behaviors have deep springs of action of which are only dimly aware, if at all. … Similarly, the incarnation, at least during his state of humiliation, the Logos allowed only those facets of his person to be part of his waking consciousness which were compatible with the typical human experience, while the bulk his knowledge and other cognitive perfections, like an iceberg beneath the water’s surface, lay submerged in his subconscious. On the model we propose, Christ is thus one person, but in that person, conscious and subconscious elements are differentiated in a theologically significant way,” (pg. 610-11).

I will grant the objector that Craig’s view does have some similarities to Apollinarius’ ideas, this however does not make him incorrect. In the same way the Trinity being similar to Tritheism doesn’t make the Trinity incorrect.

There is nothing heretical about what Craig says here, the heresy has to be squeezed until assumptions come out about where Craig takes this idea.

William Lane Craig is a Misogynist

These claims against Craig are typically not from the same crowd as the other objections but I found it useful to talk about this attack on his character here. Now, if you read about Craig on nearly any free internet blog written by a random atheist, you will find that Craig is indeed no scholar, but a dumb-dumb who commits basic fallacies, it’s a wonder he even get’s published in peer-reviewed journals! Anyway, the reason why those types of objections don’t deserve refutation besides mockery is because they’re angsty emotional try-hard-to-be-edgy-on-the-internet objections and not serious ones.

However, because of our current political climate, labeling someone as a misogynist can be a very serious issue. Why is Craig a misogynist you ask? Well, because he complained about the feminization of Christianity in a newsletter once. I’m not kidding. Thankfully, Craig himself has answered this question on his website, so I don’t need to go into much detail but I wanted to add something that he didn’t cover.

Irrelevant mud-slinging at someone’s character does not disprove their argument. Picture for a moment, a possible world in which Dr. Craig was a misogynist beyond a shadow of a doubt. How would that effect his Kalam Cosmological argument or 90 percent of his contributions to philosophy? There are many men of old who are now deemed too unfit socially for today’s climate, great minds like Freud, Jung and Nietzsche are bombarded by 21st century revolutionary cosplayers who seek to discredit anyone who doesn’t fit this hammer and sickle box. Craig is just another name on the long list of thinkers who will be discredited in some minds, not just because of his defense of Christian theism, but because of alleged misogyny or whatever social virtue is at the forefront of politics at the time.

Dr. William Lane Craig is a gentleman, true scholar and excellent philosopher and I’m happy that God has used such a man to contribute to the defense of the Faith and leading people to Christ.

This article was originally posted at Sinners In the Hand of an Angry Blog. FreeThinking Ministries received permission from the author to share it.

Tony is a member of Saving Grace Baptist Church and is a student studying Psychology at Columbus State. Tony became a Christian at the age of 18, after struggling with video game addiction and homosexuality. He spends most of his free time reading books. 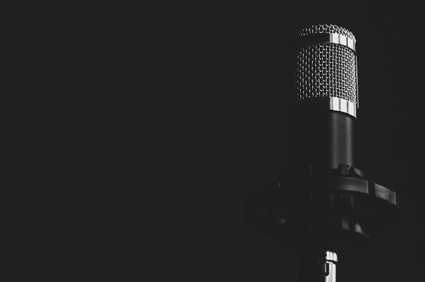 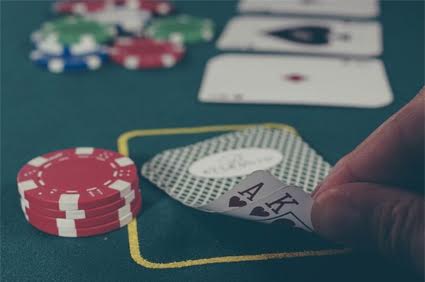 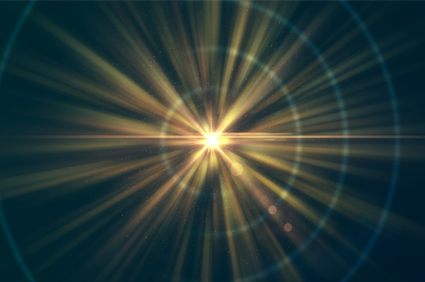