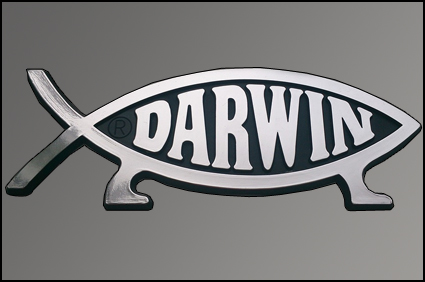 Atheists often appeal to evolution in an attempt to explain the primate complexity we observe today without a need for an Intelligent Designer — God! Indeed, many say the reason they affirm atheism is because they believe evolution is true. Since their hypothesis does not include God as a designer, atheists feel justified in affirming that God does not exist and that Christianity is false. With that said, however, if evolution is true, it does nothing to prove that God does not exist or do anything to disprove the historical resurrection of Jesus (the two essential ingredients of “mere Christianity”). Moreover, what atheists fail to comprehend is that by appealing to evolution in an attempt to “prove” atheism, they ultimately prove too much!

Evolution simply means change over time. Most evolutionists and young earth creationists will agree that some things do genuinely change over time (even if they disagree on how much some things change over time). What is important to note is that Darwinian evolution requires a genuine change over dynamic time — at least if one is hoping to explain primate complexity. With that in mind, I contend that if evolution is true, then atheism is false!

Consider this: I believe that some things do genuinely evolve and change over time. In fact, we currently exist in a world in which things are constantly changing right in front of our eyes! That is to say, we exist in an evolving state of affairs (change happens)!

If there never was a first change, then the present moment — “right now” — would not exist. To help illustrate why the concept of past infinity is incoherent, consider two thought experiments.

First, is it possible for someone, say a superhero with infinite jumping powers, to jump out of an infinitely tall bottomless-pit? Of course not. There is no launching pad or foundation from which to jump. When it comes to things changing over time (evolution), if the hole at ground level represents the present moment and the idea of past infinity means there is no foundation to jump from (a first change over time), then the present moment of change could never be reached. The jumper could never get out of the hole because there is no starting point for him to progress upward. Because the present moment does exist and things do change over time (evolution) it logically follows that a foundation exists for the first change to occur leading to the evolution (change over time) we notice today.

Second, suppose a man walks up the steps to your front porch and rings the doorbell. You answer the door and ask if you can help him. He states, “I have just walked an infinite number of steps and finally completed them right here on your front porch.” Of course you do not believe him, yet he insists that he has accomplished this feat. You ask for proof and he invites you to join him on a journey to retrace his infinite number of steps. He tells you that once the two of you reach this infinite point, you will then follow those same footsteps all the way back to your front door. You adamantly reject his offer because you realize that if you were to retrace an infinite amount of steps you will never get back home! In fact, you will never turn around to begin your journey home!

Consider the steps involved . . . you would take one step, then a second step, then a third step. Eventually you would take a millionth step, and eventually a billionth step, and then a trillionth step. What ever step you were currently taking you could always take one more and count it — never reaching actual infinity. Whenever you decide to turn around to come back home you will be on a countable step. So, if you do ever make it back home, your steps would not be infinite.

Just as it would be logically impossible for you to retrace all the steps this pedestrian claims to have made, it is just as impossible for this pedestrian to traverse an actual infinite amount of steps ending on your front porch. A rational person will know that one who makes such a claim is either delusional or deceptive. The “stepper” must have taken a first step.

Change over time (evolution) has the same problem. If a first change occurred, then it logically follows that a first change resulted from an unchanging, eternal, and beginningless state of affairs. Think of this as a frozen/static state where nothing happens and nothing has ever happened logically prior to the first change (I know this is hard to imagine). This might not seem like a “big deal” but the implications are enormous! This is the case because if things are not changing in a frozen/static state, then nothing would ever happen. This is because if things are not evolving, emerging, decaying, growing, or becoming unstable (which are words implying change over time), then these things would never be able to cause the first change. Change over time cannot account for things starting to change over time. That is to say, if nothing is happening, then nothing can describe or account for the first change that resulted from a static, frozen, and unchanging state! UNLESS…

… a volitional agent existed in this static state who had the power to act.

An Argument from Change Over Time

We can summarize this entire argument in a step-by-step syllogism:

2- A changing state of affairs cannot be past infinite.

3- Therefore, a first change resulted from an unchanging state of affairs.

4- Only a volitional agent can cause a change from an unchanging state of affairs.

6- Therefore, this personal agent existed in an unchanging state of affairs.

7- Anything existing in an unchanging state of affairs never began to exist and is eternal with no beginning.

This final deductive conclusion should be eye-opening! Why should this get one’s attention? Because this personal agent who caused things to start evolving and changing over time is God! The Bible does not just note the possibility of having a personal relationship with the Unmoved Mover — God — it explains exactly how you and I can know God personally through Jesus Christ!

Bottom line: If you believe that things actually do evolve and change over time, then you should reject atheism! 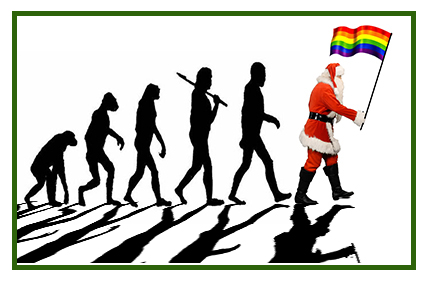 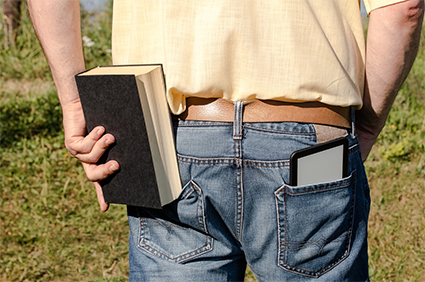