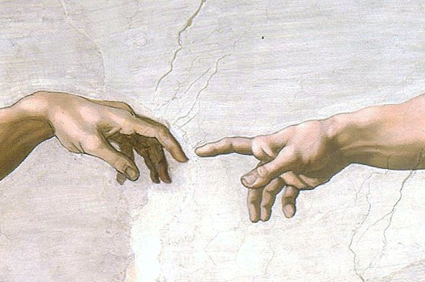 One of the primary objections raised against Molinism is based on a misunderstanding of what it entails. The typical objection is that Molinism somehow entails that God is “dependent upon” or “limited” by the libertarian freedom of man.[1] This is simply not a view that a Molinist must affirm, and thus a bad (irrational) reason to object to Molinism.

This is the case because Molinists affirm that man’s existence — if man has libertarian freedom or not — is completely dependent and contingent upon God. Moreover, God did not have to create humanity at all. God is omnipotent, He had the power and ability to choose otherwise and not create us, but obviously our all-powerful God freely chose to create humanity and to create us in His image.

What Can God Do?

Why Would God Want To?

The question is raised: Well why would God want to do a crazy thing like that? Well, perhaps it is God’s greatest desire to limit Himself by creating limited libertarian humans. I have argued elsewhere that God would desire such limitations because it allows for true love, rationality, and real responsibility (these are essentials for maximal personal relationships).

This omnipotent God can also choose to create human beings who possess the ability to freely choose from a limited range of options, each of which is consistent with human nature in God’s image. Since God is omniscient, He can create this world knowing that libertarian choices — made by free humanity — will line up with His perfect plan and bring Him ultimate glory. That is to say, just as God does not have to be limited by space, but can be limited by space if He so chooses, God can also be “limited” by the choices He knew man would freely make if He were to use his maximal power to create mankind with limited libertarian freedom.

What Does God Know?

The maximal greatness and omni-attributes of God entail this reality. Consider the following argument:

1- If God is omnipotent, He possesses the ability to create a world including humans who possess limited libertarian freedom – even if He never does.
2 – If God is omniscient, He possesses perfect knowledge of how humans who possess libertarian freedom would choose if He were to create them, and even if He never creates them (this is referred to as middle knowledge).
3 – God is omnipotent and omniscient.
4- Therefore, God possesses middle knowledge.

Here is the primary point: if it is even possible for God to create humanity in His image with libertarian freedom (even if He never does), then an omniscient God knows how these potential creatures would freely choose if He were to create them. If this is the case, then some “flavor” of Molinism is true. This is what I refer to as “Mere Molinism.”[2]

Thus, if God chooses to be “limited” by libertarian creatures, He does it for perfectly good reasons and perfectly knows exactly what He is “getting Himself into.” Can this really be referred to as a “limitation” (at least in a negative sense)? Ultimately, God is not limited by or contingent upon anything — or anyone — He may or may not choose to create. As some have said, “It is up to God and His good pleasure.”

Bottom line: if one objects to Molinism because they believe it makes God dependent upon His creatures, then they need to either get a new objection or join “Team Molina.”

[1] James White has raised this issue repeatedly (See Playing the Cards God’s Been Dealt) and Tom Barnes recently authored a book entitled, Divine Sovereignty And Human Choice: Seven Theological Truths That Favor Calvinism Over Molinism, that focuses on this issue.

“Through His natural knowledge, God comprehends Himself and in Himself, He comprehends all the things that exist eminently in Him and thus the free choice of any creature whom He is able to make though His omnipotence” (Molina, Concordia Disputation, 49)