“You see, but you do not observe.” – Sherlock Holmes, A Scandal in Bohemia

It’s a good time to be a Sherlock Holmes fan. There have been many versions in the recent years, like the Disney movies starring Iron Man himself, Robert Downey, Jr., and the BBC show Sherlock, featuring the awesomely-named dreamboat, Benedict Cumberbatch. The common thread between every iteration of Sherlock is his incredible deductive skills. He can find clues and make connections that no one else can, solving cases that have left everyone else baffled.

And I think Sherlock Holmes can teach us a lot about hermeneutics.

But first, what is hermeneutics? That’s the fancy word for biblical interpretation. It sounds intimidating, but everyone who reads the Bible, from a trained theologian to a lowly, everyday churchgoer, does hermeneutics every time he or she opens the Bible. We don’t just read Scripture; we interpret it. But we must interpret it properly. That takes work, but it doesn’t require a seminary degree to begin. It only takes some detective skills. Let’s learn how to interpret the Bible like Sherlock Holmes.

When Sherlock arrives on the scene of a crime, he immediately scours his surroundings for anything important. If there is a dead body lying on the floor, he doesn’t just examine the corpse. He analyzes every last bit of the environment, as he never knows what will be critical to the investigation, or what seemingly insignificant detail will connect to something else. This applies to Bible interpretation as well.

Greg Koukl has a great piece of advice for proper Bible interpretation: “Never read a Bible verse.” To understand one verse, you must read the surrounding verses, the entire passage, as the clues to properly interpreting it may lie elsewhere. The broader context, such as the genre of the book or the overall theme of the section, will color every verse within. So a good Bible interpreter never reads just one Bible verse. 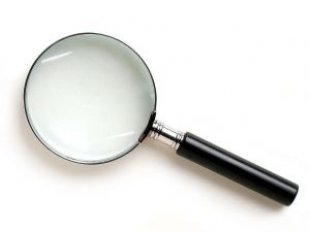 But what exactly are the clues you are looking for? Begin with the question words you learned back in elementary school (pun absolutely intended): who, what, where, when, why, and how. By using these basic words, we can gather many clues to shed light on a biblical passage.

Let’s practice on some popular verses:

“For I know the plans I have for you,” declares the Lord, “plans to prosper you and not to harm you, plans to give you hope and a future” (Jeremiah 29:11).

The big question is, “Who does you refer to?” Is it you, the 21st century reader, or does you mean someone else in this context? Don’t let emotional attachment to your favorite life-verse stop you from discovering the true meaning of a text.

“I can do all things through Christ who strengthens me” (Philippians 4:13, NKJV).

The key question here is, “What are all the things Paul says I can do through Christ?” Is it literally anything, like dodging bullets or leaping tall buildings in a single bound? Or is there a certain shading of the verse according to the immediate context?

Remember, Sherlock Holmes would never let feelings impede solving a mystery. Pop-Christian or personal interpretations must take a back seat to discovering the true message of the Bible.

As intelligent as Sherlock Holmes is, even he knows when to seek help. While much of the information needed to interpret a biblical passage will be right there in the text, you may need other resources, such as a commentary or Bible dictionary, to gain a greater understanding. Ask your pastor or other mature Christians for guidance. Don’t be too proud to seek the counsel of others. The Bible has been explored and examined for two thousand years! Lean on the guidance and wisdom of others.

Proper Bible interpretation may seem like a lot of work at first, but it must become a habit. Choose a passage and analyze it over and over again. Investigate the surrounding verses for connections and insights. Condition yourself to do this every time you read your Bible and eventually it will become second nature. Just like Sherlock Holmes on a crime scene, you will automatically search for clues as you read your Bible without realizing it. You’ll be amazed at what new things jump out at you and how the Bible comes to life like never before.

So if you want to understand the Bible better, don’t just read it. Observe. 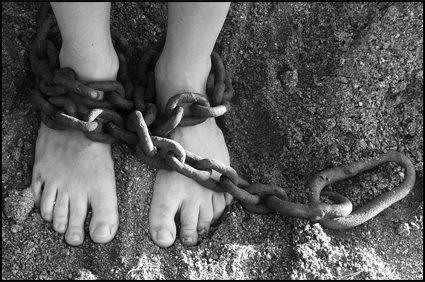