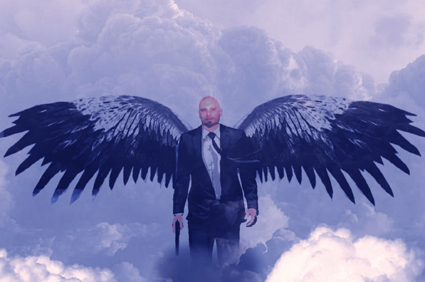 This is Latin for, “If you want peace, prepare for war!” It is often used to convey the idea that one of the most effective means to ensure that one lives in peace is to always to be armed and ready to defend oneself. This statement might seem counter-intuitive at first sight, but the truth found in this proposition is that the conditions of peace are often preserved by a mere readiness to engage in war if necessary.

Although Si Vis Pacem, Para Bellum is not a direct quote from the Bible, the concept is certainly taught in Scripture. Even Jesus himself taught his disciples to “prepare” for physical violence when He commanded them to own swords (See, Love Thy Neighbor & Pack Thy Heat, and “The Christian Case for Carrying Firearms”). Additionally, consider the following passages from both the Old and New Testaments:

Praise the Lord! He is my Rock. He prepares me for war. He trains me for battle.

Therefore put on the full armor of God, so that when the day of evil comes, you may be able to stand your ground…

Evil comes in many forms. In the former passage, David seems to be describing war/battle with evil humans. In the latter, Paul is specifically discussing a preparation for war with Satan. The salient point not to be missed is that evil exists, Satan can attack you directly or indirectly via another human, and Satan hates you along with the Bride of Christ (the Church). We must not only be prepared to stand against evil, but we must also be aware of the tactics employed by those who wish to inflict harm upon God’s children.

I have done this so that we may not be taken advantage of by Satan. For we are not ignorant of his schemes.

Since evil comes in many forms, we must prepare to stand against all forms of evil. We must prepare to take thoughts captive (2 Corinthians 10:5) before they take us (Colossians 2:8), and we must prepare to stand our ground against the spiritual forces of evil that might attack the Church via evil humans who have failed to take their thoughts captive. Training Christians to prepare for spiritual battle is one of the most important jobs of a pastor. Although, as we have seen on multiple occasions, Satan often influences humans — who have not taken their thoughts captive — to attack the Church with physical force. It is not only important for apologists to “defend the faith.” The Church must also seek to defend those of the faith. Since seminaries are not known to equip pastors with the tools to defend their sheep from physical violence, someone else must rise to this challenge.

Scott Javins is a former Law Enforcement Officer with over seventeen years of Law Enforcement, SWAT, and Military Experience, including seven years as a Task Force Officer for the FBI and five years as a Task Force Officer for the DEA. He has served as a Tactical Firearms Instructor at the National Training Center in Sioux City, Iowa, since 2004. During this time, Javins has provided instruction on the Precision Rifle and Low Light Precision Rifle programs, Two Man Team Tactics, as well as SWAT and Advanced SWAT courses. Over the years, he has served as an instructor during various other specialized firearms training and defensive tactics courses. This experience has provided a foundation that Javins would like to share with the local church with his Precision Training and Tactics courses, and specifically with his Guardian Angels training program.

Guardian Angels is a seminar-based course designed to provide Church Security Teams insight into determining the direction they want their programs to follow while covering pre-planning, mental/situational awareness, utilization of tactics, conflict resolution, legal, and lethal/less lethal considerations. This course is also designed to be utilized alone or in conjunction with Tactical Defensive Handgun Level 1 and Level 2 courses for personal and/or Church Security Team certification training.

As one who takes the concept of “Para Bellum” quite seriously, I enrolled in Javins’ Guardian Angels seminar (held in the classroom) as well as Level 1 and Level 2 training (at the range) to see if it was all it was advertised to be. Even though I have already had experience in competitive pistol shooting, not to mention decades of martial arts and self-defense training, I decided to enroll in the course along with my wife Tia. This allowed me to gage two things: (i) Can someone who already thinks he “knows it all” benefit from the Guardian Angels seminar? (ii) Will a relative newcomer to self-defense and firearms gain significant skills?

Tia and I both attended Javin’s Guardian Angels classroom seminar. We spent hours gaining knowledge regarding gun safety, situational awareness, defensive tactics, the law, and much more. Several days later the day of training with handguns at the range arrived. Class started at 8 AM sharp and Tia and I were joined by a Church Security Team who wanted more training. Although I thought the initial part of the training was a bit “easy,” I did learn to “tweak” a few things along with picking up a few new tactics. From the manner in which I would draw and present my Glock 19 (or the latest from Springfield Armory), to ever-so-minor changes of my grip, these few small changes resulted in a noticeable improvement in response time and accuracy with my weapon.

My wife saw an enormous rate of improvement! Early in the morning she was quite frustrated as she was shooting next to me and a team of guys with years of experience shooting guns. At one point she disparagingly whispered to me, “I hate guns!”

Javins, however, spent time helping her with all the “little things.” By the early afternoon my wife was shooting lights out! She learned gun safety and tactics that the vast majority of gun owners never receive (they all should)! In fact, unbeknownst to my wife, Scott Javins was actually putting Tia through a test. She was quite surprised when Javins said, “Congratulations, you just passed your CCW test!”

At the end of Level 1, Javins puts each student through an active shooter situation. We put our new skills into action, and we all learned from mistakes made during the scenario. I made several mistakes, but Javins made sure that each mistake was a teaching/learning opportunity. Take it from the guy who previously felt like he “knew it all.” I was wrong — I learned a lot — including the fact that I still have much more to learn. Tia and I just signed up for levels 3 and 4 of the Precision Tactics and Training program. Rest assured, I will keep you posted.

Scott Javins is committed to helping Church Security Teams who desire peace, prepare for war. Javins prepares the Church to engage, confront, and stop evil with an in-depth understanding of firearms and defensive tactics. In this day and age, I encourage all churches to have a security team trained by someone like Scott Javins.