As you can tell, we at FreeThinking Ministries are huge superhero fans. Aside from being fun, superhero stories offer great learning opportunities about moral and even theological issues. Case in point, Stratton’s latest article on Avengers: Endgame about the problem of evil. (If you haven’t read it yet, you should go do that before reading any further. And if you haven’t watched the movie, go do that first!) In Avengers: Infinity War and Endgame, we see a great example of middle knowledge at work, and how it can be used to solve the problem of evil. However, I can hear skeptics objecting, “Yeah, but that’s just a movie. Surely if God exists, he could have done better.” That’s what I’ll discuss here.

Oh, and obviously, possible spoilers ahead

In Infinity War, Doctor Strange viewed millions of possible futures to see if there were any in which the heroes defeated Thanos. And of the 14,000,605 he saw, they succeeded in only 1. That’s right, 1 in over 14 million. But what if Strange had more time and was able to view more possible futures? Maybe he could have found a second or third, ones that had even less death and destruction. But since Strange’s time was limited, he was only able to discover one winning scenario.

But what about God? God does not have the same constraints. In eternity past, before he created the universe, God knew how every possible world would turn out. But is this world really the best he could have done, with all of the pain and suffering that has been experienced throughout history? Couldn’t God have created a world without any suffering? Maybe, if he didn’t create any people! Or if he didn’t give humans free will. But by giving humanity free will, God also provided the opportunity for evil. Freedom itself is a great good, greater than any suffering that it allows. As Stratton notes in his article, God wants us to freely come to him and obey him. And when we disobey God, we hurt ourselves and others. So God may have simply created the world where the most number people freely come to him, even though this world contains great pain and suffering along the way.

But still, if God is all-powerful, why doesn’t he directly do more to prevent evil? Surely he’s stronger than any Avenger, more powerful than Thanos with the Infinity Stones. Why doesn’t God stop the greatest instances of suffering? Again, this impedes on our free will. God can’t give us free will and then not allow us to use it. Freedom would be a sham. Also, what if God wants us to make the most of this world he has given us with minimal interference? God wants us to learn from our (and others’) bad choices, to stand against evil, and to ease the suffering of others. God isn’t a superhero; he’s king of the universe. A king is not a soldier, he commands his soldiers to do battle. God has given authority to rulers and governments to punish evil and promote good (see Rom. 13:1-5). And most importantly, God has empowered his Church – the body of Christ, God’s hands and feet on earth – to promote good in the world and to establish the Kingdom of God. And as we all know, with great power comes great responsibility (R.I.P. Stan Lee!).

But while God does not prevent all of our physical problems, the king of the universe did step onto the front lines to save us from our spiritual problem: sin. We saw in Avengers: Endgame how some of the heroes sacrificed themselves to save the rest of the world. And God did the same for us. In eternity past, God knew that if he created humans with free will, we would rebel against him, and so he also crafted a rescue plan, all because of his great love for us. He sent his son Jesus to suffer and die in our place to save us from our sins.

When Doctor Strange used the Time Stone to view millions of possible futures, he had a goal in mind: find one where the Avengers win. Before creating the universe, God knew every possible world that could be (based on the free actions of humans) and he chose one that would fulfill his divine plan. That world would contain pain and suffering because of the wrong choices of free creatures. But evil can also direct history and our individual lives towards God’s intended goal (see Gen. 50:20, Rom. 8:28). Ultimately, God is in complete control. This gives us the comfort and hope that no matter what evil we experience in this life, good will triumph in the end. 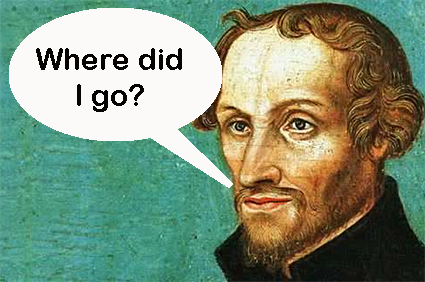