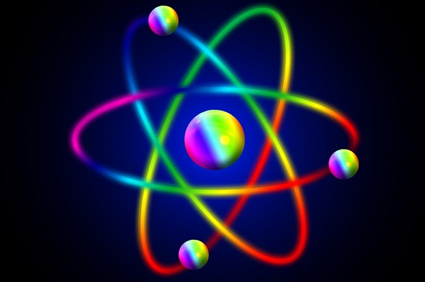 Before answering this question, clarification is needed. Specifically, defining both science and God is required.

Science is commonly understood to be the study of nature. It follows that a scientist is one who studies nature. This means scientists have specific expertise in understanding nature based on observable/empirical data via the scientific method. This is the field of a scientist.

A chemist, for example, can share insights about chemistry, but they begin departing their field when they make statements about other areas of science (such as biology or physics). A scientist is completely out of their field of expertise when they comment on literary criticism, art appreciation, politics, or anything other than nature.

Now, God, if He exists, is the creator of nature. It follows that God would be something other than nature, unless one wants to affirm incoherent statements like “nature existed before nature existed.” Thus, one who studies nature (a scientist) is simply in the wrong field if they claim their credentials give them any special authority to speak about the existence or non-existence of anything other than nature (you might as well ask a plumber what they think).

Be that as it may, there are many logic-based arguments demonstrating God’s existence. One of my favorites is called “The Kalam Cosmological Argument.” The Kalam is based on the laws of logic (which are presupposed by science), and is supported by scientific data leading to the conclusion that at least one “thing” probably exists that is other than nature; that is to say – Supernatural! Moreover, my thesis argument known as the Freethinking Argument Against Naturalism logically proves that other supernatural “things” exist that are immaterial or “other than nature”; namely, human souls. These are great reasons to conclude the philosophy of naturalism is false.

The Faith of the Naturalist

Now, many have a faith in naturalism starting with the presupposition that all that exists is nature. If this assumption happens to be correct, then it would follow that only things that could be scientifically tested and empirically verified exist. Right off the bat it is vital to recognize that this is only a question-begging assumption that could never be proven! So, why think it is any good, let alone correct? This belief is simply held via “faith alone.”

There are many reasons to think this philosophy (and it is nothing but a philosophy) of naturalism is incorrect. The assumption that all that exists is nature leads to the notion that the study of nature (science) would be the only way of knowing reality. This view is referred to as “scientism.” It can also be called “empiricism,” or “verificationism”—many so-called science terms are used interchangeably.

Basically, one who affirms scientism holds that science alone is the source of all knowledge and truth. A scientist once told me “science is the only way of knowing.” How does he KNOW that? Did a scientific experiment or empirical observation provide this supposed knowledge? Of course not!

The view of scientism is self-referentially defeating. The empiricist claims to possess knowledge that science is the only way to gain knowledge. However, this knowledge claim itself is something that could not be gained via the scientific method. It’s important to think logically. If one believes that only the things which can be scientifically verified provide truth and they believe that’s true, they have a BIG problem. Why? BECAUSE THE STATEMENT ITSELF CANNOT BE SCIENTIFICALLY VALIDATED!

The statement: “Only scientific discoveries are true,” is not a statement that is scientifically testable or discoverable (It is not discovered in a lab)! This is known as a “self-defeating” statement (a logical fallacy). I always say, “Any argument based on a logical fallacy is no argument at all.” To clarify, this is similar to the following statement:

“There are no sentences that contain more than three words.”

That sentence is comprised of ten words. Therefore that statement is false. Self-defeating statements cannot be true and ought not be believed, at least not by individuals who consider themselves “empowered by reason.”

It is vital to realize that empiricism is nothing but a philosophy of epistemology, which is not based on the laws of logic, but only on question-begging assumptions – another logical fallacy. Typically if one holds to the assumption of scientism, it is because, as I explained above, this assumption is based upon another assumption – naturalism!

Naturalism is a view based on the assumption (blind faith) that NATURE is all that exists. Now, I should make it clear that “naturalism” can also mean different things to different people. Most who affirm naturalism will contend that only nature exists. This is specifically defined as “metaphysical naturalism.” Others might be open to the supernatural, but claim that one could never know if things other than nature exist or not. Those in this camp are called “epistemological naturalists.”

I already mentioned that scientism is logically self-refuting – and therefore false – as it offers a knowledge claim that is assumed apart from scientific discovery. Sometimes the advocates of this view will exclaim, “Well ya gotta start somewhere!” I respond to this statement by saying that one should start with the laws of logic as opposed to science because science presupposes and is based on logic.

One self-proclaimed empiricist once accused me of “circular reasoning” at this point, however, the fallacy of circular reasoning (a.k.a. “begging the question”) is a logical fallacy not based on science. This skeptic was essentially appealing to logic in an attempt to defeat logic. Therefore, he inadvertently affirmed logic.

If one wants to start with science instead of logic, they need to provide scientific reasons that do not assume logic to explain why one should not start with the laws of logic. Mathematics, science, the historical method, and even theology are all based on and assume the laws of logic. Logic is bedrock!

Consider this: if NASA thought little green men on Mars existed, they would be justified in conducting missions to see if they could empirically verify the existence of these Martians. However, if NASA stated that married bachelors were living in Montana, drawing triangles with four corners, and jumping out of infinitely tall bottomless pits, one would not need to exert any effort to travel across a state line to empirically verify if this is true or not. Why? Because it is logically impossible for bachelors to be married. It is logically impossible for triangles to have four corners. And, it is logically impossible for anyone (even a Super-Martian with infinite jumping abilities) to jump out of an infinitely-tall-bottomless-pit. Science is not necessary to attain this knowledge, although logic is.

So, unless the empiricist can provide a means of reasoning that does not require presupposed logic, then logic (not science) is the correct starting point. Logic is the ground level and foundation of reaching reasonable and TRUE conclusions.

The professor of logic at Oxford University, Dr. Timothy Williamson, asks the question: “Why can’t there be things only discoverable by non-scientific means, or, not discoverable at all?” This is a valid question that naturalists must answer.

To simply respond “just because” is not a good answer!

Now, with all of that said, even though there are good reasons to believe that epistemological naturalism is false (it’s self-defeating), it does not logically imply that metaphysical naturalism must be true!

The inference to the best explanation is a Reasonable Faith.

The cumulative case of evidence demonstrates that there is much more to reality than simply matter, nature, and physical things. These arguments are based on logic and many of them are supported by scientific data. Science is the study of nature and is therefore impotent to disprove or even talk about things that are other than nature (supernatural). However, “scientific data can strengthen premises in philosophical arguments leading to logical conclusions with supernatural significance or theistic implications.”

Psalm 19:1 states, “Day after day your creation pours forth speech. Night after night it delivers knowledge.” Accordingly, some theologians study God’s WORD; others study His WORK! Scientists are actually theologians whether they realize it or not. Scientists study the work of God. Science and God are not in conflict, even though science and some religious claims might be. That is a topic for a different article!