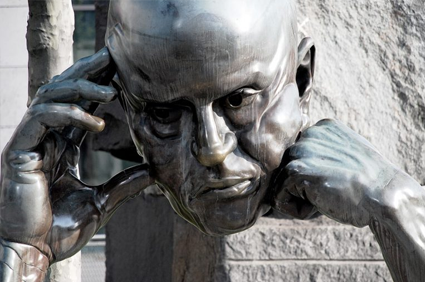 It never ceases to amaze me how many people seem to have a revulsion against the idea that humans possess genuine free will. Even when there is logical and deductive proof that we do possess this genuine freedom, many go to great lengths to reject it. With that said, however, those devoted to determinism do not think they have a choice to reject free will or not.

If we have the ability to ultimately and freely choose (at least some of) our beliefs, then this gets us into a philosophical concept called, “doxastic voluntarism.” Do not be intimidated by this terminology! Doxastic Voluntarism is just a fancy way of saying that human agents are responsible for and choose their own beliefs. This means that people possess the ability to determine what they ultimately believe, as opposed to some external factors forcing their beliefs upon them against their will (or lack of will).  That is to say, an individual may freely choose whether to believe a certain proposition or not.

It must be pointed out that there are two different views regarding doxastic voluntarism: direct and indirect. Direct doxastic voluntarism is the idea that one could freely choose to believe any old thing (or not) at any time. This view is simply false. For example, even if I were offered a billion dollars to really choose to believe (at this exact moment) that gravity does not exist, it would be impossible for me to really believe this proposition as true. I would need a powerful defeater against my belief in gravity.

With that said, however, indirect doxastic voluntarism seems to be true. If so, I am genuinely responsible for at least some of my beliefs in the sense that I can exercise freedom at various points in my life. For instance, I can freely choose what I will or will not consider or if I am open to a particular line of argumentation or not.

Determinists of every stripe reject the idea of indirect doxastic voluntarism because it implies libertarian free will to choose (at least indirectly) what they will or will not believe. However, when the determinist rejects the ability to freely think and the ability to choose his own beliefs, then he must also affirm that his belief that, say, “atheism is true,” is also forced upon him (if it is true or not). Moreover, and at the least, determinists must affirm that they have not freely chosen to believe indirect doxastic voluntarism is false!

Occasionally, a determinist will ask me how anyone (including myself) can be free to think or believe anything. I like to respond by encouraging the skeptic to examine his or her presuppositions. This is vital because I believe many of our beliefs are determined by our presuppositions. The question raised is this: Do we have good reasons to hold our presuppositions? If we do not, are we free to reject them and change our minds?

The former atheist and detective, J Warner Wallace used to presuppose philosophical naturalism. He states that his assumed blind faith (apart from good reason or evidence) in naturalism prevented him from even considering any claim of a miraculous event, including the many miracles recorded in the Bible. This blind faith assumption also prevented him from taking any argument for God seriously; including sound and logically deductive arguments. In fact, his presupposition forced him to disagree with the evidence before the argument even hit the table to be examined!

Wallace makes it clear that he never examined his presupposition. He goes on to say:

“That’s the way presuppositions work. They are so subtle and foundational most of us fail to either recognize or challenge them. But this is where decision-making truly lies: Not at the point where we first encounter the evidence, but back at the foundational level of our accepted presuppositions. If you want to chart a new course or make a foundational transformation in your thinking, you probably won’t get there by examining the evidence with more vigor. Instead, you’ll need to examine your presuppositions.”

—J  Warner Wallace (from, Why Do Two People See the Same Evidence Differently?)

It may well be the case that assumptions can determine one’s worldview. So, if one assumes nature is all that exists, then they are causally determined by that prior thought — their own prior thought — to then conclude that atheism is true. However, if one is really a free thinker, then he or she is free to examine their baseless assumptions and then choose to reject them (because there is no good reason to think it is true) or at least be neutral or agnostic on the issue.

When it comes to atheism or naturalism, a critical thinker must answer the question as to why they hold these assumptions. Many atheists think the problem of evil is reason to think that God does not exist; however, evil is actually a hostile witness against atheism. The atheist points to evil as evidence against God in the courtroom of public opinion. However, just as Kato Kaelin turned on the prosecution in the O.J. Simpson trial, now the existence of evil turns on the atheist prosecuting attorney and provides evidence for the existence of a Maximally Great — and perfectly good — Being (God). This can be demonstrated via deductive logic through a version of the moral argument:

It turns out that far from supporting atheism, the existence of evil is actually evidence for the existence of God. This is a powerful defeater against the atheistic worldview. Evil is not an intellectual reason to hold atheism. The worldview of atheism is still nothing more than a blind faith presupposition.

So, not only is there no good reason to think atheism is true, there is also a cumulative case of evidence pointing to the contrary. Many of these arguments conclude with the following: “Therefore, God exists!”

Suppose, however, that these arguments for the existence of God did not exist, or that each and every one of them were shown to be invalid or unsound in the future. Would that make it reasonable to affirm atheism? By no means! Consider Alvin Plantinga and an even number of stars:

“… Lack of evidence [for God], if indeed evidence is lacking, is no grounds for atheism. No one thinks there is good evidence for the proposition that there are an even number of stars; but also, no one thinks the right conclusion to draw is that there are an uneven number of stars. The right conclusion would instead be agnosticism. In the same way, the failure of the theistic arguments, if indeed they do fail, might conceivably be good grounds for agnosticism, but not for atheism. Atheism, like even-star-ism, would presumably be the sort of belief you can hold rationally only if you have strong arguments or evidence.”

Based on the fact that there is no strong evidence to think God does not exist (not to mention the fact that all of the data taken together supports Christian theism), a critical thinker should never profess atheism. As Plantinga likes to ask: “Why think a thing like that?” An honest and intellectual skeptic should never proclaim anything but neutral agnosticism.

The naturalist presupposes naturalism for no good reason at all. This is the epitome of “blind faith.” This blind faith assumption leads to a deterministic worldview which leads to no ability to ultimately choose to believe in naturalism in the first place. I challenge all of my naturalist friends to take the “presupper challenge.” Examine your presuppositions and choose to reject them (or to at least be 50/50 on them) if there is a lack of good reason to think these assumptions are true. After all, if you have no good reason to think your presuppositions are true, why hold them at all?

A naturalist presupposes a worldview that destroys the ability to choose his foundational assumption in the first place; let alone the ability to freely examine them! If a naturalist asserts his belief, that nature is all that exists, is not a blind assumption, but rather a conclusion, then I point out that one cannot rationally conclude a model of reality which destroys the very method he used to rationally reach his conclusion.

Free your mind by choosing to reject blind faith assumptions!

As I pointed out above, it seems impossible to freely choose to believe any old thing at any time. However, we have the ability to make free choices “along the way” that seem to determine (or at least highly influence) our current beliefs. Moreover, we are free at any time to go back and examine our assumptions and presuppositions which our current worldview is based. Just as Morpheus challenged Neo to rethink his assumptions in The Matrix, I challenge you to do the same thing: “Free your mind.”

If your foundational assumption does not allow you to make any choices — including a choice to examine your assumptions — then you have two options:

2- Lose all rights to rationally argue for your world view.

So, you might be wondering if I have examined my assumptions and presuppositions. Yes, I have! I realized what assumptions I was holding and dropped them until I could rationally conclude them either deductively, abductively, or as properly basic.

Do I hold any current assumptions? What I can see is that I do hold at least one, but it appears to be properly basic (and thus it is warranted): I assume that logical deduction demonstrates truth, and that truth corresponds to reality (if one argues against this proposition they must appeal to it). Thus, based on my properly basic belief that logic is bedrock, I have logically concluded libertarian free will exists, the soul exists, naturalism is false, God exists, God raised Jesus from the dead, Christianity is true, the Bible is reliable, scientism/empiricism is false, and so much more!

Therefore, if logic is bedrock, then it follows that I am justified in making these knowledge claims which are based off of logical conclusions. 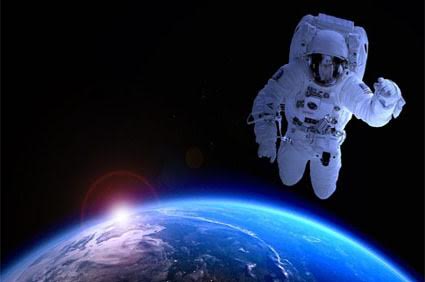