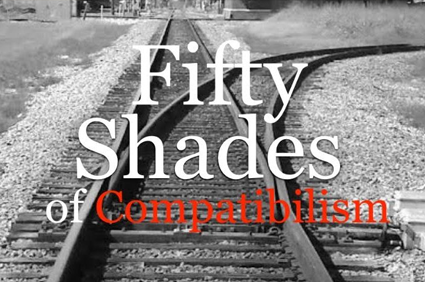 What is “compatibilistic free will”? Years ago when I first heard of this doctrine it shocked me. Intuitively I thought it did not make sense. How can God determine (force) someone to freely do something? Little did I know that it is one of the most discussed doctrines in modern philosophy and theology.

Roughly, compatibilism is the view that there is no real conflict between determinism and free will. Tim Stratton and I have had numerous exchanges with compatibilists of all “shades” in the past and in recent weeks. However, one of these exchanges stands out from the others, both for its unique version of compatibilism called “semi-compatibilism” and for the manner in which the dialogue was carried out.

Semi-compatibilism differs from compatibilism in that it does not hold to the view that determinism is somehow compatible with free will, rather, the view argues that responsibility is compatible with determinism. The most prominent semi-compatibilist, John Martin Fischer, argues that the assumption that freedom and responsibility necessarily go together should be challenged. He is also convinced by the Consequence Argument that determinism rules out alternative possibilities. He also contends that Frankfurt examples demonstrate that responsibility does not require alternative possibilities.

So what are these Frankfurt examples? These are thought experiments that are supposed to demonstrate that agents can be held responsible for actions, even if they could not have done otherwise; they are supposed to refute the principle of alternative possibilities (PAP).

Fischer also contends that agents need what he calls “reason responsiveness” in order to be held responsible. That is to say, they must have had reasons for choosing as they did. They could not be an addict led around by compulsiveness. But this seems inadequate, one could easily imagine a scenario where an agent perfectly understands the reasons for committing an evil act, but if God causally determined him to act as he did, and God determined the agents inclinations, then who should be held responsible?

This is what one prominent philosopher communicated to Stratton and me on the issue:

I agree with you essentially. Guidance control without regulative control does not allow for alternate possibilities. It may be question begging to say we do not make “genuine choices” but certainly we are not the “source” of those choices in a way that gives us control to choose differently. And our “responsibility” in this case seems even more diminished if an intelligent agent (God) is purposely determining things so we “guide” things exactly as we do. Or so it seems to me.

In short, this means so long as God is causally determining our intentions, inclinations, thoughts, and so on, then we are not the source of those choices, thus we really don’t have guidance control, we aren’t guiding anything, God is. Moreover, we would not have reason responsiveness either because the source that our reasons come from—inclination—is outside ourselves. This puts the responsibility for the choice back on God.

Ishtiyaque Haji has argued that causal determinism is not compatible with judgments employing any sense of moral obligation (right, wrong, ought, ought not). Haji argues as follows:

In response to this argument Fischer attempts to reject premise (3*), the “ought implies can” maxim. Fischer claims his reason for rejecting this premise is the Frankfurt-type examples discussed earlier. He thinks there are cases in which an agent is morally responsible for not Xing, although he couldn’t have done otherwise. But as Tim Stratton has pointed out (here, and here), if God causally determines everything a person thinks and does, then it seems that would nullify any sense of moral responsibility for the agent because he would not have guidance control or reason responsiveness, God would have determined the path beforehand.

Fischer admits that his argument using the Frankfurt type examples is not decisive against the “ought implies can” maxim. He remarks:

“I suppose that someone might insist that ‘ought-implies-can’ is a conceptual truth. It must be admitted that my argument against this maxim is not decisive. If the maxim is indeed valid, then I would grant that causal determinism rules out the judgments of deontic morality. Would this be a disastrous result for a ‘semi-compatibilist’, that is, someone who believes that causal determinism is compatible with moral responsibility, even though it rules out the sort of free will that involves alternative possibilities? Perhaps (on the assumption that the ‘ought-implies-can’ maxim is valid) one will have to bite the bullet and accept that the interconnected circle of judgments of deontic morality is inapplicable in a causally deterministic world. . . “

It seems to me that this view is either nonsensical or needs much further development. For instance, it also seems to go against the intuitive principle of Deontic Consistency (PC). This principle says that an action cannot be both obligatory and forbidden. In the case of Fischer’s semi-compatibilism it seems that the agent is held responsible because he chose the one path and not the other. He ought not have chosen the path he did in fact choose, he ought to have chosen the other. But, remember given semi-compatibilism, that path was not possible. Thus, I think it is fairly clear that this view is not consistent.

Tagged with: Compatibilism • Determinism • Free Will • libertarian free will • ought implies can • semi compatibilism 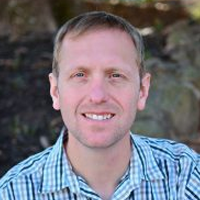