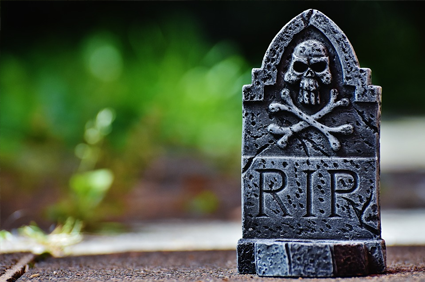 It’s the zombie argument. The objection that won’t stay down: the Euthyphro dilemma. Skeptics just can’t accept the fact that Euthyphro has been dead for centuries and keep dragging him out of his grave.

In case you don’t know who Euthyphro is, let me introduce you to him. Euthyphro is a character from one of Plato’s writings who has a discussion with Socrates about the gods and piety. His dilemma has been repurposed as an argument against the goodness of God and can be stated as follows:

Is something good because God commands it or does God command something because it is good? In the first option, God’s commands seem arbitrary, that he could have easily commanded murder and rape to be good and love and kindness to be evil. In the second option, God merely reports to us the commands of some other moral standard that even he is subject to. So we’re caught in a dilemma: either God’s commands are arbitrary or he is not the ultimate authority. This is the Euthyphro dilemma.

At first it seems like we’re stuck. Except, as mentioned earlier, this dilemma has been resolved for centuries: God is good. He is the source of goodness. He is the moral standard. His commands are not arbitrary, nor do they come from some standard external to him. They are good because they flow from his innate goodness. Dilemma averted.

Now I know this doesn’t settle the issue of God’s goodness. Since this article is only intended to discuss the Euthyphro dilemma, I’ll just briefly touch on two related objections:

1 – God is not good. This is typically in response to an action or command from God in the Old Testament. And I agree that there are some things that are hard to understand and need to be discussed. But generally speaking, if we question God’s goodness, what are we judging him against? Our own moral standard? Then it’s our opinion against God’s and, if he truly exists, I’m going to trust his judgment over any finite, fallible human’s.

The best you can do is try to find some kind of inconsistency in God’s moral character. But then you can still only judge him against himself, which would point you back to objection 1. And even if you feel that one (or both) of these objections has not been resolved, my broader point is that the Euthyphro dilemma fails as a dilemma since there’s a third possible option, whether you like it or not. Thus, it’s an invalid argument.

Why do skeptics keep digging him up? You may as well as ask why zombies keeps coming back. Because they do. That’s what makes them zombies. Bad arguments will always come back into fashion. But you need to see Euthyphro for what he is: a dead, defeated argument. Yet unlike zombies from tv shows and movies, he has no bite. He doesn’t even have teeth. His dilemma has been resolved for centuries.

So if you’re looking for an argument against God’s goodness, Euthyphro is not your man.