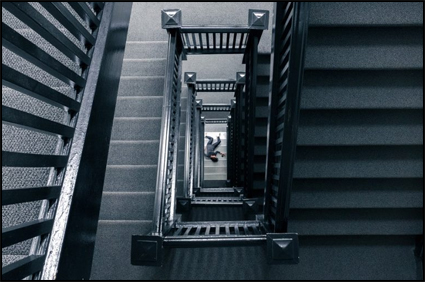 Recently I was engaged in a respectful conversation with Calvinists regarding divine determinism and why I reject the “I” (irresistible grace) of TULIP Calvinism. It did not take long before an Open Theist came along with objections against both Calvinism and Molinism. Obviously, both the Open Theist and I agree that deterministic Calvinism is problematic; however, this particular Open Theist was quite aggressive in his disdain of Molinism. He contends that Molinism entails fatalism in the same manner as deterministic Calvinism. He offered the following argument for Theological Fatalism vs Molinism:

(2) If E occurred in the past, it is now-necessary that E occurred then. [Principle of the Necessity of the Past]

(7) If it is now-necessary that T, then you cannot do otherwise than answer the telephone tomorrow at 9 am. [Definition of “necessary”]

(8) Therefore, you cannot do otherwise than answer the telephone tomorrow at 9 am. [6, 7]

(9) If you cannot do otherwise when you do an act, you do not act freely. [Principle of Alternate Possibilities]

I had previously seen this argument and was not impressed as it seemed to commit a modal error similar to the following mini-argument:

The mini argument’s conclusion is faulty based on the rules of modal logic. The word, “necessarily,” does not belong in the conclusion. According to the rules of modal logic, (3) should simply read: “Therefore, I will do X.” However, “will” does not mean “must.” Thus, God’s perfect knowledge of human libertarian free will choices is still on the table. This means that one is completely free to do other than X, even if God simply knows that you will freely choose to do X, even though you had the freedom and ability to logically do otherwise.

It seems syllogisms of this type are becoming more popular on social media. In fact, not long ago an atheist raised objections to me against Molinism with a similar argument! I have witnessed several atheists passionately argue against Molinism over the past few years.

Side note: I am fascinated to see committed atheists aggressively argue against Molinism! Why should the atheist care what view a Christian holds of divine sovereignty and human responsibility? I believe it comes down to the fact that Molinism destroys (2 Cor 10:5) their favorite argument raised against the knowledge of God — the so-called, “Problem of Evil” (See Lex Luthor’s Lousy Logic). If their only argument for atheism is destroyed by Molinism, then the committed atheist will argue against Molinism just as vehemently (if not more so) than the Calvinist and Open Theist!

With this in mind, I think it vital to respond to the longer version of this argument. To be clear, I take issue with premises (2) and (7) while (9) is plainly false. Consider step (9) of the syllogism:

Sufficient but Not Necessary

“(9) If you cannot do otherwise when you do an act, you do not act freely. [Principle of Alternate Possibilities]”

Step (9) of the argument is false as many advocates of libertarian freedom do not hold to the principle of alternative possibilities (PAP) and have demonstrated the PAP is not always necessary for a person to be free in a libertarian sense. These folks are referred to as “Frankfurtians.” I have previously discussed Frankfurt examples (See Libertarian Freedom Fighters) and have noted that one can still possess libertarian freedom even if they cannot act otherwise. The PAP is a sufficient condition of libertarian freedom; however, as many Frankfurt examples have demonstrated, the PAP is not a necessary condition when it comes to human actions.

All one must do to debunk an argument is show at least one premise to be false. Premise (9) is false, thus the argument fails. But this popular argument possesses more problems.

“Proving too much” is a logical fallacy which occurs when an argument reaches the desired conclusion in such a way as to make that conclusion only a special case or corollary consequence of a larger and obviously absurd conclusion. Randy Everist, a PhD candidate studying theological philosophy at Birmingham University, notes the argument for fatalism commits this fallacy as God is unneeded for the entire argument. He points out that according to this reasoning, if any future contingent possess a truth value, then fatalism follows. For example:

“Donald Trump will serve a second term as POTUS.”

People who reject this conclusion while thinking God’s omniscience presents a special problem are being inconsistent.

Consider Everist’s non-theological revision of the argument for fatalism:

In the same way, no matter how ingenious the argument, fatalism must be wrong. For it posits a constraint upon human freedom which is altogether unintelligible. The fatalist admits that our decisions and actions may be causally free–indeed, they could be utterly uncaused. Nevertheless, such actions are said to be constrained–but by what? Fate? What in the world is that? How can my action be constrained and my power limited merely by the truth of a future-tense statement about it, especially when my action is causally unrestrained? — Only Wise God, pp. 68-69.

How does the addition or deletion of the factor of God’s simply knowing some free act in advance affect the freedom of that act? This is utterly absurd and the fatalistic conclusion must be false. Somewhere there is a fallacy in the argument, and we need only examine closely and carefully to find the error. It seems we have found the errors and Everist continues to point them out and notes:

Now the above should suffice for all those who reject the normal fatalist argument but accept the theological fatalist one. But what about the one who accepts the fatalistic argument; e.g., if there are any future contingents that are true at all that fatalism follows, regardless of theology?

For these individuals, Everist suggests we make a case that (2) is false. This is because the argument’s proponent is taking on the controversial view that there are hard facts about the past. He notes:

Problematic premise (2) states, “If E occurred in the past, it is now-necessary that E occurred then.” It is necessary in the sense that the past cannot be changed, but that does nothing to support the notion that E necessarily occurred. It would be accurately stated in the following: “it is now-certain, as it happened certainly but not necessarily.”

Next, examine another problematic premise. I have a problem with the “cannot” in premise (7). As my fellow FreeThinking Minister, Adam Coleman noted,

I would argue that it would be appropriate to say, “will not,” but “cannot” does not necessarily follow.

Bottom Line: the argument attempting to show that God’s perfect knowledge entails fatalism fails for several reasons. First, the argument proves too much and reaches absurd conclusions that must be false. This means a rational person is well within their rights to reject the conclusion even if they have not spotted problems with the premises. Be that as it may, there are at least two problems with the premises as both (2) and (7) are suspect due to modal mistakes and (9) is clearly false. Thus, not only is a rational person not obligated to accept the conclusion of this argument, they should not believe that God’s perfect knowledge entails fatalism.

Molinism escapes fatalism because if true, then one is free to act other than the way God knows one will act — YOU are free to change what God’s knowledge would have been. In other words, Molinism gives you a functional equivalent to backward causation. But it is not backward causation and so avoids the problems associated with it. If you have the power to change what the past would have been, then fatalism goes out the window.

I must thank all of my fellow philosophically inclined theologians at the Official Molinism FB group! Edouard A. Karam, Logan Meyer, Daniel Serrano, Richard Porter, Adam Coleman, Tommy Cunningham, Luke Van Horn, Travis Strickland, David Long, Josh Rosario, Shannon Byrd, Kirk MacGregor, and Randy Everist all contributed to this article by discussing this topic with me. I am humbled to be associated with such deep thinkers!