One distinctive feature of Molinism is the idea of Middle Knowledge, whereby God knows what any possible creature would freely do under any possible set of circumstances. Hence, the content of this knowledge is said to include all true Counterfactuals of Creaturely Freedom (CCF).

An interesting question arises when we ask ourselves “Does God also have Middle Knowledge of His own free actions, i.e. Counterfactuals of Divine Freedom?”

By way of summary, here is how Molinists distinguish those categories:

William Lane Craig describes the notion of logical priority in the following way:

It should also be emphasized that there is not a single moment in time where God does not know something. Although there is a logical succession in God’s omniscience, there is no temporal progression (See A Choice Apart from Time). God eternally possesses all of His knowledge and never learns anything new. It is just that some truths are logically and explanatory prior to others.

John Laing gives a good example to understand the distinction:

“Logical priority is used to mean that while a dependency relationship exists between items in the content of God’s knowledge, there was never a time when God lacked some knowledge. While God’s knowledge of “one” and mathematical concepts is logically prior to his knowledge of “one plus one equals two,” there was never a time when God did not know “one plus one equals two.” Logical priority and logical dependency should not be confused with temporal priority, even though, in human knowledge, they go together because of our ignorance and finitude (e.g., I had to first learn the concepts of “one” and “two” and addition before I could know that one plus one equals two).” [2]

So, back to the initial question, stated another way: “Does God knows what He Himself would have done in any possible set of circumstances? If so, where is this knowledge located?”

Someone might suggest that God knows this via His Middle Knowledge, alongside with the other counterfactual truths. But this suggestion seems mistaken and a little reflection shows why this won’t work.

As Tim Stratton has explained:

“If God is both omnipotent and omniscient (eternally without beginning) . . . God has the power to create free creatures and knows how they would freely choose if He creates them.”[3]

Here is how William Lane Craig explains it:

As Craig succinctly expresses it:

Therefore, God cannot have Middle Knowledge of His own free actions.

But surely God knows what He would have done under other circumstances. So where should we locate the counterfactuals of divine freedom?

The answer is found in His Free Knowledge.

In the divine decree, God, by an act of absolutely complete and unlimited deliberation, made on the basis of both the purely natural knowledge and [middle knowledge][7], not only decides which world among the range of feasible worlds will be actual, but He also decides what He would have done in any other possible set of circumstances.

Molina expressed it this way:

“Through His free knowledge, which follows upon the act of His will, He knows in that free determination of His will what He would have willed in any circumstances and under any hypothesis that could have obtained and did not obtain.”[8]

In other words, God’s knowledge of what He would do under any circumstances is determined by the decree of His will and is thus part of His free knowledge.[9]

God does have counterfactual knowledge of His own free actions, but this knowledge is not located in His Middle Knowledge, because, being logically prior to the divine decree, the content of Middle Knowledge would not be under God’s control.

Rather, God’s knowledge of all counterfactuals of divine freedom is located in His Free Knowledge.

In the divine decree, God simultaneously decides what world will be actual and also decides what He Himself would have done under any other possible set of possible circumstances.

So, following His decree, God knows via His Free Knowledge every contingent truth about the actual world and every Counterfactual of Divine Freedom. 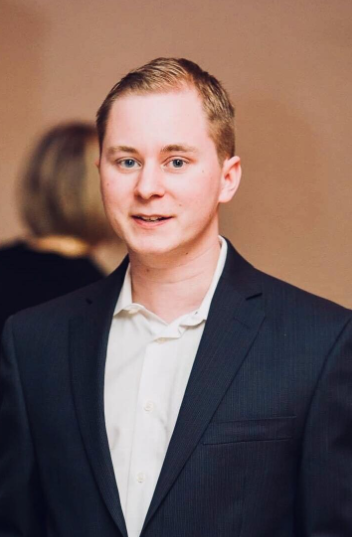 Samuel Bourassa is a French Canadian (Quebec city, Canada), who is passionate about learning new things about God and the Bible. Working as a CPA full-time, he spends much of his free time studying apologetics, with a special interest on Molinism. He loves having thoughtful discussions about God and the nature of reality with other people, always being mindful of the primary goal of "putting a stone in someone's shoe."