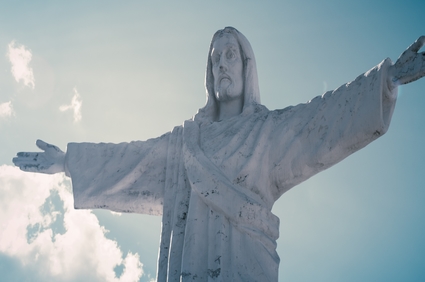 What would you say if someone asked you, “Did Jesus say He was God?” In this post, I’ll give you a few talking points that you can use to give a thoughtful response to a question like this. But first, let me tell you a little story.

One day, I was at this family reunion at my in-laws’ place when a relative decided to engage me in a religious conversation. Now you have to understand that I usually don’t go looking for these kinds of discussions at parties. What I was looking for was more potato chips. Why? So I could try some of this homemade blue cheese dip–a secret family recipe!

As a World Religions professor at a couple of universities, I hear this “Did Jesus say he was God” challenge a lot. The popular concept is that Jesus of Nazareth never said He was divine or never claimed to be the Son of God. But what about this? Did Jesus really say He was God? What does the historical evidence actually show?

Did Jesus really say He was God?

That’s exactly how Jesus’ original audience seemed to take it when He said, “I and the Father are one.” In fact, the Jews were ready to kill Him right there! Why? “Because you,” they said, “a mere man, claim to be God” (John 10:33).

On another occasion, He used the personal name of Israel’s God–the name revealed to Moses (Exodus 3:14)–to refer to Himself. And He even used the Torah for context, so no one would misunderstand Him: “Before Abraham was, I AM” (John 8:58).

This would be about wild as telling a Muslim, “I am your God, Allah.” Don’t try that in Saudi Arabia! It’s no wonder the Jews tried to stone Him to death. That was the exact penalty for blasphemy under the Jewish legal system.

So, he wasn’t saying something like “I’m some other, generic god” like he was advocating polytheism. Not at all. It was pretty clear to everyone there that He was being much more specific…

Jesus was saying, “I am Israel’s God.”

So did Jesus say He was God? Not in the way you might have expected him to. But as Dr. Michael Kruger says, “We should not confuse the directness of a claim with the existence of a claim.” The historical evidence shows that Jesus actually claimed to be the God of Israel.

Indeed, Jesus didn’t have to say the words “I am God,” in order to claim to be divine. But why is this a problem? Look, I don’t have to say the exact words, “I am married” to indicate that I’m married. I can tell you, “I’m her husband,” or “this is my wife,” or “it’s our 16th wedding anniversary.” The question is, what did the people who were actually a part of conversation think about what Jesus said?

Jesus often showed people, by his actions, that he had divine authority.

For example, he claimed to forgive sins (Mark 2:1-12). While priests and prophets could mediate forgiveness by praying for people, forgiving sins committed against God was something the Jewish scribes believed only God had the authority to do.

Question: Who runs the Sabbath? Um… that would be God.

So Why Don’t People Get It?

Honestly, some never look into it. It’s interesting how so many intelligent people seem allow pop culture to form their opinions on the history of Christianity. Others never look into it honestly. But some will actually be open-minded, looking into the data for themselves and give the Bible a fair hearing. Why don’t some of these people get it right away?

Jesus claimed to be God in ways that were pretty clear to the people He was talking to. Our problem as 21st century readers, is that we might not easily get what some of Jesus’ sayings actually meant to the people who were part of the conversation. For example, Jesus also claimed to be divine when He said He was the “Son of Man.” I’ll admit that the first time I heard this title, I thought it was kind of like Muhammad saying, “I am but a man like you” (Qur’an 41:6)—Now there’s a religious figure who never claimed to be God! But this isn’t what Jesus meant at all. Let’s take a look at the term, “Son of Man.”

Jesus claimed to be the Son of Man

“Son of man” was often just used to refer to a regular guy, but many times when Jesus used it, he was referring to a very specific “Son of Man;” The “Son of Man” the prophet Daniel talked about back in the day. Interestingly, this seems to be Jesus’ favorite thing to call Himself–He uses it 80 times in the New Testament Gospels. And it’s only used 1 time outside the gospels (Acts 7:56). So this probably wasn’t something the church made up. Think about it: How many modern worship songs can you think of that use the term, “Son of Man?” So this title probably didn’t emerge later on in history and it probably wasn’t written back into the earlier traditions about Jesus.

But why is this reference to a specific “Son of Man” important? Because it’s referring to a figure that Jews recognized as having divine authority. Here’s what the Jewish prophet Daniel wrote (7:13-14):

In my vision at night I looked, and there before me was one like a son of man, coming with the clouds of heaven. He approached the Ancient of Days and was led into his presence. He was given authority, glory and sovereign power; all peoples, nations and men of every language worshiped him. His dominion is an everlasting dominion that will not pass away, and his kingdom is one that will never be destroyed.

Here’s my point: The “Son of Man” in Daniel’s vision is rightful heir to the divine throne. According to the prophecy, He’ll rule forever. Nations will worship Him and His kingdom will be unstoppable.

Keep that in mind for a minute. I’m going somewhere with this…

Jesus claimed to be the Divine Messiah

Back to my family get-together. I asked the lady where she heard that Jesus never claimed to be God. I let her talk and explain her ideas. Then, I gently took my Bible back from her and asked, “Could you read this for me?” I turned to Jesus’ trial, as recorded by Mark (14:60-64). She read the record of Jesus’ cross-examination:

Again the high priest asked him, “Are you the Messiah, the Son of the Blessed One?” “I am,” said Jesus. “And you will see the Son of Man sitting at the right hand of the Mighty One and coming on the clouds of heaven.” The high priest tore his clothes. “Why do we need any more witnesses?” he asked. “You have heard the blasphemy. What do you think?” They all condemned him as worthy of death. (63-64).

But then, Jesus follows up with, “I’m also the Son of Man. And you’ll see me seated at the right hand of Power and coming on the clouds of heaven.” That’s when people freaked out. Why?

To the Jewish leadership, Jesus basically said, “Look, there’s going to be another trial one day. And you won’t be judging me. You know that guy in Daniel’s vision? That’s me.”

The high priest didn’t misunderstand Him for a second. The guy’s response was essentially, “Yikes! You just said you’re God and everyone should worship you!”

While some may choose to reject the high view of Jesus in the Gospel of John, it seems tough to give Mark a fair reading without acknowledging this scene.

But all this just expressed what Jesus already seemed to assume by walking around and doing the things He did—things like claiming to forgive sins (Mark 2:5-11, Luke 5:20-24). Heaven and earth come together in the title, “Son of Man.” As Darrell Bock says:

Darrell and I actually go into more detail about this in a lively conversation with Justin Bass on the Table Podcast. If you’re interested in this topic, I highly recommend you check it out here: Did the Historical Jesus Claim to Be Divine? [Video Podcast]

Jesus said He was God through His words and actions

If you’re willing to look at the historical record, you’ll find that there’s a reasonable explanation for the early Christian belief that Jesus was divine: Jesus Himself said He was. Even people who hated Jesus attest to the fact that this is what He said about Himself. And He certainly didn’t object when people worshiped Him or called Him God (John 20:28-29).

But what happened at my little family get-together? The woman decided to change the topic and drop it. I don’t think she’d ever seen these reports in the Bible before. I almost felt bad for her and just let it go. After all, this was a casual family reunion and I think she got the point.

I went back to look for more chips. And I finally got to that blue cheese dip, too! 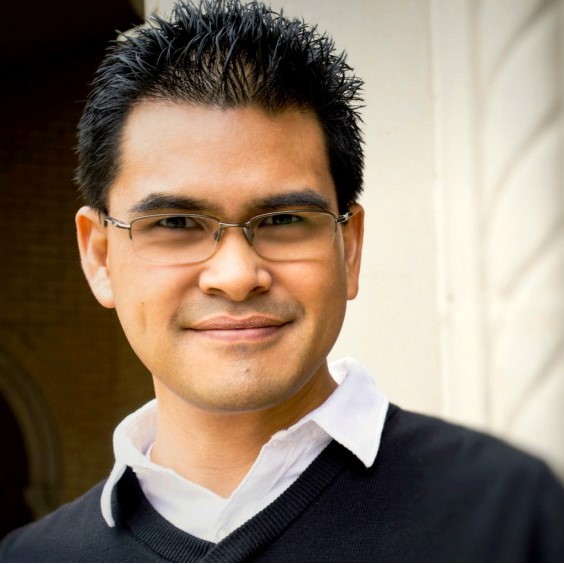 Mikel Del Rosario is a doctoral student in New Testament Studies department at Dallas Theological Seminary. He teaches Christian Apologetics and World Religion at William Jessup University. Mikel is the author of Accessible Apologetics and has co-authored over 20 journal articles on apologetics and cultural engagement with his mentor, Dr. Darrell Bock. Mikel holds an M.A. in Christian Apologetics with highest honors from Biola University and a Master of Theology (Th.M) from Dallas Theological Seminary where he serves as Cultural Engagement Manager at the Hendricks Center, a Dallas think-tank shaping courageous, compassionate leaders. Visit ApologeticsGuy.com. 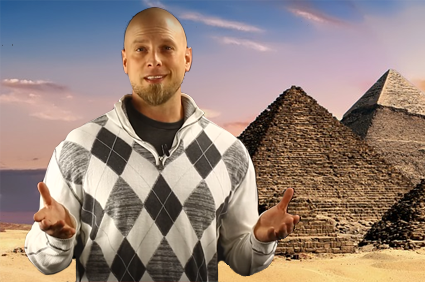